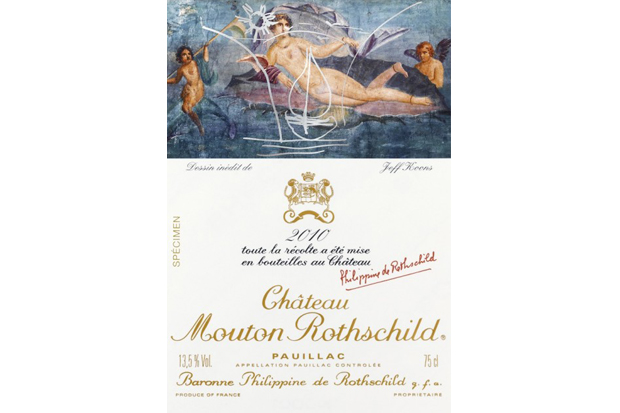 The artist known for his reproductions of banal objects—such as Balloon animals produced in stainless steel, continues the annual tradition to produce a label for the celebrated wine of Chateau Mouton Rothschild.

The bottles which bear Koons’ design illustrates a fresco from ancient Roman Pompeii combined with a silver line drawing depicting a sailing boat and a sun. Already sold to suppliers around the world, Jeff Koons 2010 Mouton Rothschild will retail at a price of 800 euros and upwards.

Jeff Koons became the world’s most expensive living artist after his multi-coloured steel was sold for US$33,682,500 at Christie’s New York. 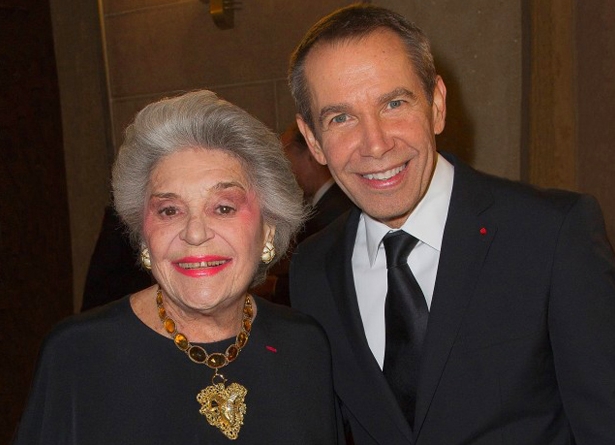 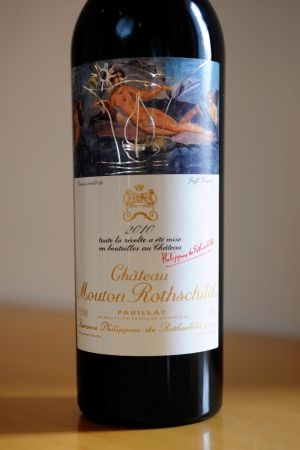