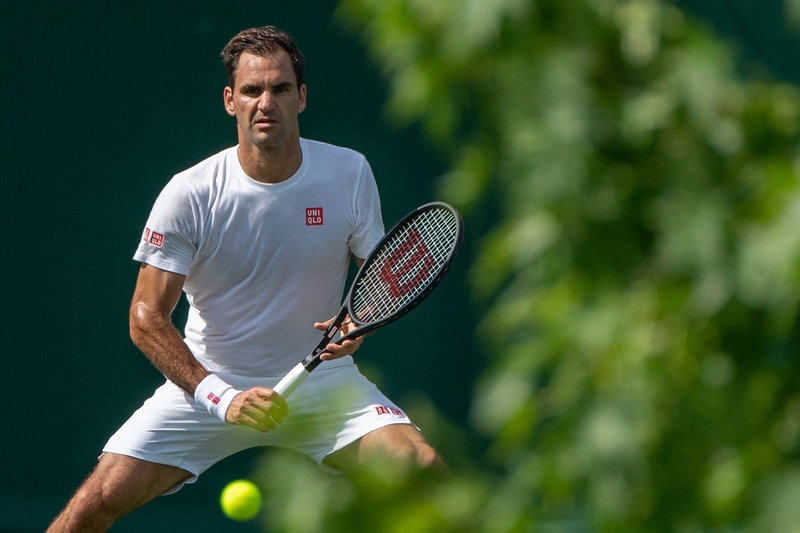 It might not quite be a Wimbledon tradition along the lines of the all-white dress code but the sight of players’ discarding the plastic cover from a freshly strung racket is a familiar one at SW19.

However, it will not be seen at this year’s championships, which begin on Monday – or in future Wimbledon tournaments – after a review of use of plastics, and sustainability generally, by the All England Lawn Tennis Club (AELTC).

The removal of plastic bags from the player racket stringing operation means there will be 4,500 fewer plastic bags used at this year’s championships, according to the club.

Awareness of – and concern at – the effects of plastic waste on the oceans is growing and players and racket stringers alike havE dismissed the idea the covers have any practical purpose. Kevin Anderson, the losing men’s singles finalist last year, and the vice-president of the ATP player council, has voiced his desire to abolish them across the Tour.

Richard Lewis, the chief executive of the AELTC, said “We believe that Wimbledon, along with other major events, has a vital role to play in helping to protect the environment, today and for the future.”

There will be other changes at this year’s tournament, including relating to plastic bottles, which were a talking point last year with players including Johanna Konta and Kyle Edmund among those who expressed concern.

While the AELTC is not going as far as Glastonbury, which has banned single-use plastic, or the Oval cricket ground, which is looking to follow suit, it says tournament sponsor Evian will launch its first 100% recycled and 100% recyclable water bottle at this year’s championships.

The club also says that it has upped the percentage of recycled content in food and drink packaging, with cups for its famed strawberries and cream made from 70% recycled plastic.

No waste from last year’s championships went to landfill, with non-recyclable waste used to produce electricity. But the AELTC wants to increase the proportion of waste entering recycling this year and to that end will have staff guiding the public to discard waste into appropriate higher visibility bins.

The AELTC banned plastic straws last year and in an attempt to reduce its environmental impact last month it signed up to the United Nations’ Sports for Climate Action Framework, which aims to encourage and assist sporting organisations to implement the Paris climate agreement.

Unlike the plastic racket covers, the all-whites will not be disappearing from SW19 but they too are changing with the times, with some of the sport’s biggest names wearing a specially designed environmentally friendly range of clothing this Wimbledon fortnight.

Angelique Kerber, Caroline Wozniacki, Garbiñe Muguruza, Alexander Zverev, and Dominic Thiem, Stefanos Tsitsipas will all be wearing the Stella McCartney-designed Adidas kit. It is partially made from Parley Ocean Plastic, a material created from upcycled plastic waste intercepted from beaches and coastal communities before reaching the ocean, which is then converted to yarn.

Mike Childs, the head of policy at Friends of the Earth, said: “It’s encouraging to see major sports venues like Wimbledon increasingly taking steps to reduce their environmental footprint – but most still have some way to go.

“Sports stadiums must put environmental sustainability at the heart of their operations and do what they can to minimise their impact on the planet. This should include timetabled targets for slashing climate-wrecking emissions and becoming single-use plastic-free.

“The UK holds numerous world-class sports events every year; the venues that host them should be aiming for excellence off the pitch, court and fairway – as well as on it.”