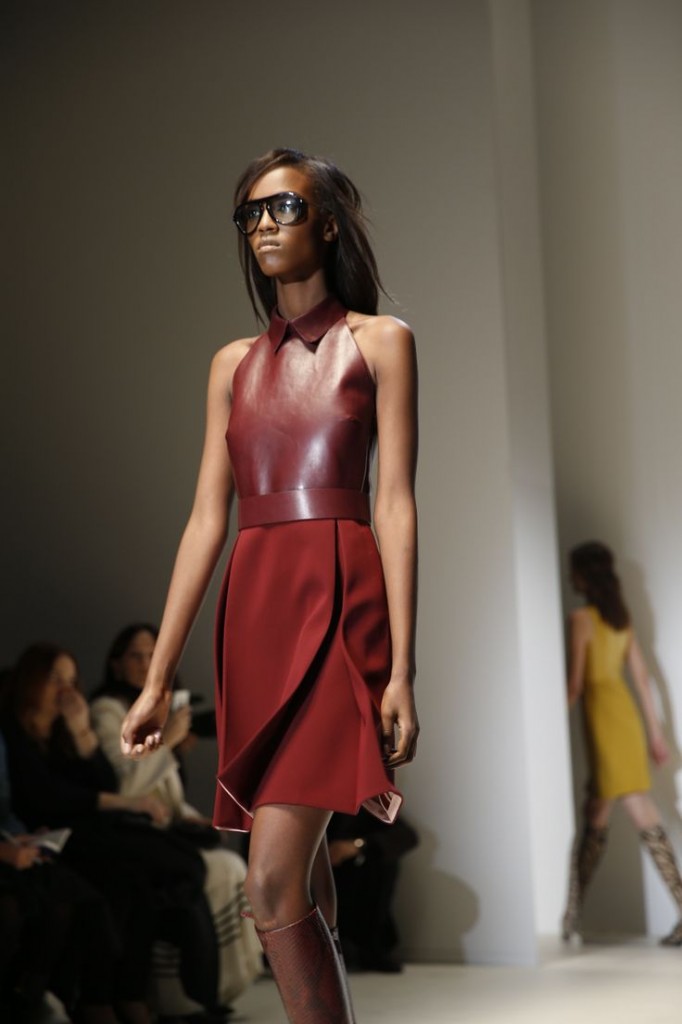 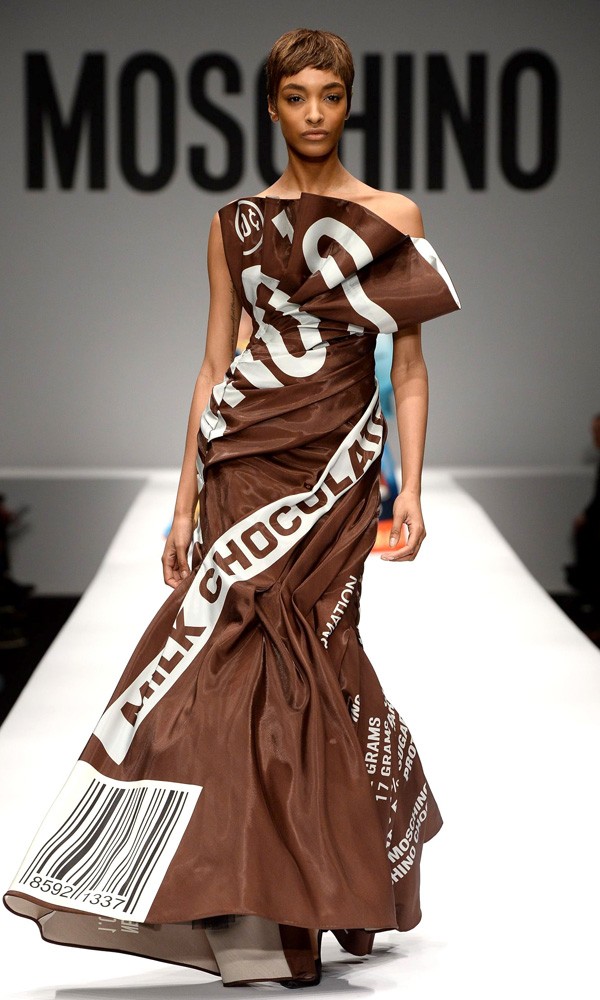 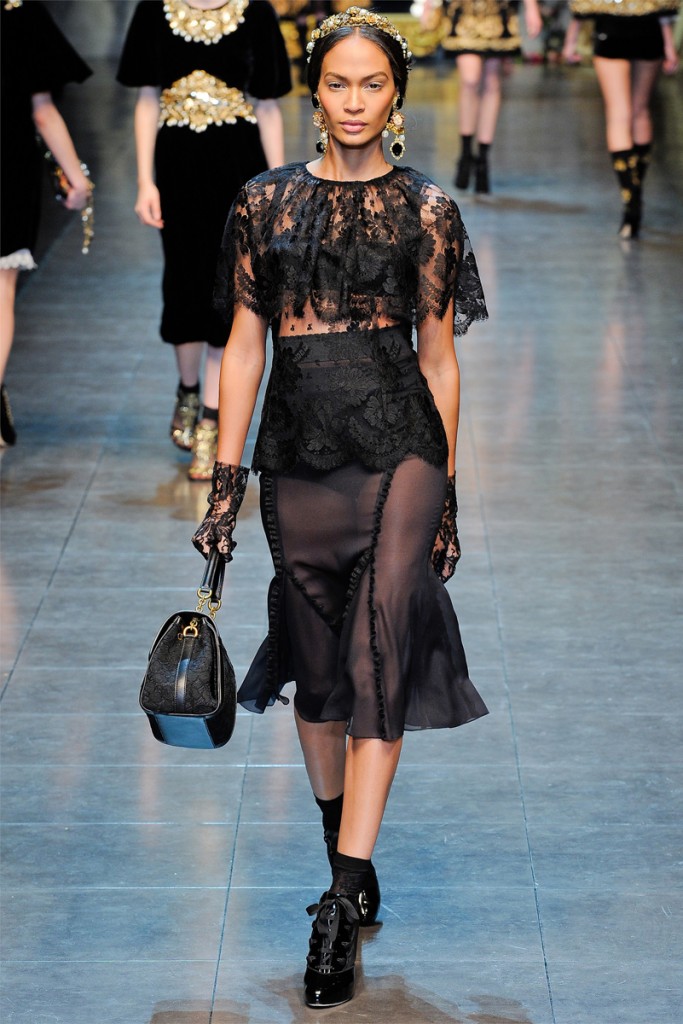 This article titled “Why black models are rarely in fashion” was written by Hadley Freeman, for The Guardian on Tuesday 18th February 2014 17.26 UTC

With London fashion week finishing and Milan fashion week beginning, I can exclusively tell you white is BIG this season. It is not quite as dominant a trend as it has been in seasons past – some would argue its ubiquity is fading somewhat – but it is still, undoubtedly, a mainstay.

Obviously black as a clothing colour is de rigueur – so slimming! – but as a skin colour it has, shall we say, struggled to be accepted by the fashion mainstream. Asian models have grown in prominence over the past decade to appeal to the Asian market (and we’ll come back to this shortly) but black models are still too often relegated to token status, even though one of the most successful models in the world now, Joan Smalls, is black. If you are confused by this, don’t worry, the fashion industry is, too.

I unashamedly love fashion, but there is much for which the fashion industry deserves to be to be criticised: the obsession with skinniness, the fetishisation of youth, the misogynistic promotion of fashion items that are, quite frankly, torturous (6in heels, I’m looking at you). But the grotesque element in fashion that I personally find the most egregious is its blatant racism. Black models never, with single-digit exceptions in a decade, appear on the cover of major fashion magazines, because, as the black model Jourdan Dunn told the Guardian last year, “people in the industry say if you have a black face on the cover of a magazine it won’t sell”.

Then there are the fashion shows. Until this season it was by no means uncommon to go to a show and see only white models on the runway. Jezebel.com has charted the presence of models of colour at New York fashion week and there is no doubt there has been an improvement: at the shows this time six years ago, 87% of the models were white, 4.9% were black, 5.4% were Asian and 2.7% were Latina. This month the stats were, respectively, 78.69%, 7.67%, 9.75% and 2.12%. The shows in London have also shown an increased effort at acknowledging diversity, with special credit going to Burberry, Topshop and Tom Ford. Whereas several shows last season were all white, as the Sunday Times pointed out last weekend, this time none of them were.

But let’s look at these stats with standards that are slightly higher than a grasshopper’s knee. For a start, for American designers to choose more than three-quarters of their models from the Caucasian demographic is, to say the least, hardly reflective of the country. Some of those formerly all-white London shows, such as Paul Smith, cast a grand total of one black model and a whopping two Asian models. Insert slow applause. Moreover, these changes have only come about with heavy effort from the Council of Fashion Designers of America in the US and the British Fashion Council in the UK, which sends out letters every single season to designers specifically asking them to reflect London’s diversity.

Stories of industry racism are now so well known it’s easy to become blase about them, and many come from the few successful black models in the business. Dunn has spoken out repeatedly and bravely about how she is often turned away because the client “doesn’t want any more black girls” and is rejected for being “coloured”. Similarly, Chanel Iman told the Times last year that designers have rejected her from shows because: “We already found one black girl. We don’t need you any more.” Smalls told Elle last year that she’s been told: “You’re a black model. It’s a challenge.”

The blame here lies with fashion editors, designers and, to a degree, casting directors for the shows (although these people work for the designers so the buck stops with them). Last year, Buzzfeed spoke to several casting directors about the problem and their answers were, in different ways, illuminating. Some, such as James Scully, spoke out against the problem, lambasting Dior, Saint Laurent, Louis Vuitton “and kind of every other important fashion house” for their predominantly white shows and he criticised in particular Dior’s casting in its autumn/winter 2013 shows. Others exemplified the kind of doublespeak that entrenches and excuses racism in the industry. Barbara Nicoli, casting director for Gucci, said: “Gucci never has a huge number of black girls in the show because in the mind of Frida [Giannini, creative director of Gucci], she wants this type of girl – no matter the colour of the skin.” As long as it isn’t black, that is.

Many have suggested that the reason catwalks and magazines are so white is because designers and editors are often white, but I suspect the phrase “follow the money” is more relevant. As I said earlier, Asian models have become more prominent with the rise of the Asian market for luxury goods. Same with Russian models. The fashion industry simply doesn’t envisage its goods being bought by black customers – even Oprah Winfrey has been dissed by Hermès – and therefore doesn’t bother trying to relate to them. So it’s not (always) that the fashion industry thinks that only white people are beautiful, as many have understandably assumed. It thinks that only white – and some Asian – people have money.

The stupidity of all this surely does not need stating, not least because fashion fans of all colours have proven to be far more colourblind than designers and casting directors, as the popularity of Smalls and Dunn proves. But until the fashion industry stops thinking of black people as cliches that would have looked outdated in Alabama in the 1960s, white is still the new white.