Cox & Kings Picks What Not to Miss in Burma 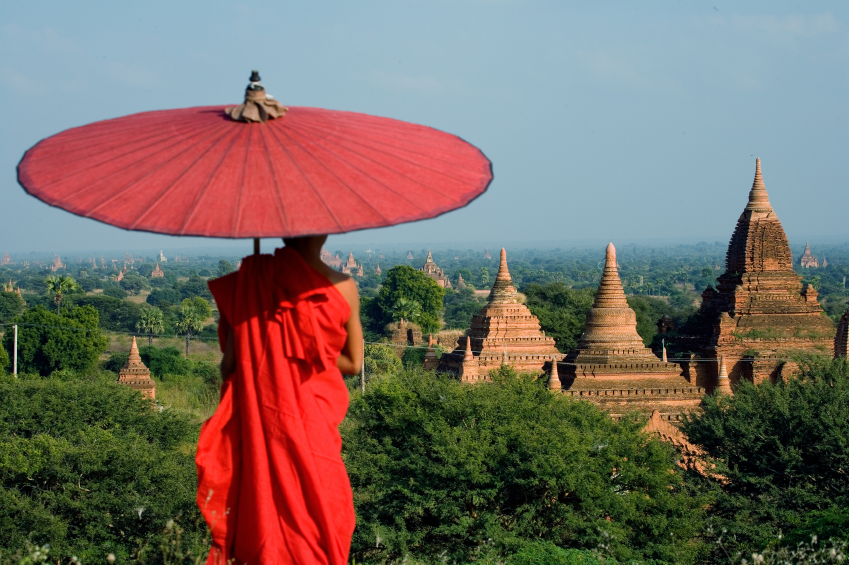 Demand for holidays to Burma continues to increase, and with new luxury hotels and river cruises launching, this is set to continue. Luxury Burma holidays specialist Cox & Kings reports that Burma remains one of its bestselling destinations. 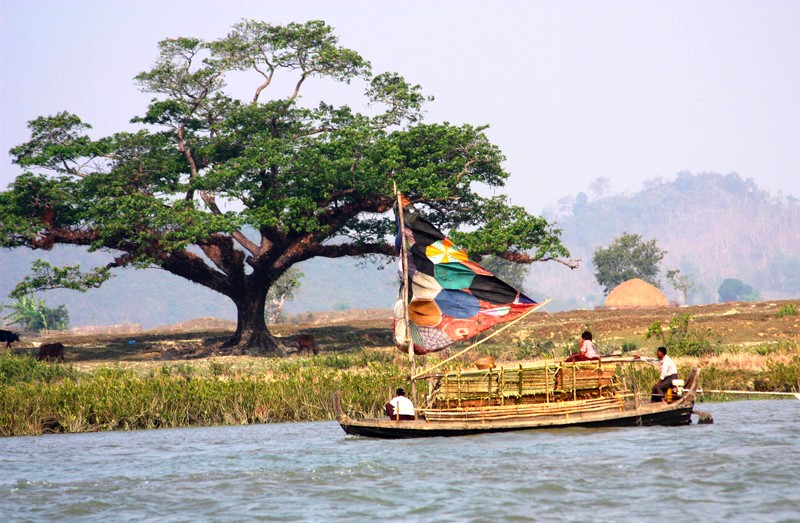 River cruise
Lined with ancient palaces and pagodas, the fascinating Irrawaddy river has stirred the imagination of some of the world’s greatestwriters including George Orwell and Rudyard Kipling. There are a variety of boats that cruise the river, ranging from smallertraditional Burmese boats to the two luxurious Orient-Express boats – the Road to Mandalay and the 25-cabin Orcaella, whichlaunched this summer and sails to the remote villages and ancient monasteries in the north of Burma. 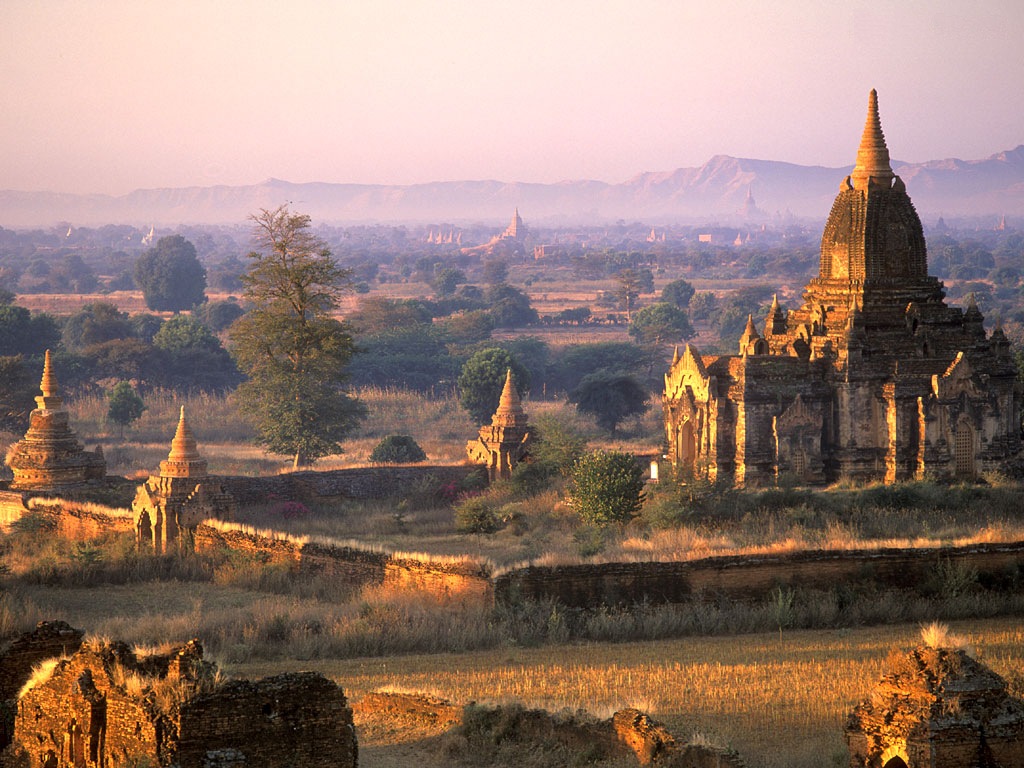 Sunrise balloon ride over Pagan
No Burma tour would be complete without seeing the myriad pagodas and temples of Pagan and what better way than in a hot airballoon at sunrise. The Pagan Archaeological Zone is one of the country’s top attractions, covering an area of 67 sq km. Tea andcoffee are served while the crew prepare the balloons and a light champagne breakfast is served on landing. In 2014, balloon ridesover Inle Lake will also be available.
Moulmein
The country’s third largest city was once a busy seaport and the administrative capital of British Lower Burma known as ‘LittleEngland’. Today it is a pleasant and quiet town with a rich history lying off the normal tourist trail. Plenty of colonial-stylearchitecture can still be seen, along with brilliantly coloured mosques, built for Indian immigrant workers decades ago. Moulmeinis also home to Burma’s first Baptist church. 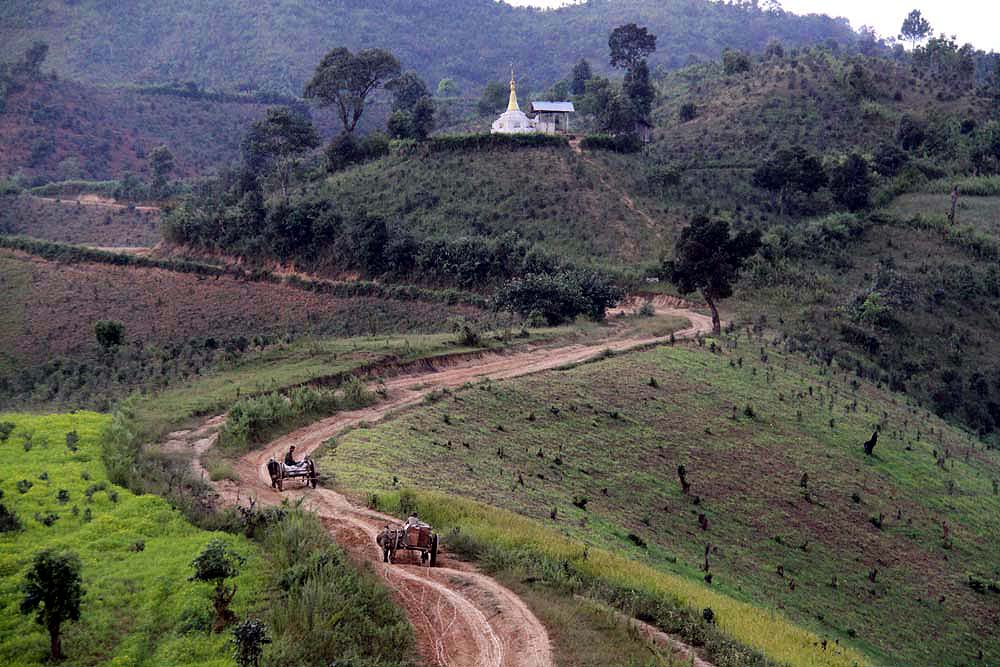 Kalaw
Located between Mandalay and Inle lake, Kalaw was a popular hill station during the British rule and remains a peaceful place torelax and explore the surrounding countryside. At an altitude of 1,320 metres, temperatures are pleasantly cooler offeringwonderful hiking opportunities through rugged mountains and bamboo groves to remote hill tribe villages. Kalaw has a charming andquaint atmosphere created by its unique mix of ethnic tribal minorities, Burmese, Nepalese and Indians. 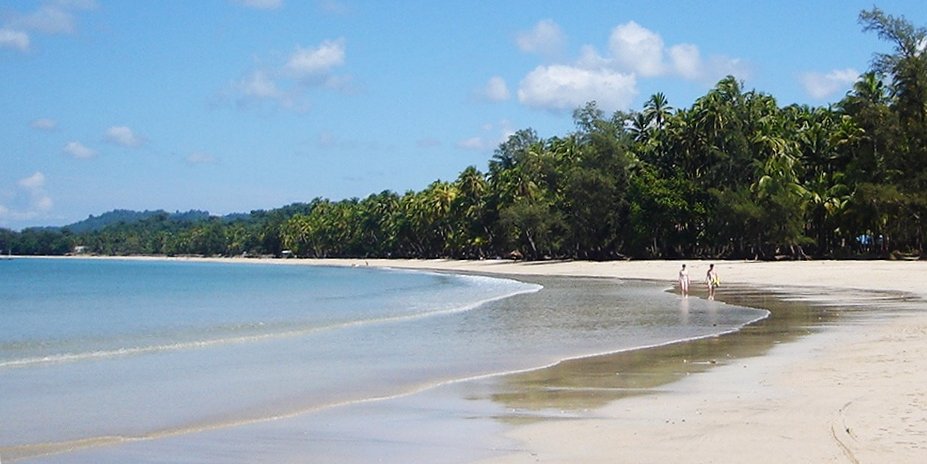 Ngapali Beach
Burma’s most famous beach, on the shores of the Bay of Bengal, has 3km of palm-fringed white sand. Still maintaining its fishingcommunity, there are charming villages nearby that are waiting to be explored, and almost deserted offshore islands that can bevisited. Rumour has it that the beach was named many years ago by a homesick Italian sailor from Napoli. 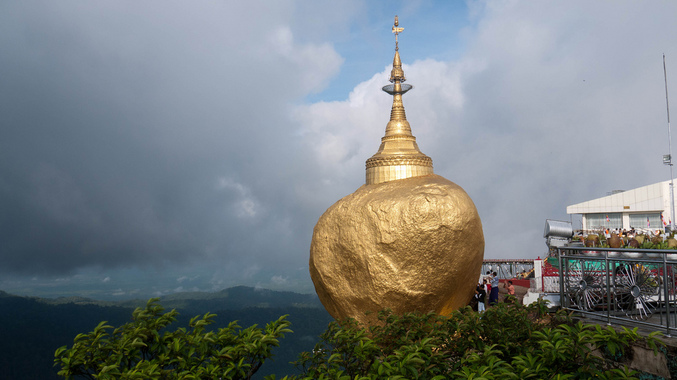 Golden Rock Pagoda, Kyaiktiyo
According to legend, the golden rock is precariously perched on a strand of the Buddha’s hair, seemingly defying gravity as itpermanently appears to be on the verge of rolling down the hill. Situated at the top of Mount Kyaiktiyo, it is the third mostimportant Buddhist pilgrimage site in Burma after the Shwedagon Pagoda and the Mahamuni Pagoda. The Golden Rock Pagoda is built onthe top of the granite boulder and covered with gold leaves, which are pasted on by the flow of devoted pilgrims. A glimpse of the’gravity defying’ golden rock is believed to be enough of an inspiration to turn anyone to Buddhism. 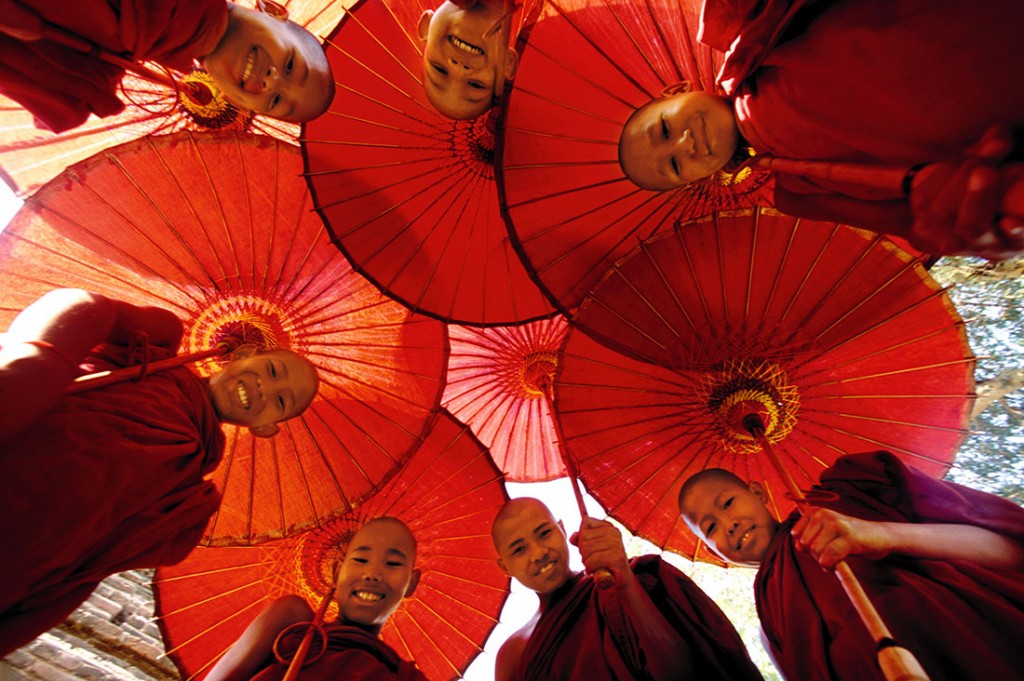 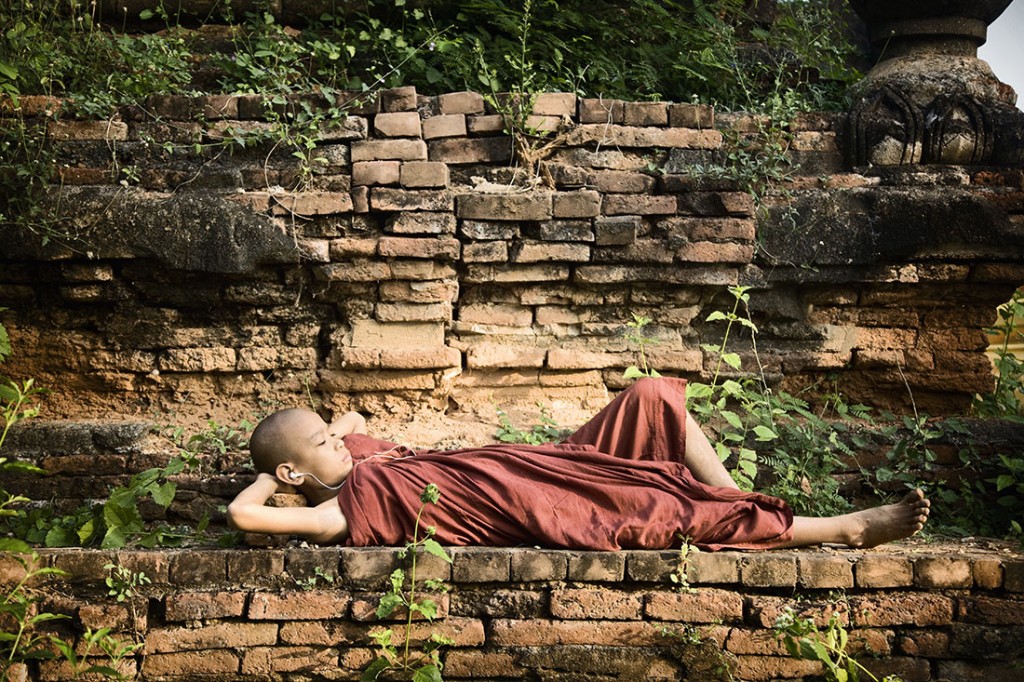 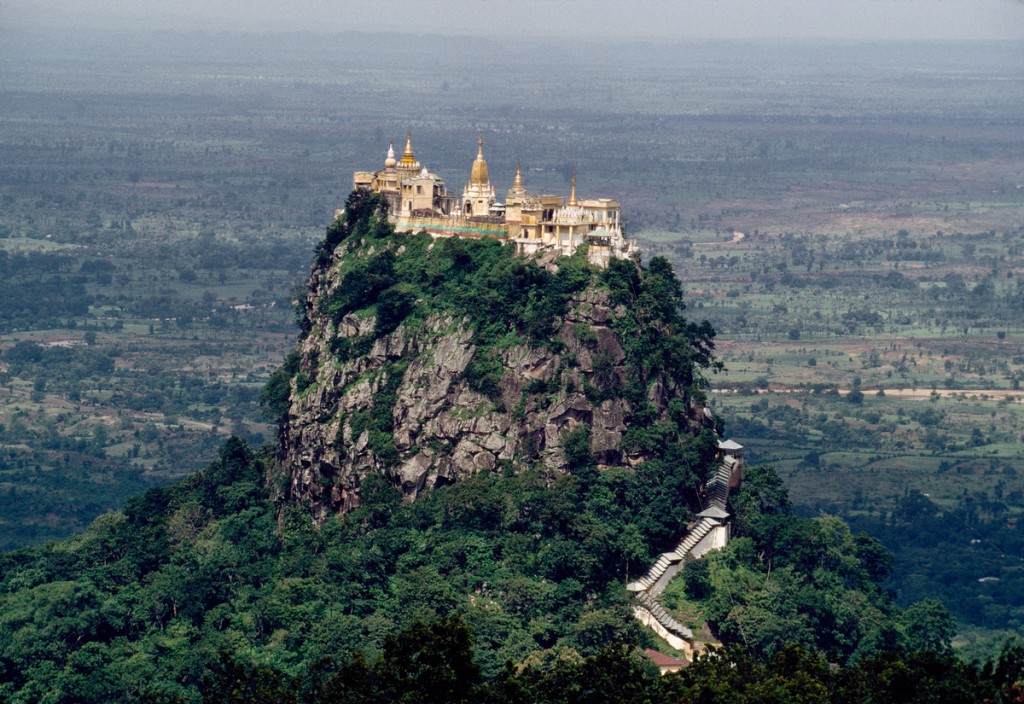 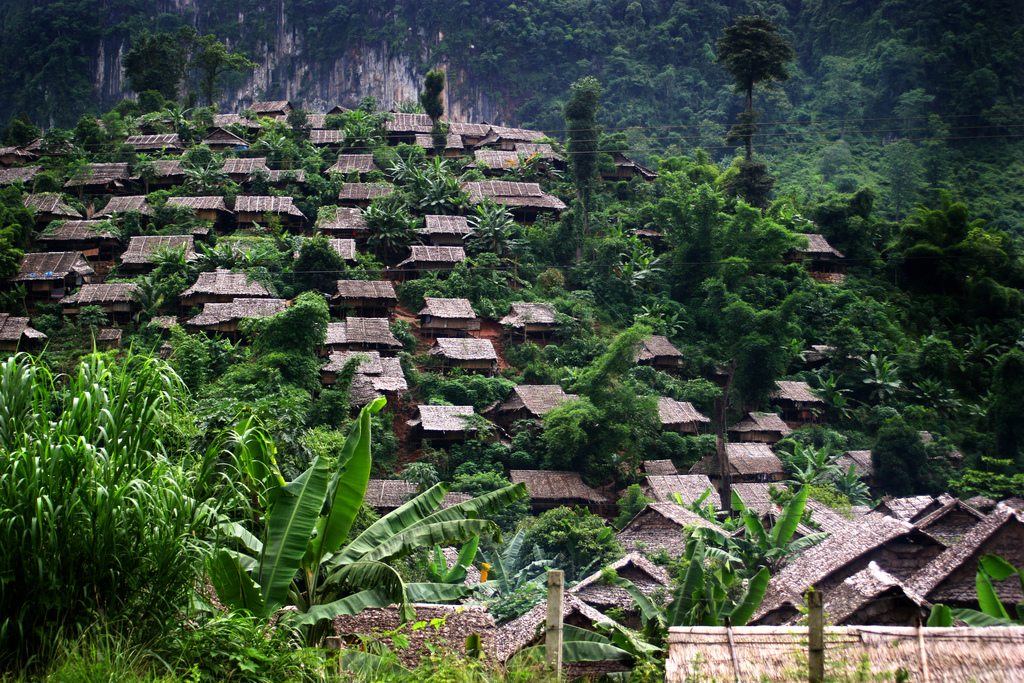 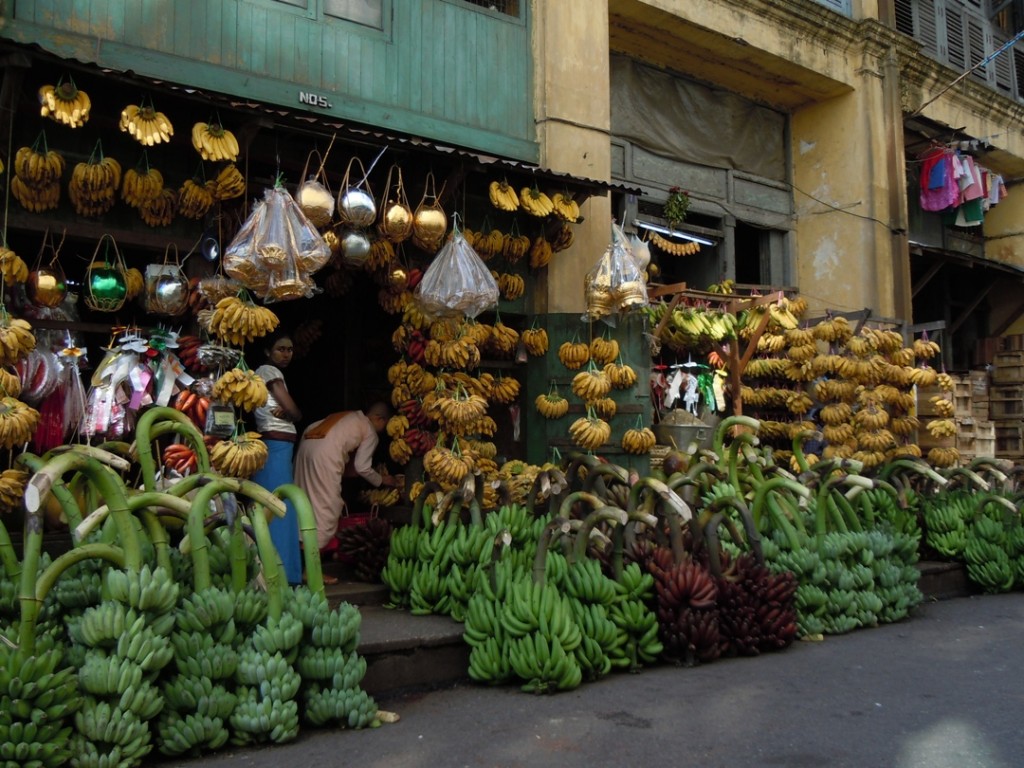