Document that helped shape the U.S. constitution to go on exhibit for first time in the U.S. 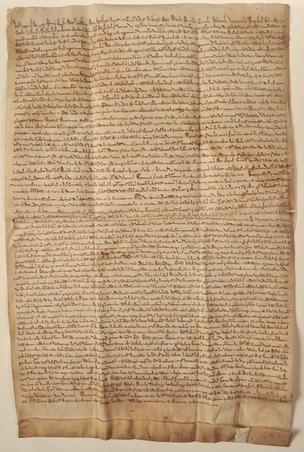 An original edition of the “Magna Carta,” and the only known example of the King’s Writ, a letter from King John to the Sheriff of Gloucester dated June 20, 1215 A.D. announcing the signing of the Magna Carta, will travel to the Houston Museum of Natural Science from its home in Hereford Cathedral, and can be viewed for a limited time, Feb. 14 – Aug. 17, 2014.

The Magna Carta is considered to be Great Britain’s most valuable export to the world and a model upon which the United States Constitution – among many other important world documents – was based. The Magna Carta continues to serve as the definitive document modeling basic civil liberties and is the source of many of the most fundamental concepts of law, including the very concept of a written constitution. In more than one hundred decisions, the United States Supreme Court has traced dependence on the Magna Carta for an understanding of due process of law, trial by jury of one’s peers, the importance of a speedy and unbiased trial, and protection against excessive bail or fines or cruel and unusual punishment. 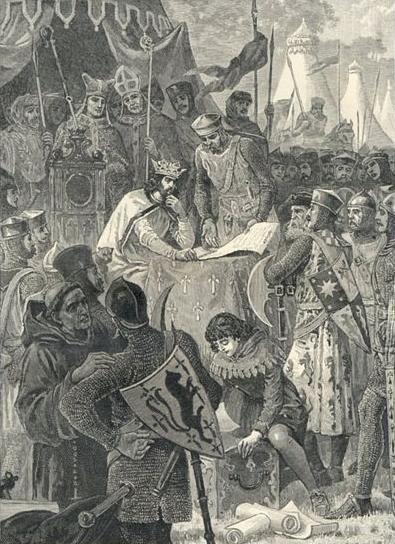 The Magna Carta’s history is complex, part of the evolving relationship between the monarchy and leading nobles of England during the preceding century. Following earlier charters issued by Henry I and Henry II, and decades of increasing conflict and civil war, the rebel barons of England, along with the Archbishop of Canterbury, Stephen Langton, and a number of bishops, forced King John to establish peace through the issuing of a new charter, at Runnymede, near Windsor, on 15 June 1215. Both the then Earl of Hereford and Bishop of Hereford were present, and the Earl was nominated as one of the 25 barons who were to oversee the keeping of the charter. The charter safeguarded certain rights, privileges and liberties of the clergy and the nobles, whilst also placing some limits on the power of the crown.

Hereford Cathedral’s Magna Carta is the 1217 re-issue. This was made in the name of King John’s son, Henry III, who was just ten years old, to ensure that the new boy king’s fragile hold on power retained the support of the nobles.

Hereford Cathedral’s Magna Carta is the 1217 re-issue. This was made in the name of King John’s son, Henry III, who was just ten years old, to ensure that the new boy king’s fragile hold on power retained the support of the nobles.Hereford Cathedral is very fortunate in also possessing the only known copy of an important writ sent from King John while still at Runnymede, instructing the Sheriff of each county to prepare for the arrival of the legislation we know as Magna Carta. It is dated 20 June 1215, and was written by a scribe in the camp on the meadow of Runnymede, on the banks of the River Thames. Known unofficially as the ‘King’s Writ,’ this postcard-sized document announced the negotiated peace to the Sheriff, asked him to swear loyalty to its terms and to look into corruption and malpractice amongst royal officials in his county in advance of the arrival of the full charter. 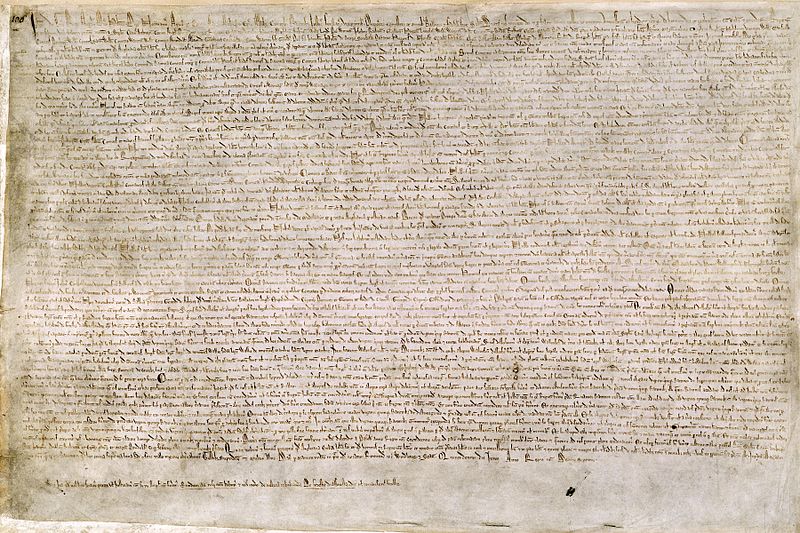 “We are fortunate to be custodians of these historic documents,” said Canon Chris Pullin, Chancellor of Hereford Cathedral, who has overall management responsibility for the documents. “As we approach the 800th anniversary of the sealing of Magna Carta in 1215, along with the issuing of our King’s Writ, we are delighted to be able to share these documents with our American friends.”

“On both sides of the Atlantic we have come to see Magna Carta as an iconic milestone on the long road of human liberties and justice. Many world leaders have been inspired by what it stands for, and we hope that this loan will strengthen the resolve of a new generation to safeguard the values of justice, peace, and liberty.”