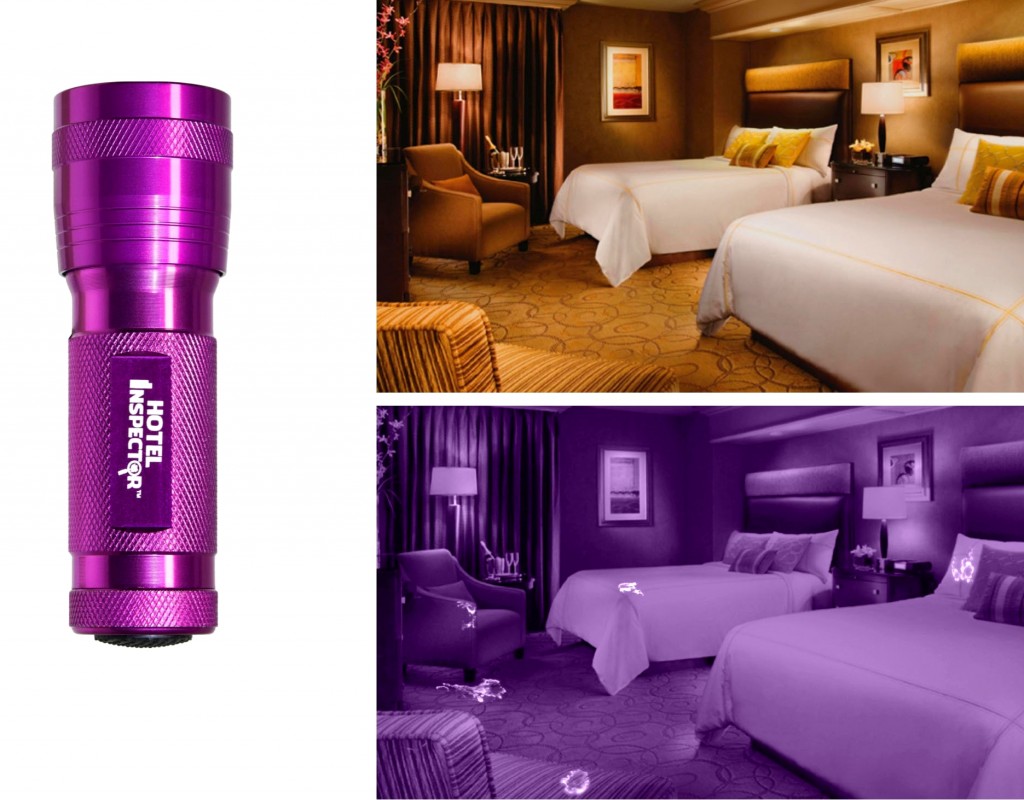 A new UV LED stain detector in flashlight form should enable travelers to determine for themselves whether the room in which they are spending the night is biologically safe. The product, called Hotel Inspector, makes use of ultraviolet light technology to help detect residue from such biological matter as saliva, urine, blood residue, feces, vomit and semen on sheets, towels, carpeting and other surfaces.

Its inventor got the idea for the product while on vacation at a highly rated hotel. “I noticed the bathroom towels did not appear to be clean,” she says, “but I wasn’t totally sure.” That, she states, is when the idea hit her. An easy-to-carry flashlight equipped with ultraviolet light would highlight those substances that are invisible to the naked eye.

When subjected to ultraviolet light, the phosphorus that is normally present in certain organic matter emits a fluorescent glow. Various substances reveal their identities in different ways. Urine, saliva and semen, for example, will glow chartreuse or bright yellow, and a brilliant shade of blue indicates the presence of petroleum jelly. Bloodstains will appear nearly black, and their residue will continue to show up even after several washings.