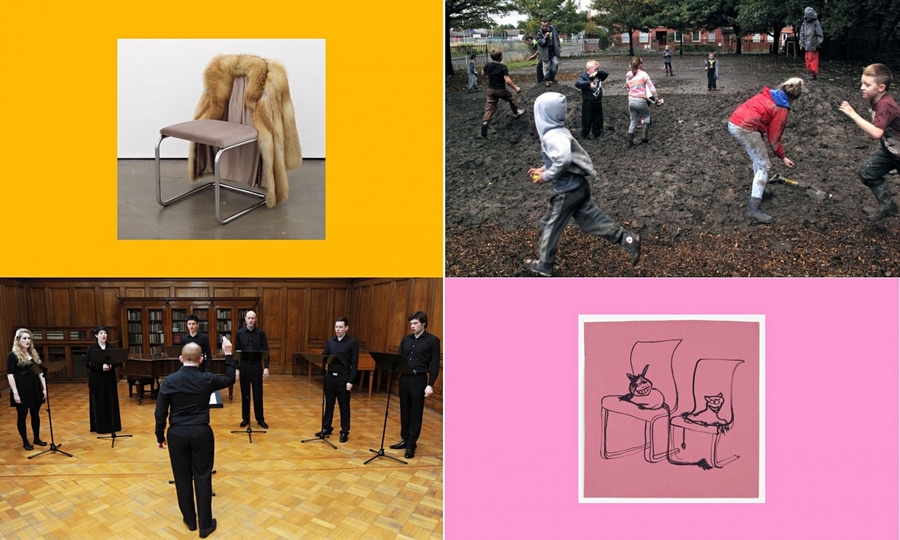 Ok, Mister finger-on-the-pulse, down-and-dirty art critic, what are you going to say about the artists in this year’s Turner prize shortlist, none of whom have you seriously looked at or thought about?

Once, I passed Assemble’s temporary cinema in a disused petrol station on London’s Clerkenwell Road, but never visited. Last year, at the Liverpool Biennial, I was invited to take part in a project by Bonnie Camplin but, having hung around and waited to be let into a small room, nothing seemed to be happening and I left. Maybe I imagined the whole thing. My memory has wiped itself of all traces of this work, except for a feeling of vague guilt that I didn’t go along with the game, which seemed – Oh the irony – to be about paying close attention to something or other. Whatever it was, I didn’t.

I haven’t seen Janice Kerbel’s work for voices, Doug, for which she was nominated, though remember being amused by some spoof posters she once showed at the Frieze Art Fair. But that was years ago. I have used one of Nicole Wermers’s double-ended teaspoons at Tate Britain’s cafe, but found it a vaguely tiresome little object. A man who can be annoyed by teaspoons has no business in the art world. Or indeed, in a cafe.

Sometimes, in the Turner prize exhibition itself, one wishes one’s entire being was elsewhere. Last year’s exhibition was blown out of the water by the Artes Mundi prize in Cardiff, a slow-burning biennial exhibition that brings new international art to a British audience.

There are perennial calls for the Turner prize to be scrapped. Instead, let’s just get over the razzmatazz. The prize is really about giving interesting new art a platform. This year’s prize is being hosted at Tramway, in Glasgow. That the jury has chosen to shortlist artists who have no strong connections with the city breaks the run of Glasgow-based or educated prize winners and hot contenders, though the fact that both Assemble and Kerbel have previously worked and shown in Glasgow might have some significance.

The work of the 18-strong collective Assemble may raise the questions about whether their practice is art or a kind of socially engaged design practice. Whatever it is, they are inventive, in a way that takes me back to the DIY efforts of artists in the 1970s to make things out of next-to-nothing, and the world about them a better and more interesting place. This is something artists, and everyone else in Britain are going to have to be doing a lot more of in the coming years.

But let’s not batten down the hatches. It is a good moment to be open to new stuff, and to slow down and investigate things we might have overlooked. For this reason alone my curiosity about the Turner prize is piqued, in a way it hasn’t been for some years. There’s been too much same-old same-old. Bring it on.