7% of children under 8 own their own tablet. Is a touchscreen a toy? The Zero to Eight: Children’s Media Use in America study. 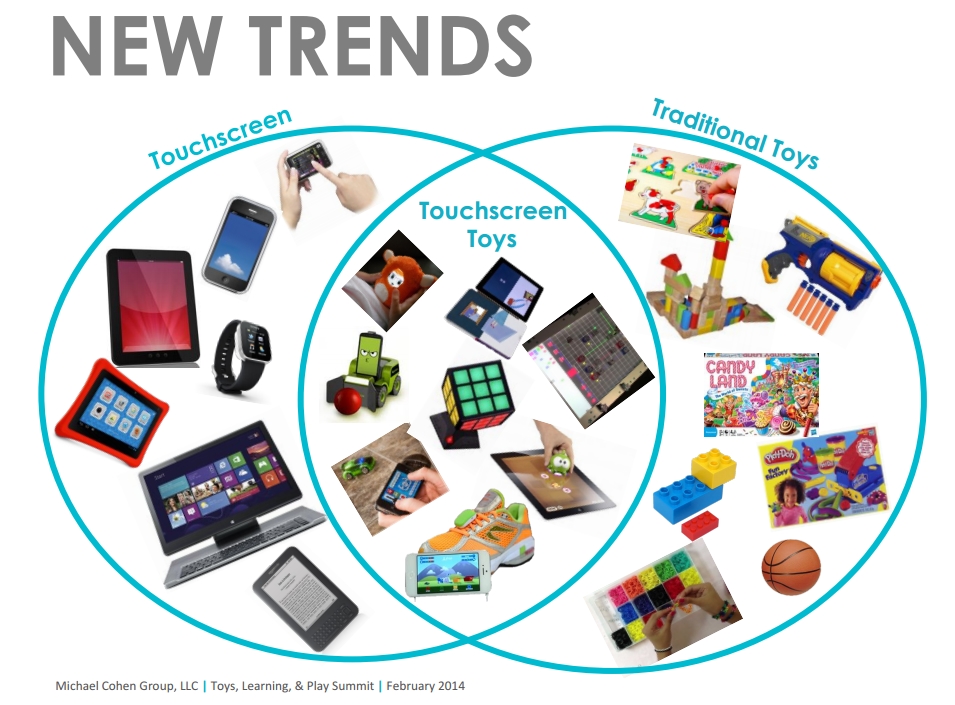 Leading children’s media research firm The Michael Cohen Group (MCG) presented the results of a diverse U.S. survey of parents at the Digital Kids Conference at Toy Fair 2014 in New York, NY. The study polled 350 parents of children 12 and under

Touch-screen devices were played with more often than any other toy, including game consoles, according to a new study by leading children’s media research firm The Michael Cohen Group (MCG). The results of the survey of parents were presented at the Digital Kids Conference at Toy Fair 2014 in New York. 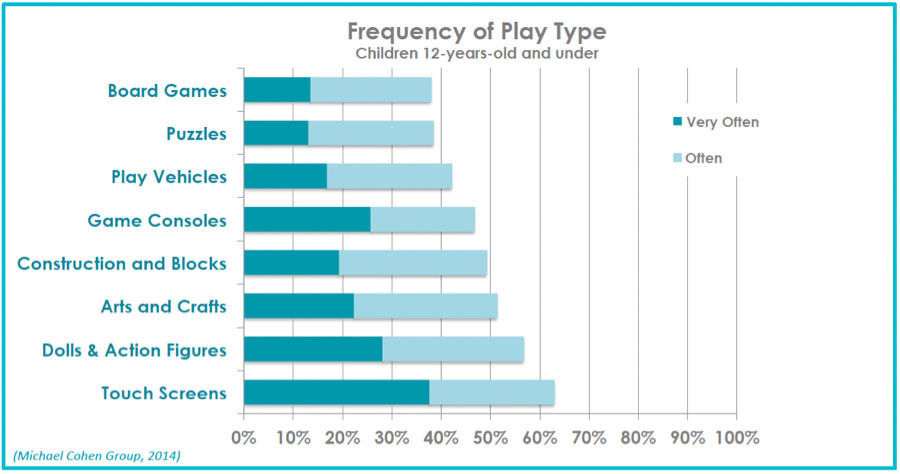 The Zero to Eight: Children’s Media Use in America study, conducted by Common Sense Media, found 7% of children under 8 own their own tablet. Recent research by MCG suggests that more than 32% of children in families with at least one touch screen own their own device.

What does this mean for the future of the toy industry and its integration with touchscreen technology? How do parent’s perceptions of touchscreens as educational influence their children’s screen time, play patterns, and ownership?

Since the introduction of the iPad, The Michael Cohen Group has been researching how these devices are impacting children’s play and learning. Here are some of the findings. Watch the video. 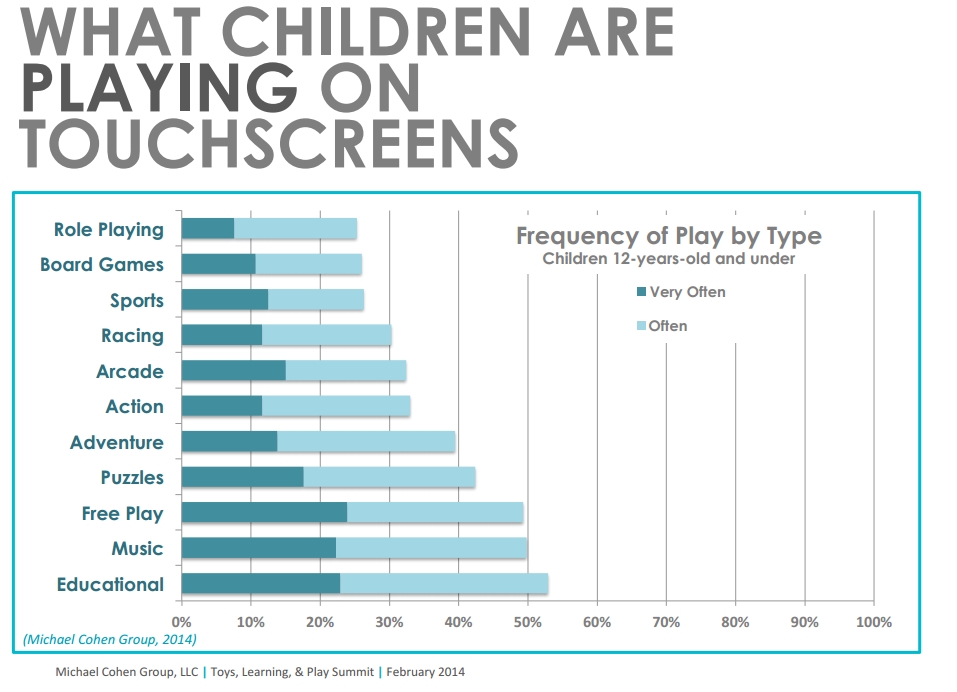 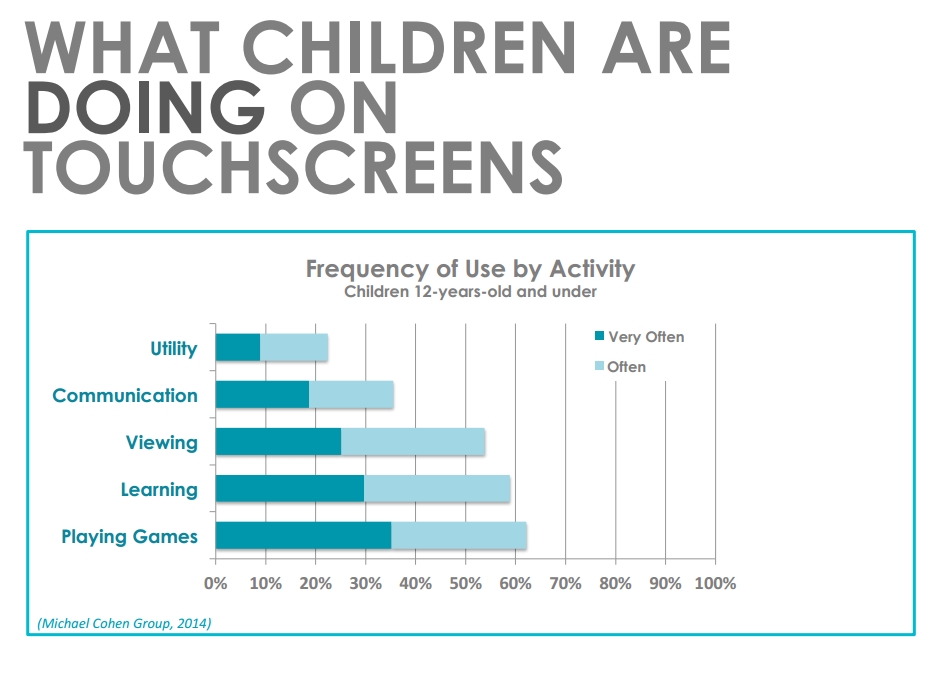