By 2035, the world’s first zero-emission commercial aircraft could take to the skies. 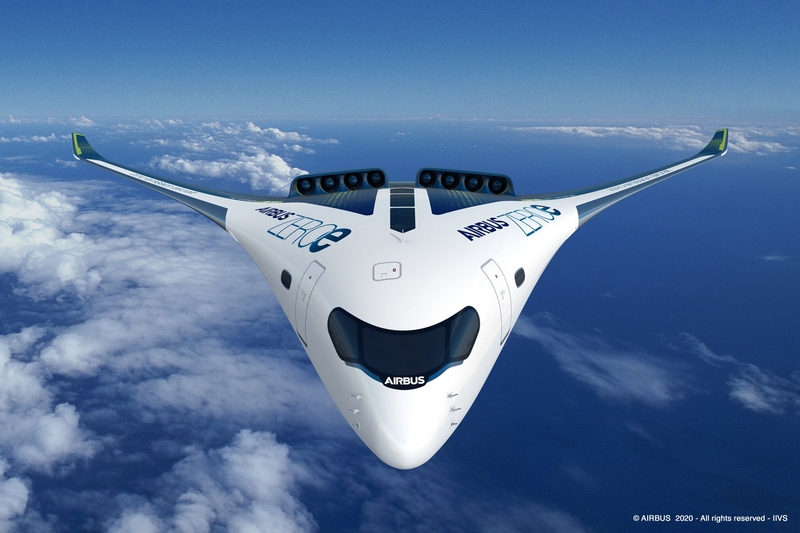 Airbus ZEROe will be the world’s first zero-emission commercial aircraft.

If hydrogen technology development progresses at the expected rate, Airbus’ highly anticipated zero-emission commercial aircraft is expected to roll off the assembly line for entry-into-service by 2035.

To meet this ambitious 2035 target, Airbus will need to launch the ZEROe aircraft programme by 2025. This time frame gives Airbus engineers approximately five years to mature all the required hydrogen technologies. Over the coming months, several hydrogen demonstrator programmes, which will test hydrogen fuel cell and hydrogen combustion technologies respectively, are estimated to be formally launched. A full-scale aircraft prototype is estimated to arrive by the late 2020s.

At first glance, the three recently unveiled Airbus “concept” aircraft offer little more than a sense of déja vu. One looks remarkably similar to a classic commercial aircraft—except with longer, more flexible wings. One resembles a turboprop-powered airliner with its arrangement of six-bladed propellers. And the third is a “blended-wing body,” a revolutionary design that has seen some traction among engineers over the last
year. 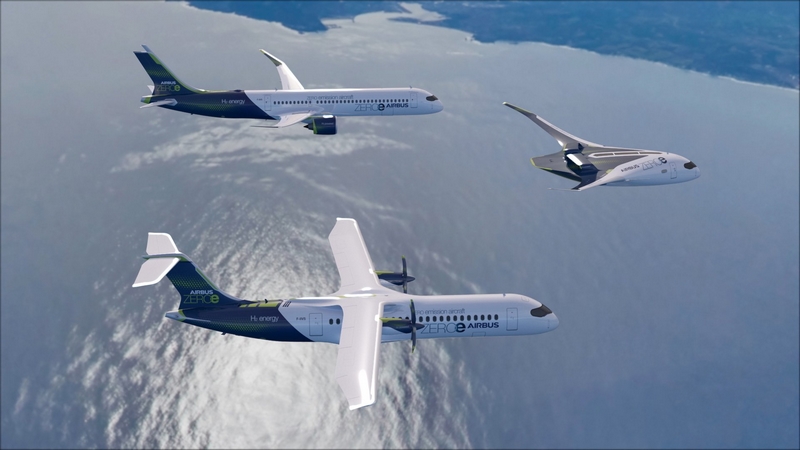 But upon closer inspection, the trio features one game-changing difference compared to predecessors: hydrogen propulsion.

“As recently as five years ago, hydrogen propulsion wasn’t even on our radar as a viable emission-reduction technology pathway,” explains Glenn Llewellyn, Airbus VP, Zero-Emission Aircraft. “But convincing data from other transport industries quickly changed all that. Today, we’re excited by the incredible potential hydrogen offers aviation in terms of disruptive emissions reduction.”

That is indeed the objective. Airbus recently announced its ambition to develop the world’s first zero-emission commercial aircraft by 2035. This means only the most disruptive zero-emission technology to reduce the aviation industry’s climate impact will need to be rigorously tested and evaluated. And hydrogen certainly stands out from the pack: according to internal calculations, Airbus estimates hydrogen has the potential to reduce aviation’s CO2 emissions by up to 50%.

Airbus ZEROe puts hydrogen at the heart of future aircraft

In aircraft, there are two broad types of hydrogen propulsion: hydrogen combustion and hydrogen fuel cells. Airbus’ three zero-emission
“concept” aircraft—known as ZEROe—are all hydrogen hybrid aircraft. This means they are powered by modified gas-turbine engines that burn liquid hydrogen as fuel. At the same time, they also use hydrogen fuel cells to create electrical power that complements the gas turbine, resulting in a highly efficient hybrid-electric propulsion system. However, each option has a slightly different approach to integrating the liquid hydrogen storage and distribution system. Airbus engineers have conceptualised integration solutions that carefully take into account the challenges and possibilities of each type of aircraft. 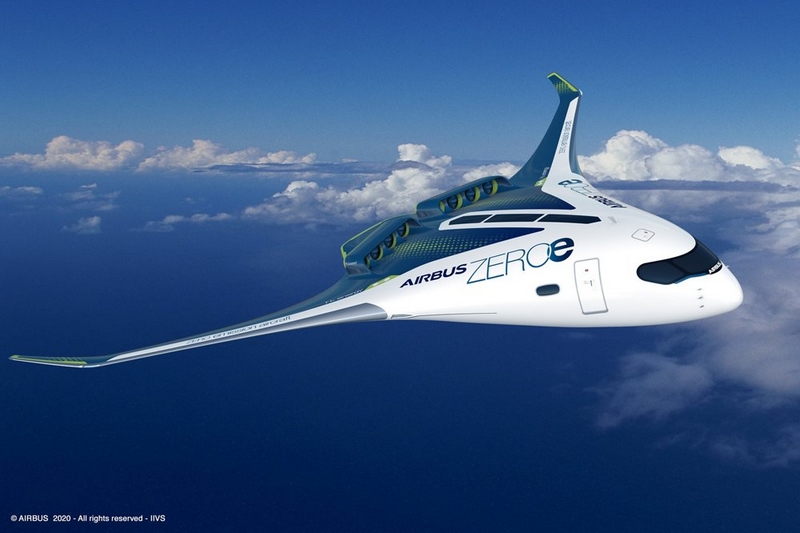 This configuration features an exceptionally wide interior, thereby opening up multiple options for hydrogen storage and distribution. In this example, the liquid hydrogen storage tanks are stored underneath the wings. Like the turbofan aircraft, two hybrid hydrogen turbofan engines provide thrust. 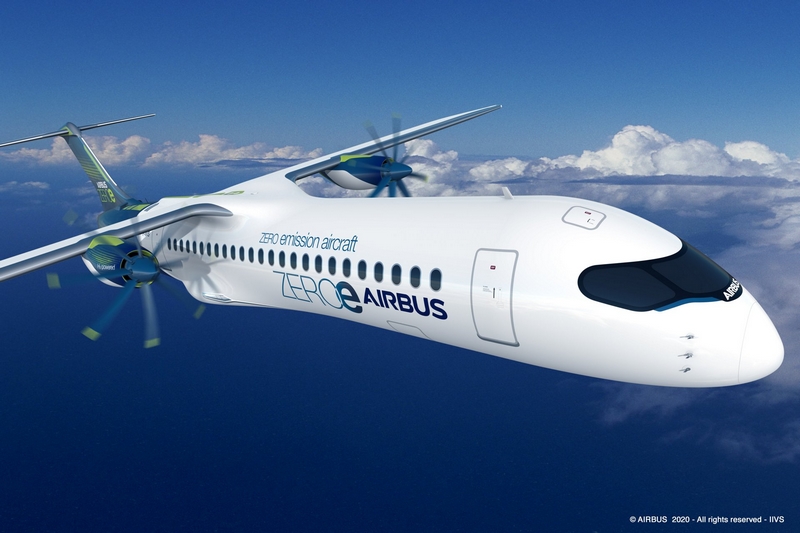 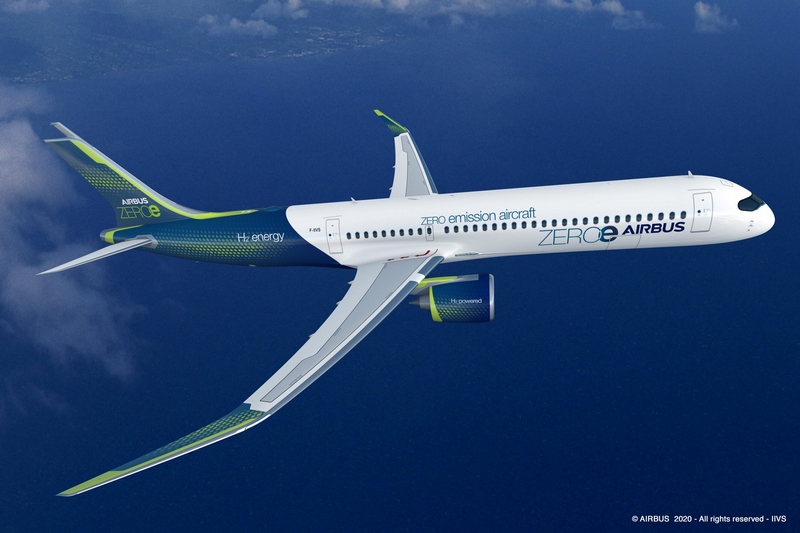 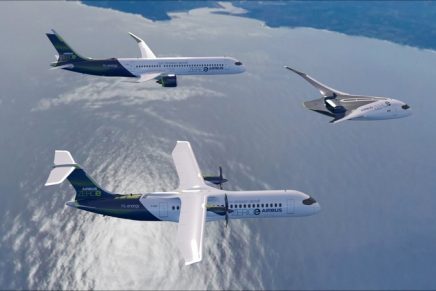 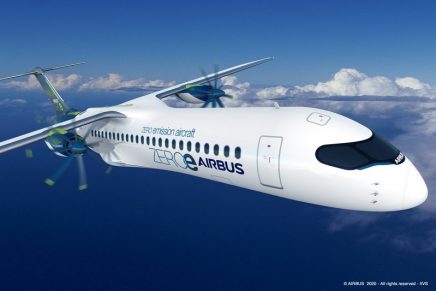 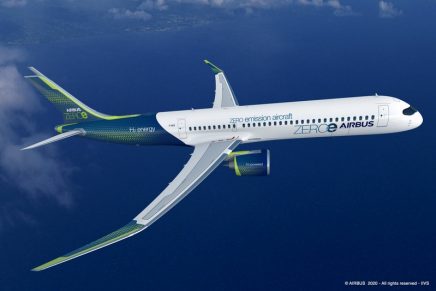 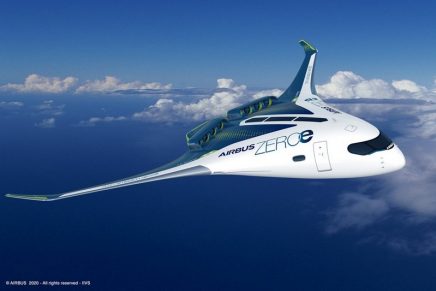 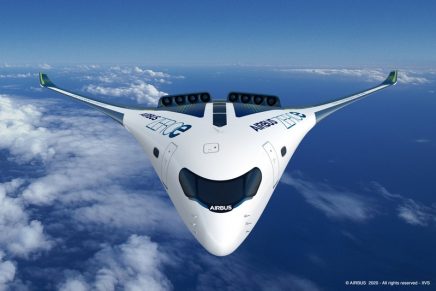