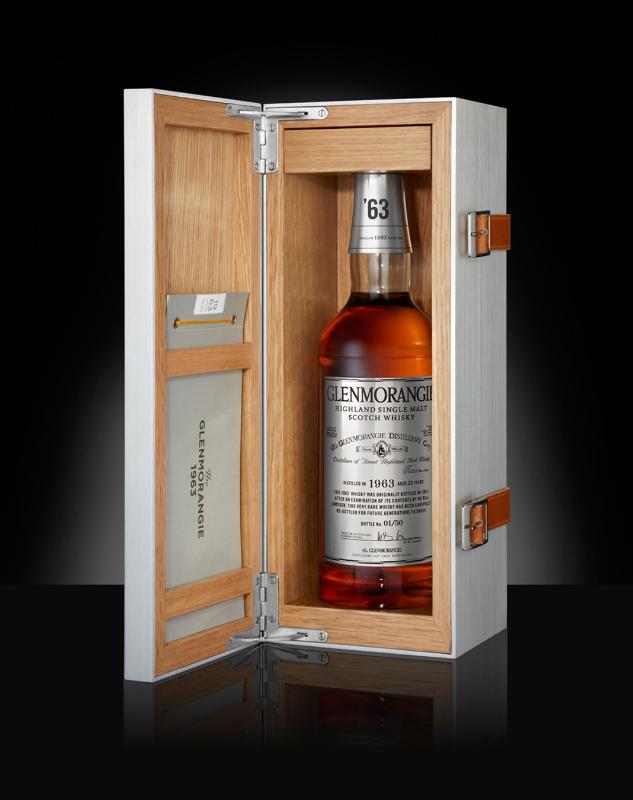 Glenmorangie Single Malt Scotch Whisky has partnered with charity auction website Charitybuzz to auction a rare bottle of Glenmorangie 1963. Bidding is open from December 2 at 9:00am EST through December 13 at with proceeds to benefit the American Forests conservation organization.

“The majority of the wood we use does come from the Ozark Mountains in Missouri. We take our environmental credentials very seriously and recognizing that wood is the most important factor in determining the quality of our Single Malt, we are very keen to ensure that our casks are sourced in a sustainable way,” Bill Lumsden commented on the auction.

Fifty bottles of this iconic Single Malt, the world’s first extra-matured whisky, were recently discovered in a hidden corner of one of Glenmorangie’s warehouses. This pioneering expression was first distilled in 1963, extra-matured in Spanish Oloroso Sherry casks for almost two years before being released in 1987.

The re-release celebrates Glenmorangie‘s use of wood finishing in the whisky development process and will be offered in a commemorative bottle fitting of its 1960s heritage. The labels, collar and cork are made of the purest .925 solid silver. Each of the bottles is engraved with a unique number and is presented in a metal “time capsule”-style box. The box has a polished oak wood interior, and contains a luxurious booklet customized with a hand-signed note of authenticity from Bill Lumsden, Glenmorangie’s Director of Distilling, Whisky Creation & Whisky Stocks.