Watch novelties of the biggest watch and jewelry trade fair in the world.

Preparations are in full swing for the latest edition of the world’s leading watch and jewellery event in 2014. From 27 March to 3 April 2014, more than 150,000 visitors and around 3,500 media representatives from all over the world are expected in Basel. The Baselworld Watch and Jewellery Show, held annually in Basel, has developed over the past few years into an event of superlatives. The term “show” is now barely adequate to describe this international industry event. A
virtual town with multistorey buildings, which in many respects surpass the famous shopping avenues in Switzerland and abroad, will be constructed within two months by a workforce of around 20,000 in the spectacular exhibition halls designed by Herzog & de Meuron.

However, Baselworld does not offer the general public an opportunity for shopping in the traditional sense. Although the event is also open to private individuals, Baselworld is conceived essentially as a B2B trade fair for the global watch and jewellery industry. The event attracts more than 150,000 visitors from all over the world every year, the majority of whom are buyers and resellers of watches, jewellery and precious stones. For the watch and jewellery brands, the event is
without a doubt the highlight of the year. New products, trends and innovations in the sector are presented by the leading global brands in unparalleled perfection. It is estimated that around 80% of global sales of watches and jewellery are generated at Baselworld.

Watch and jewellery brands have become important trendsetters in the lifestyle sector in the last ten years. Fashion designers, designers and marketing experts from a wide range of industries are increasingly drawing inspiration from Baselworld. Conversely, the number of exhibitors from the world of fashion and lifestyle who are presenting their range at Baselworld with extensive collections of watches and jewellery is also growing. The pavilions and presentations are oft
en designed and staged by internationally renowned architects. Celebrities from all over the world stroll along the aisles of the exhibition, which cover a distance of more than 30 kilometres.
Before visiting this year’s Baselworld, let’s take a look at some fabulous discoveries of Swiss-Made at its very best. 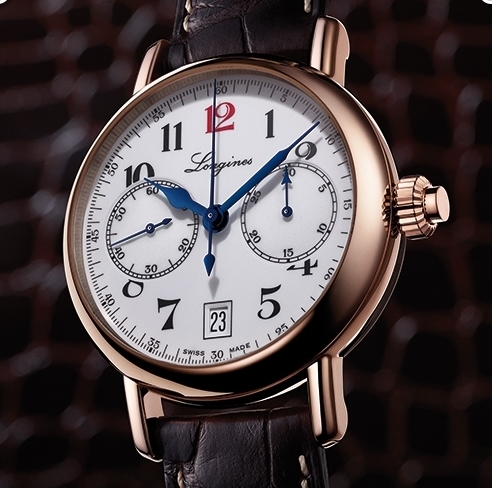 The Longines Column-Wheel Single Push-Piece Chronograph
Taking inspiration from Longines’ first chronograph wristwatches, in 1913, this timepiece houses an exclusive Longines movement which, like its illustrious predecessor, is equipped with a column wheel and measures 13¼ lines. Each of the chronograph functions is controlled by simply pressing the push-piece, which is inserted in the fluted crown. Proposed in three versions, The Longines Column-Wheel Single Push-Piece Chronograph recalls these historic timepieces with its white dial adorned with painted black numerals, with the exception of the “12” in red; a direct reference to the dials of that era. 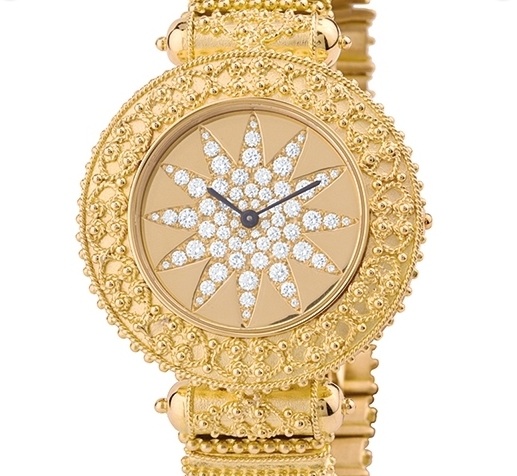 MATTHIA’S & CLAIRE Etrusca watch
Matthia’s & Claire presents Etrusca and once again displays its watchmaking and jewellery-making talent. The gemset yellow gold model enriching the existing jewellery collection refers to an historical period known for its magnificent goldsmithing: the Etruscan civilisation of which the Ticino-based brand reproduces the distinctive granulation technique. This consists of adorning the surface to be decorated with thousands of tiny gold granules and of fixing them to the piece of jewellery by soldering, yet without modifying their finesse. The bezel and bracelet links display this 7th century B.C. expertise now interpreted in a timepiece. ARMAND NICOLET L14 watch
The O.H.M collection invites you on a journey through time, to the heart of the Armand Nicolet workshops, where the original movements beating at its heart sprang to life during the 1950s and 1960s. As custodians of a long-established artisan-style tradition inherited from their forefathers, today’s master-watchmakers have patiently restored and reassembled these historical mechanisms by hand, while showing profound respect for ancient skills. The latest addition to
this collection, the L14 model, features an authentic 1957 calibre housed in a series that is limited to the number of movements found, namely 499. 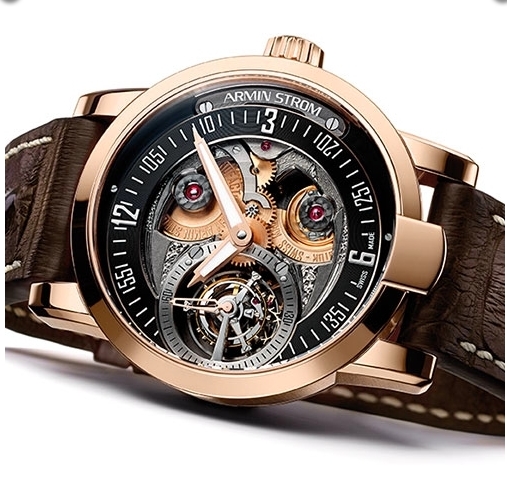 ARMIN STROM Tourbillon Gravity Fire watch
Armin Strom defies the laws of gravity by showing the two opposites featured in any watch movement: winding and regulation. While the tourbillon mechanism enhances the precision of regulation by reducing the effects of gravity on the running of the movement, the integrated micro-rotor harnesses this same force to supply energy to the gear train. It is thus by exploiting both the positive and negative impacts of gravitation that the hands display the time along an off-set axis. 50-piece limited edition. 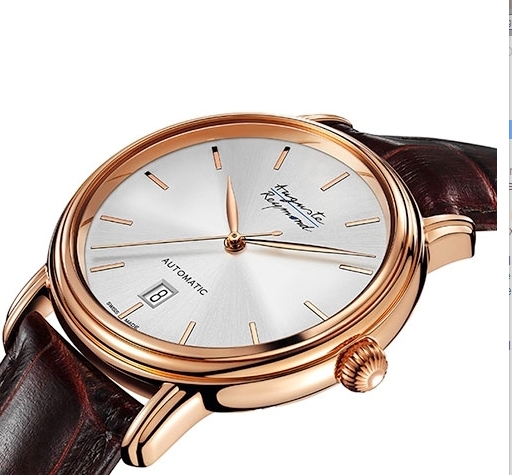 AUGUSTE REYMOND Elegance Limited Edition line
What could be more precious than a timeless object? Far removed from the vagaries of fashion, the new Elégance line by Auguste Reymond focuses on harmonious shapes that are destined to transcend time. Featuring refined and understated classical lines, it comes in different versions available in small series, the exact opposite of mass production. For the small family business founded in 1898 in the peaceful Swiss Jura village of Tramelan, true luxury implies the authenticity
of traditional skills inherited from one’s forefathers and still exercised in traditional hand-crafted ways. BEDAT & Co. Bedat 828
The delightfully feminine Reference 828 is both fascinating and seductive with its delicate curves and its iconic crown guard sparkling with gems to echo the diamond-set bezel. Large Roman numerals stand out against the dial, while the BEDAT & Co GENEVE logo appears at 8 o’clock proclaiming its origin and its kinship with the ultimate lucky number.
TO BE CONTINUED.