Maharajas’ cars to star at Retromobile 2014. Amongst these fascinating line-up will be the incredible Swan Car of the Maharaja of Nabha,several polished aluminium Rolls-Royces, car for hunting tigers and ceremonial cars. 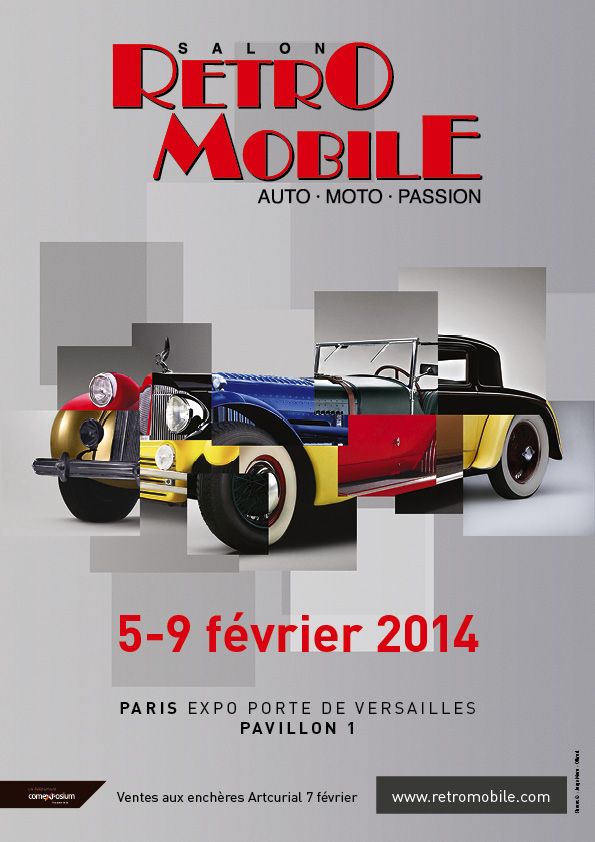 In India, during the 1920s and 1930s the automobiles of the Maharajas were of the most extravagant kinds: amazing shapes, extraordinary accessories, flamboyant colours. To stand out, the Indian princes resorted to every possible option to be the most original.

For the first time in Europe, fifteen automotive jewels of the Maharajas will be strutting their stuff at Paris’ Retromobile Salon this February. Isotta Fraschini, Delage, Delahaye, Rolls-Royce, the Swan Car, are some of the star luxury vehicles that are coming to Retromobile… 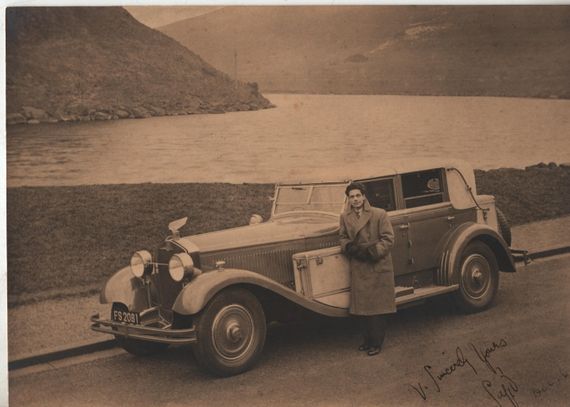 Isotta Fraschini 8A from 1929
The first owner of this car, Rajah Sajid Hussein of Kotwara ascended the throne at a tender age of 14. In 1929 the Rajah bought the Isotta Fraschini when studying at Edinburgh (Scotland) as Cambridge didn’t accept a student in the first year to have a car with him. In 1932, at the end of his studies, he returned to India with his prized possession, this beautiful Isotta.

In 1937 the Rajah married Selma Rauf Hanim Sultana, the granddaughter of Murad V, the Sultan of the Ottoman Empire. Princess Selma then came across to Paris, to give birth to a little girl in 1939, but sadly the princess died in 1941, leaving behind a daughter who grew up to take on the nom de plume of Kenizé Mourad, whose best-selling novel “Regards From a Dead Princess” went on to sell in millions, the book eventually getting translated into 34 different languages.

The Rajah remarried and had other children, of which the second eldest son was Muzzafar Ali, one of Bollywood’s most respected moviemakers. Muzaffar Ali restored his father’s car and used it till 1972, when it was sold and the car exported to the UK, to Peter Grant, the manager of the famous rock group, Led Zeppelin.

After the death of Peter Grant, the Isotta was auctioned in 1996 and the car was acquired by the Imperial Palace Collection in Las Vegas and exhibited at the Pebble Beach Concours d’Elegance in California, before being sold to a new collection based in Colorado, USA.

The Isotta is one of many dreams, excesses and eccentricities showcased at 2014 Retromobile: 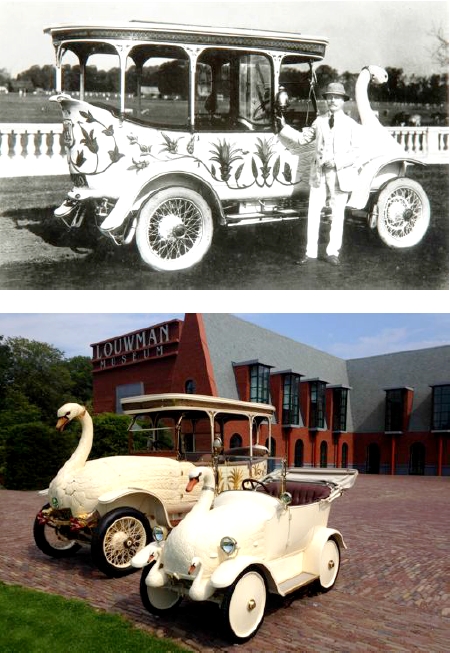 1910 Brooke Swan and 1930 Cygnet.
The brainchild of a wealthy and eccentric resident of Calcutta, Robert Nicholl “Scotty”Matthewson, the Swan Car was one crazy device. These two cars are now part of prestigious Louwman Collection, at The Hague. 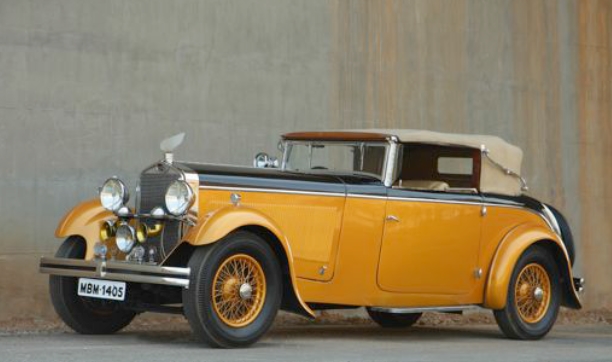 1930 Delage D8
Bought at the Paris Salon of 1930, by Maharaja Yashwantrao Holkar of Indore, this car was repainted a unique combination of glistening ochre and black.

After the death of the Maharaja, his son, Richard Holkar, was unsuccessful in restoring the car, which had been left in an ice factory. But no story is complete without a happy ending. Prominent Indian collector Dr Ravi Prakash acquired the car and spent another grueling five years researching, sourcing and fabricating the missing parts. Finally in 2006 this splendid machine was ready to roll once again, showcasing French elegance at its ultimate. 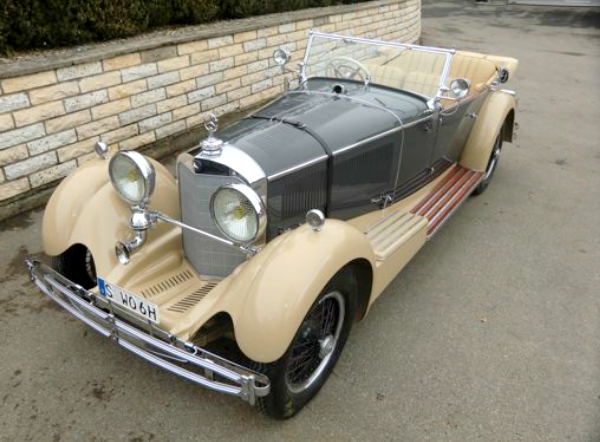 1930 Mercedes-Benz SS
Based on a shortened and lowered Type 630 chassis, the Mercedes-Benz Type SS Super Sports was the supercar of its day. Bought at the Paris salon of 1930, by the Maharaja of Jammu and Kashmir, Sir Hari Singh, the car was converted to right- hand drive by the factory and was displayed at the 1931 edition of the Berlin motor show before it was shipped out to India.

The car stayed with the family till 1972, when it was acquired by a dealer and the car left India. The Mercedes-Benz museum acquired the car when the car came up for sale in Germany, after the last buyer had bought car from Australia.

1938 Delahaye 135 Figoni & Falaschi
Ordered by well known explorer and businessman Paul Jourde, a personal friend of Joseph Figoni, this car is one of 11 built, and today is one of three surviving cars built on the standard wheelbase. In 1939, the car was shipped to Bombay. Jourde’s Delahaye was soon purchased by an Indian prince, in all likelihood, the Maharaja of Nawanager. He sold it some years later to the Maharaja of Jaipur. Subsequently, the car was sold again and it fell from sight and into neglect. When it was finally rediscovered in 1982, it was sitting on wooden blocks in a garden shed in Indore. An English dealer bought it in the mid-1980s and had it shipped to England, where it underwent a complete restoration.

In 1989, the car was taken to France and shown at the Bagatelle Concours d’Élégance, where it won First in Class, and Retromobile, where it won Best of Show.

It competed in the 1992 Pebble Beach Concours d’Élégance in the Delahaye exhibition, after which it was purchased by Peter Mullin, and since then has been named the Most Elegant at Los Angeles, Best of Show at Schloss Schwetzingen, and so on… 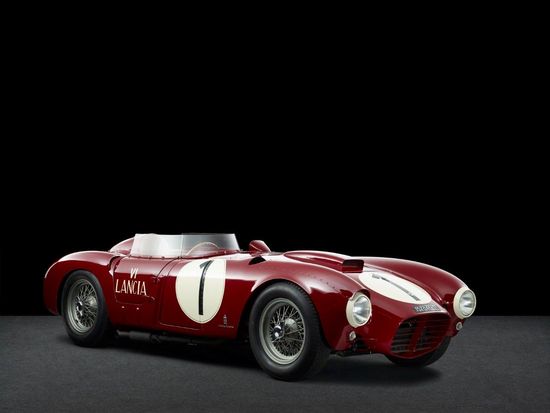 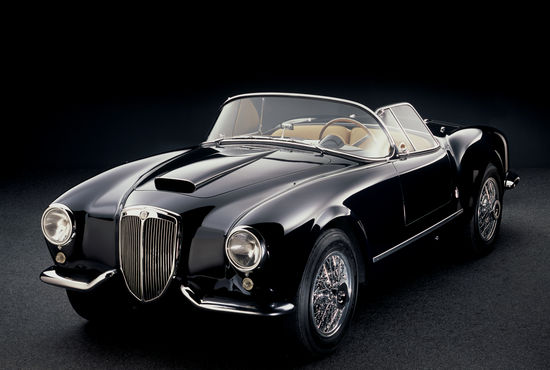 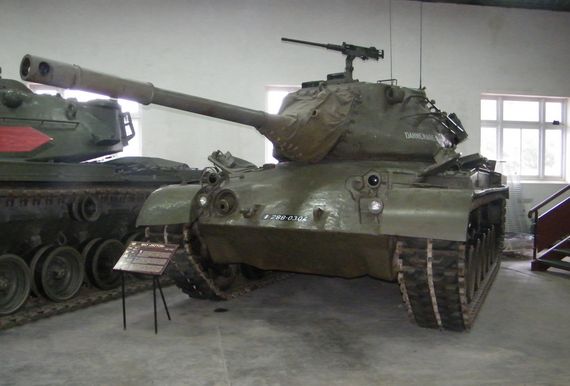 Retromobile is also hosting a tank exhibition. Two Renault FT tanks dated 1916 will be displayed on the area devoted to World War 1. Besides, the Armored Vehicles Museum will propose the visitors to attend a live performance of a Patton M47 tank which was the first post war American tank. This vehicle was designed right after WW2 and manufactured by the American Locomotive Company.

Artcurial Motorcars will be rolling out the red carpet at Retromobile in Paris on 7 and 8 February for two auctions featuring a glittering line-up of nearly 200 collectors’ cars and motorcycles. With rare and historic automobiles taking centre stage, there will also be a sprinkling of celebrity stardust amongst the cars on offer. The cars on offer include: Philippe Starcks Fiat Shellette, the ex-Brigitte Bardot, ex-Charles Aznavour Rolls-Royce Silver Cloud Mulliner cabriolet, the ex-Steve McQueen Packard 120 Convertible and the Ringo Starr Chevrolet Bel Air.