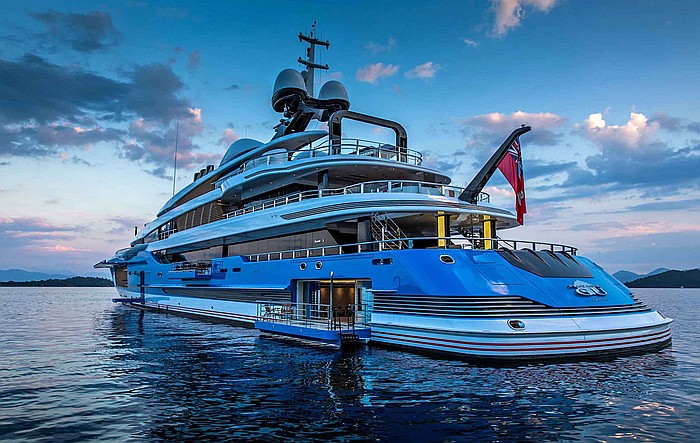 Azzam, at a staggering 17.5 metres longer than Eclipse and boasting an innovative waterjet drive system that propels her to over 31.5 knots, was built by the Lürssen yard in Germany – reputedly for the Abu Dhabi Royal family – and becomes the new largest yacht in the world, dominating list of the Top 100 Largest Yachts in the World unveiled for the 24th consecutive year by Boat International magazine.

Azzam, at a staggering 17.5 metres longer than Eclipse and boasting an innovative waterjet drive system that propels her to over
31.5 knots, was built by the Lürssen yard in Germany – reputedly for the Abu Dhabi Royal family – and becomes the new largest
yacht in the world.

There is plenty of movement at the other end of the list too. When Boat International’s Top 100 was first put together in 1990, the smallest vessel to make the list was the 44.83 metre Paraiso; this year’s No.100, Reborn, comes in at 75.5 metres overall length.

“It is impressive to see how the average size of the Top 100 largest yachts has grown in the last few years,” says Tim Thomas, Editor of Boat International, “and the most amazing thing is that, in spite of the 2008 crash and the global financial crisis, the number of new luxury yachts being built at the very top end shows no signs of slowing down. Indeed, we know of 17 yachts currently in build that are over 100 metres in length, with another two rumoured to be starting shortly.

“We can expect another 12 Top 100 launches in 2014 that will push the entry point to well over 77 metres in length – a size that
was considered remarkable just a decade ago. We estimate the replacement cost of the current Top 100 largest yachts to be well in
excess of $10 billion,” Thomas continues.

Expected deliveries for 2014 show how the size of the 100 largest privately owned superyachts continues to grow.Due for delivery in 2014 is the 140 metre motor yacht Victory, built by Fincantieri Yachts and the largest yacht yet built in Italy; she is one of seven 100-metre-plus yachts due to launch in the next 12 months. 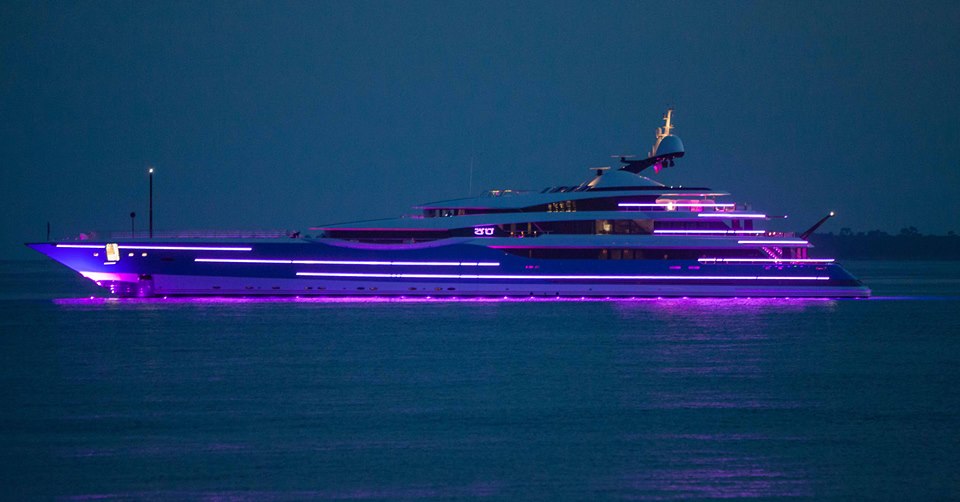 Notable yachts in this year’s List include the 99 metre Feadship Madame Gu, at No.30, with exterior and interior design by British designer Andrew Winch. She is the largest yacht yet built in the Netherlands, and features, among other things, a helicopter hangar under the foredeck. At the lower end of the list, Hampshire II is a 78.5 metre yacht designed for a sports-loving owner that has its own basketball court and features a helicopter platform that can be transformed into a playing field for basketball, tennis, baseball, badminton and football. 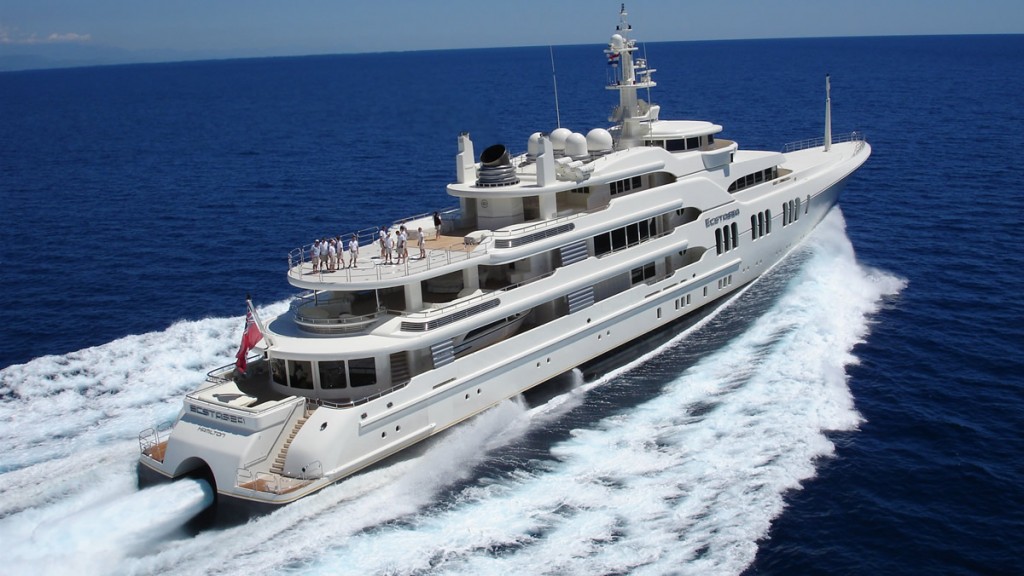 The fastest megayacht in the Top 100 is the Feadship Ecstasea, which can propel her 85.95 metres to 35 knots. Another Feadship in the List, 78.2 metre Venus, is widely purported to have been ordered by late Apple founder Steve Jobs. Philippe Starck styled the unusual exterior and the interior with the owner, and she was engineered by De Voogt Naval Architects.