Following nine years of planning and construction, the new Bürgenstock Resort Lake Lucerne, the famous high-end retreat that dates back to the 19th century, is opening on 28 August 2017. By then, the complex construction work on the main part of the kilometre-plus long resort will have been completed, as will most of the work on the resort’s 30 heritage-protected and repurposed buildings. 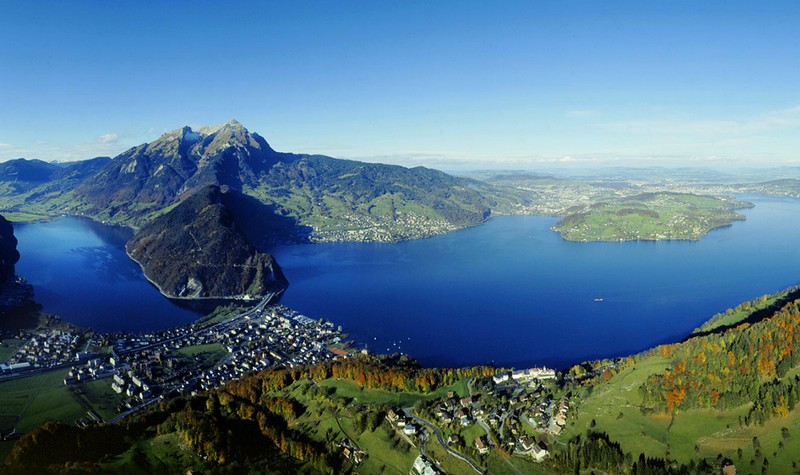 “Reservation enquiries regarding residential events and conferences have been buoyant for months, and there is a great deal of interest in the Residence Suites,” said the Qatari investors behind the CHF550m (£440m) investment.

In the 1950s and 1960s Audrey Hepburn and Mel Ferrer married in the chapel on the Bürgenstock in 1954. Sophia Loren and her husband Carlo Ponti resided for seven years in one of the chalets. German Chancellor Konrad Adenauer spent the summer months of July and August 1950 in the resort and conducted affairs of state there. Jawaharlal Nehru had a holiday in the resort in 1951, accompanied for the first time by his daughter Indira Gandhi. Two years later he met Austria’s foreign minister there, Karl Gruber. The film crew shooting the James Bond film Goldfinger spent a month at the Palace-Hotel in 1964 alongside Bond actor Sean Connery. 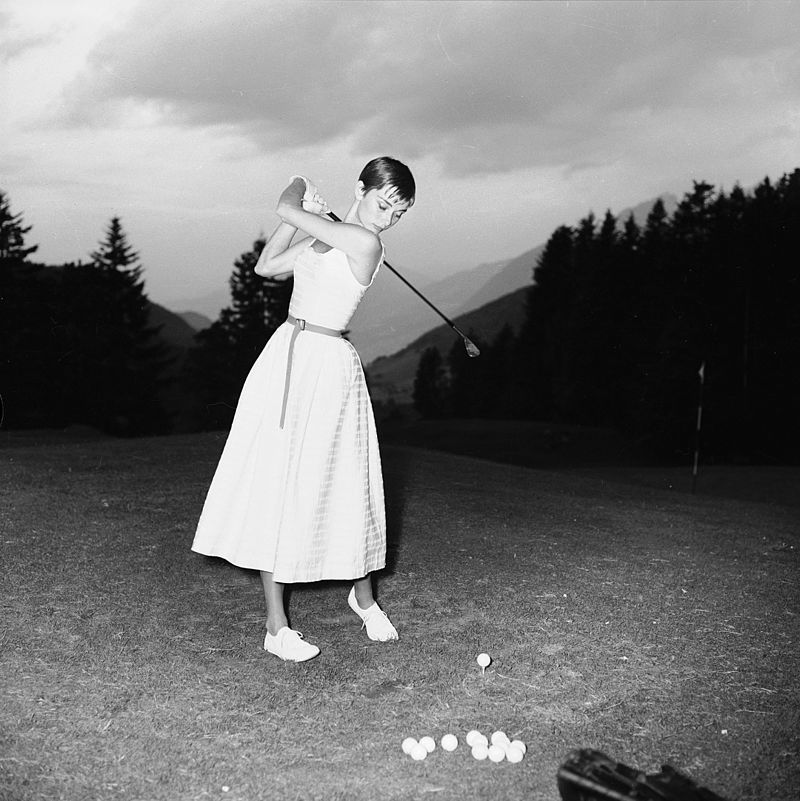 The following facilities have been up and running for some time: the Taverne 1879 (3*), the Blockhaus, the Spycher, the 9-hole golf course, the
Hammetschwand Lift and the Cliff Path. Opening in the autumn will be the Waldhotel – Health & Medical Excellence (5*) with its Verbena restaurant, and the Alpine Spa with its Oak Grill & Pool Patio restaurant. The Grand Opening party for the new Bürgenstock Resort will take place in spring 2018.

The Bürgenstock Resort Lake Lucerne is part of the Bürgenstock Selection – Katara Hospitality Switzerland AG. The car-free resort comprises four hotels with 383 rooms and suites, a Healthy Living centre, 12 bars and restaurants, 67 residence suites, a 10 000 m2 Alpine Spa, a conference centre offering 31 rooms capable of accommodating 800 persons, and a wide range of leisure activities. Katara Hospitality Switzerland AG is the company responsible for developing and operating the hotels in Switzerland. Its portfolio consists of the Bürgenstock Resort Lake Lucerne (383 rooms), the Schweizerhof Hotel in Bern (99 rooms) and the Royal Savoy Hotel in Lausanne (196 rooms). The total invested by Katara Hospitality in Switzerland is CHF one billion.

The Bürgenstock Resort offers a wide range of rooms for congresses, conferences, forums, symposia and events. The overall floor space devoted to the conference centre is 2200 m2, equating to up to 800 attendees. The facilities include 31 meeting rooms and a spacious ballroom capable of accommodating 500 guests. In addition, the two tennis halls can double as event venues, each accommodating up to 500 persons. The rooms are all equipped with the latest in conferencing technology and, with the exception of one room, all offer imposing views of the lake. 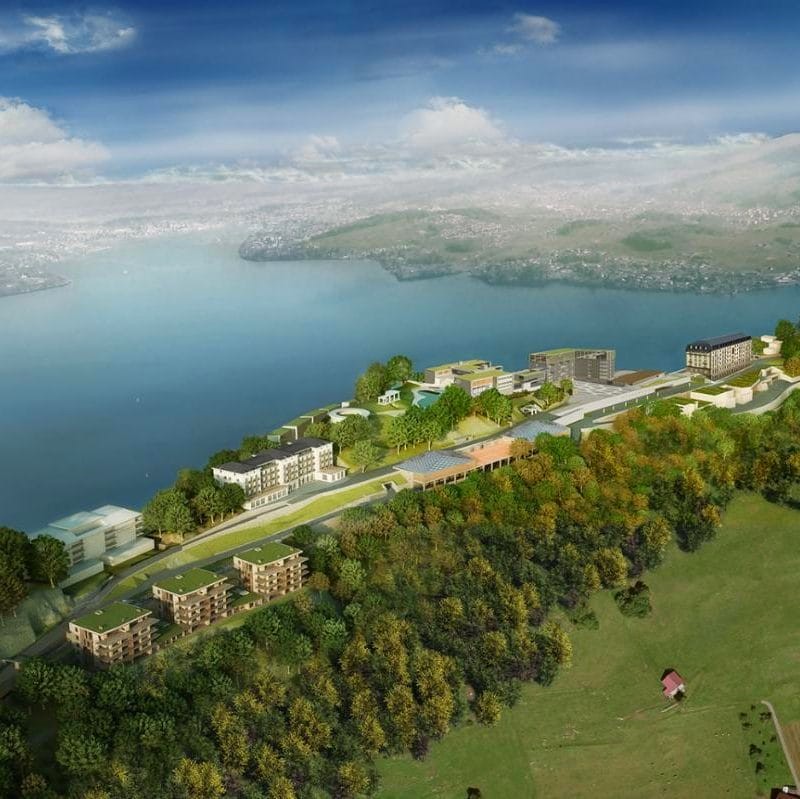 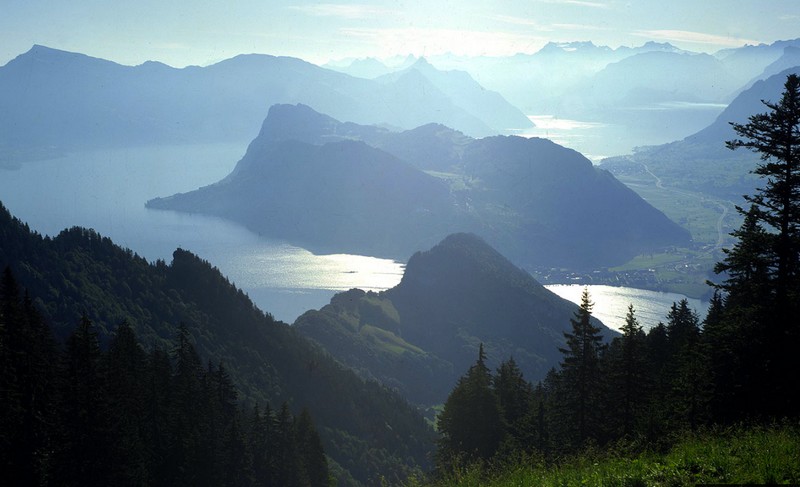 With its environmentally friendly approaches to energy generation, construction and logistics, the resort’s sustainability concept represents a landmark in ecological thinking. The planners and developers of the new resort took a leaf out of the book of its original pioneers, Franz Josef Bucher and Josef Durrer: in as early as 1888, the two innovators had obtained a concession to extract potable water from the lake. The same approach is now being adopted to derive energy from the lake. Eighty percent of the new resort’s thermal needs and 100 percent of its cooling needs are circulated via a network of highly insulated pipes issuing from an energy distribution centre. The heating and cooling provided by the energy distribution centre, which is already in use, is almost CO2-neutral.

As for the resort’s construction and concrete needs, the developers sourced raw material in the form of stone and aggregate from the Bürgenberg itself.

Where possible, use was made of gabions (cages filled with rocks) instead of concrete walls; they provide valuable habitat for flora and fauna. With regard to forest management, the entire resort has been planted with mixed woodland. 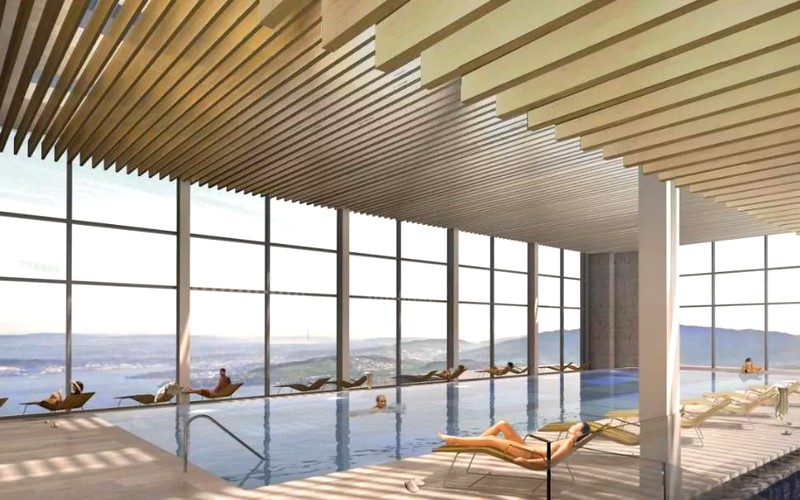 In terms of the project’s logistics, truck movements were reduced by through the reuse of excavation material: 165,000 m3 of reused material meant 18,400 fewer truck journeys up and down the mountain – equivalent to nine circumnavigations of the planet by one truck.

The public transport links will also be commencing operations on 28 August 2017. The Lucerne – Kehrsiten-Bürgenstock shuttle boat service and the completely rebuilt vintage look Bürgenstock Railway, which takes guests and visitors into the heart of the resort, will be providing a direct and highly entertaining link between the city and the resort; it will be operating to a 1.5 hourly daily timetable between the early morning and midnight. A brand new shuttle boat will come into service in spring 2018 to coincide with the Bürgenstock Resort’s Grand Opening, resulting in an hourly timetable between the resort and Lucerne.

Once that happens, journey times between Lucerne railway station and the Bürgenstock Resort will be cut to around 30 minutes. 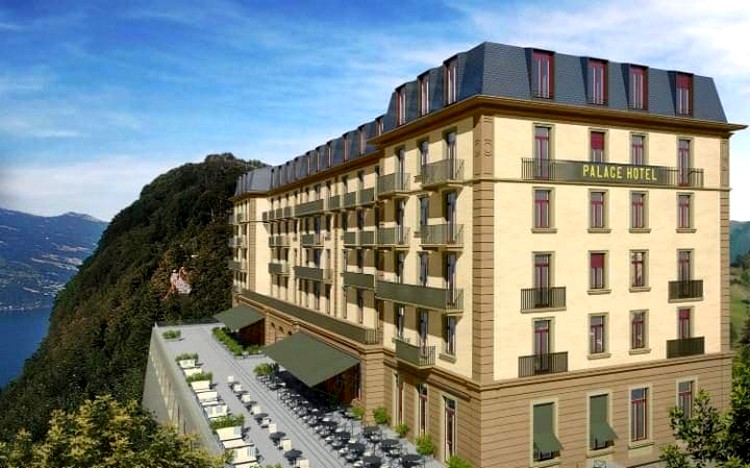 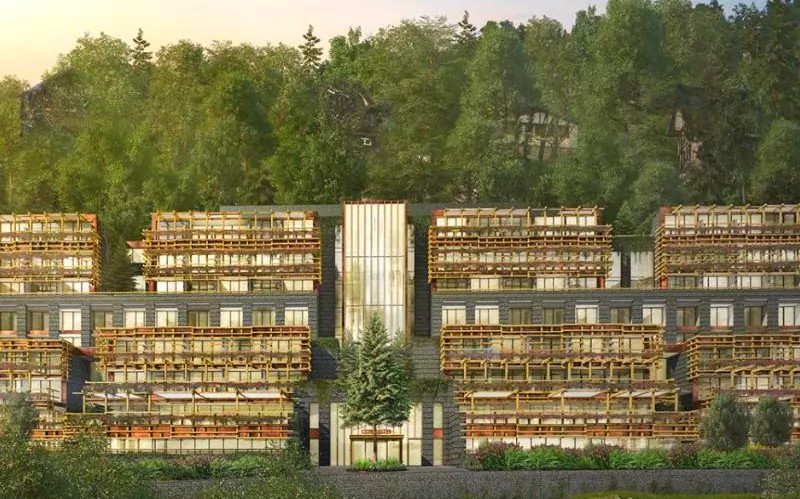 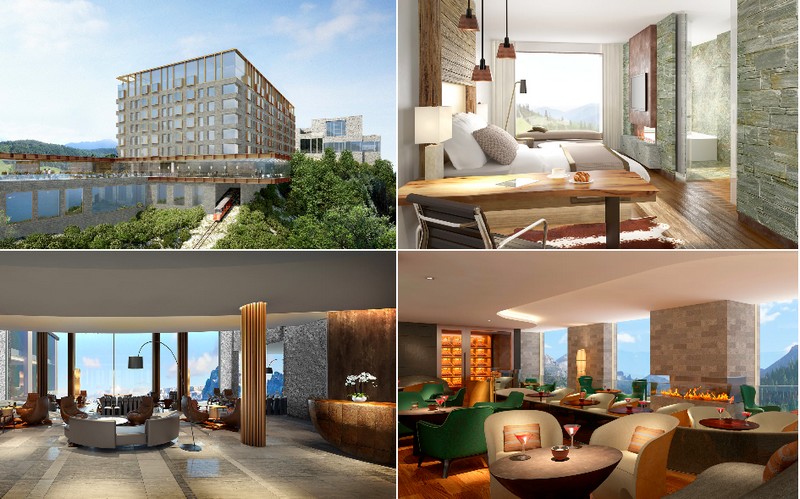 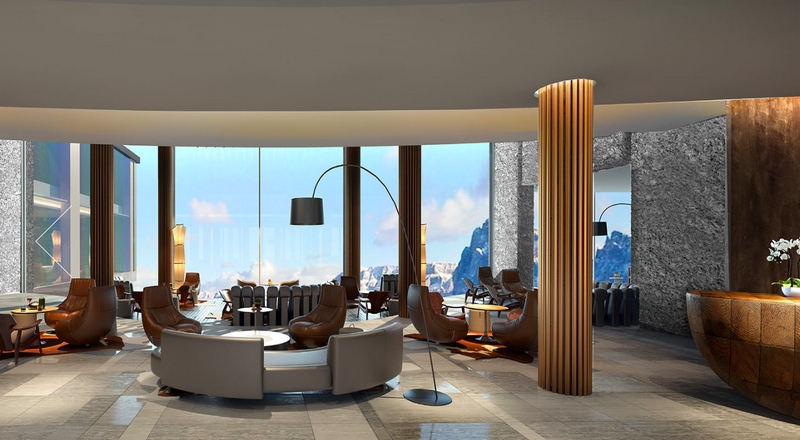 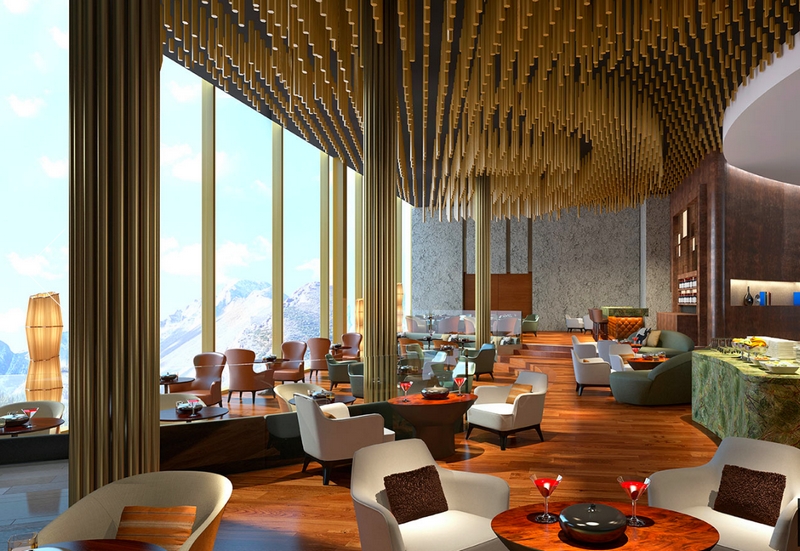 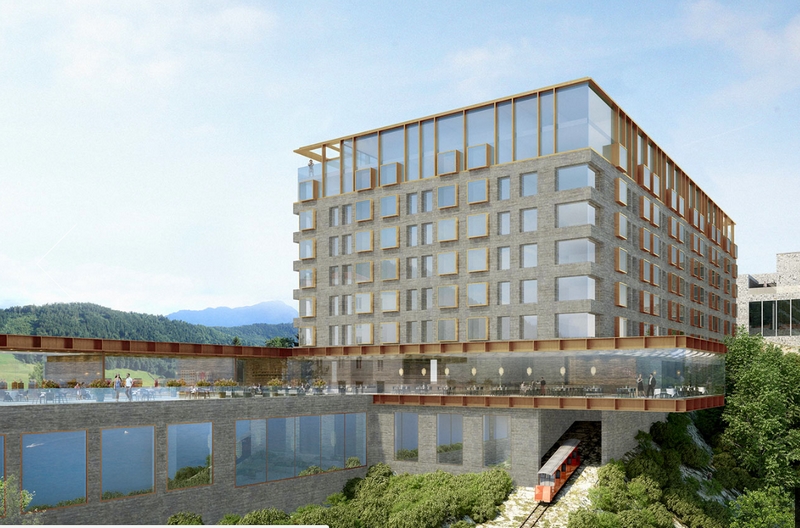 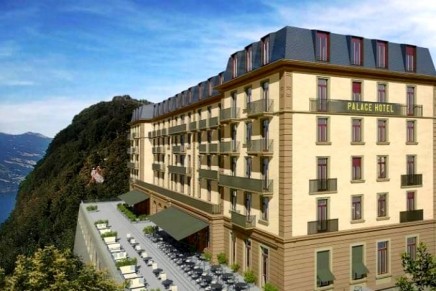 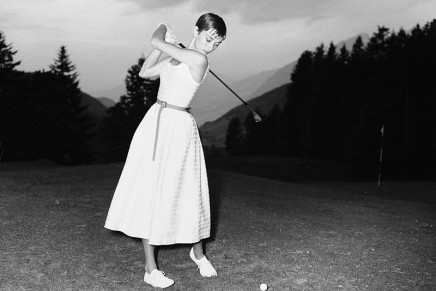 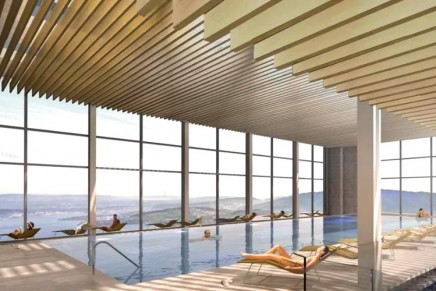 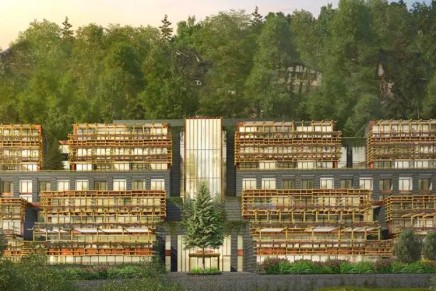 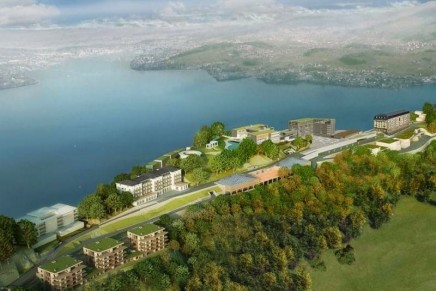 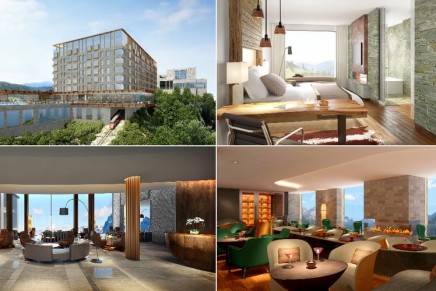 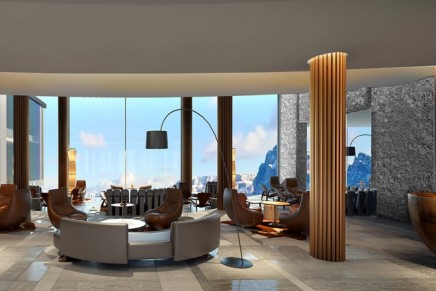 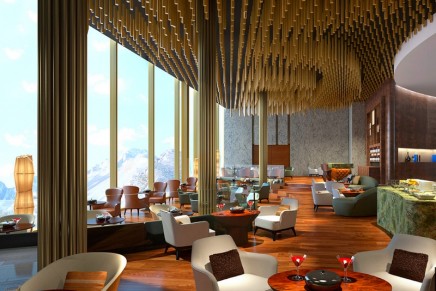 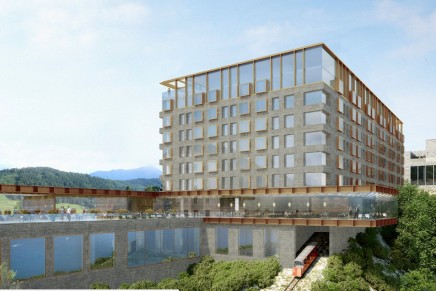 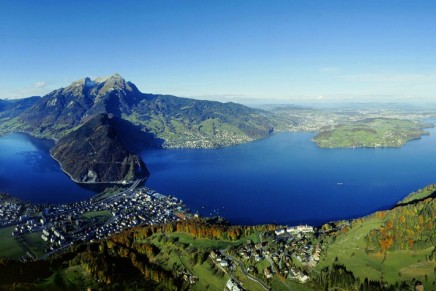 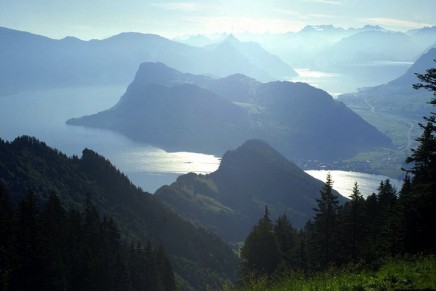