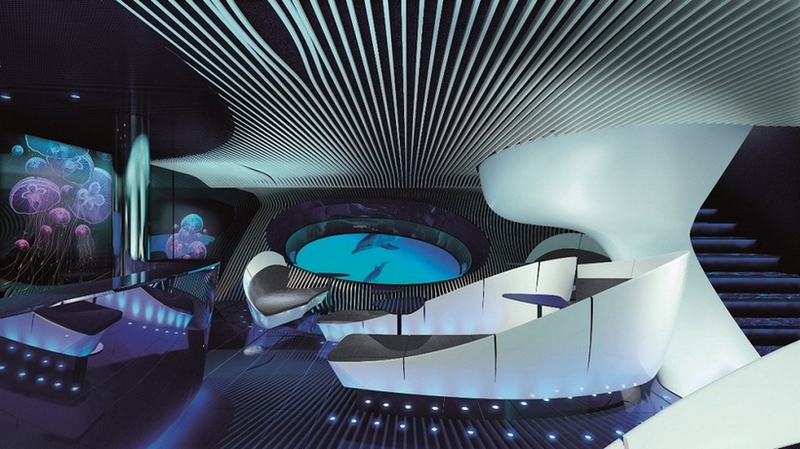 Luxury French Cruising company Ponant unveils the first multi-sensory underwater lounge. The idea is to enable us to perceive and feel the underwater universe in full splendour.

The only French-owned cruise line and the world leader in luxury expeditions PONANT, in keeping with its pioneering spirit, is launching a world-first: Le Lapérouse will be the first cruise ship on Earth to be equipped with a multi-sensory underwater space, called Blue Eye. The other 3 yachts of thePONANT EXPLORERS series, Le Champlain, Le Bougainville and Le Dumont-d’Urville, will be the next.

In a world exclusive, the four ships of the PONANT EXPLORERS series are equipped with an underwater passenger lounge, called Blue Eye, located
within the hull beneath the water line. The design of this technical prowess was entrusted to architect Jacques Rougerie, who is deeply passionate about the sea. Rougerie’s mission is to enable PONANT guests to perceive and feel the underwater universe that has never ceased to amaze and inspire him throughout his career.

The only French-owned cruise line and the world leader in luxury expeditions, PONANT was created in 1988 by Jean Emmanuel Sauvée and a dozen officers of the French Merchant Navy. Today, PONANT is leading the way with a new style of luxury cruising through a unique conception of sea travel which combines exceptional itineraries and luxury hotel services, aboard luxurious smaller-scale ships. 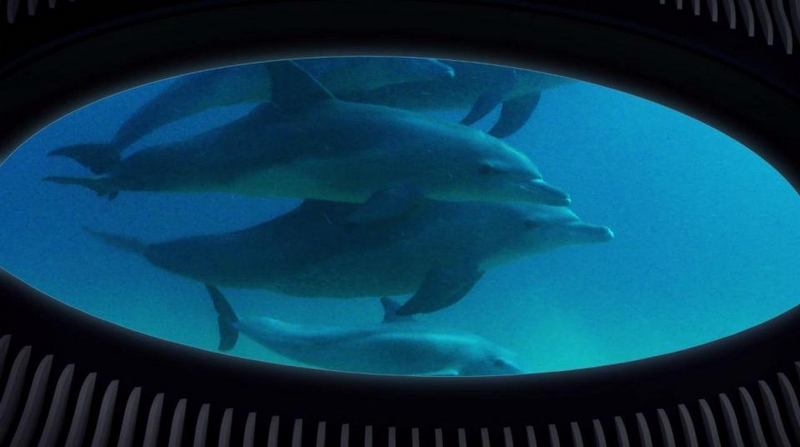 “In my work, I have always had my heart set on making people aware of the role that the sea has played in the history of humanity. I designed this multi- sensory underwater lounge in order for it to become enshrined at the heart of the PONANT philosophy. I set out to discover this fragile and exciting ocean world, which covers 71% of the planet’s surface and remains a huge mystery for mankind. The destiny of the civilisations to come will be born from the ocean,” explained the genius architect Jacques Rougerie.

The state-of-the-art technology developed with PONANT lets guests become modern-day explorers, following in the wake of Jules Verne, Jacques-Yves Cousteau and the great adventurers. They will be able to observe the fauna and flora of this sub-aquatic universe and discover its sonorities. The sound system in the Blue Eye lounge will be installed by Michel Redolfi so as to reveal to the guests the amazing listening capabilities of their bodies.

For the first time in the world, the public, during a cruise, will be able to ‘feel’ and be at the heart of an underwater world. They will need to use all of their senses. 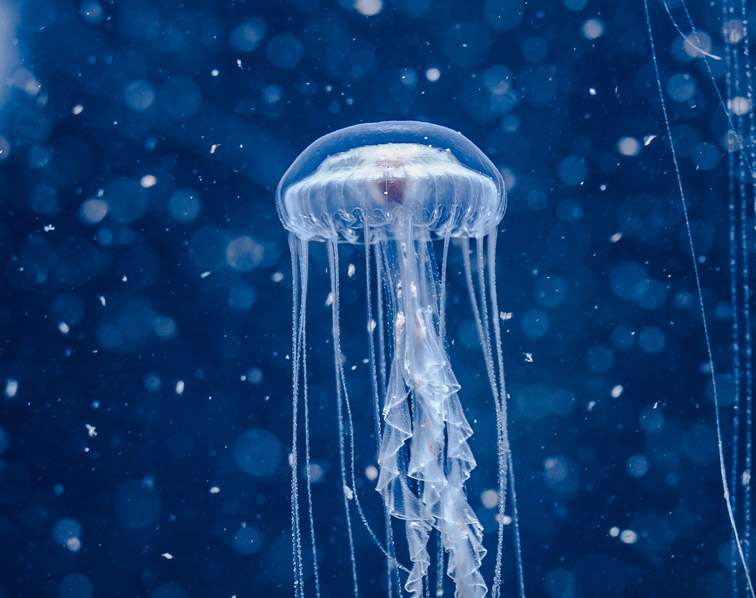 The non-intrusive underwater projectors developed expressly for the PONANT EXPLORERS enable the observation of the of the seabed and photo-
luminescent organisms from the Blue Eye lounge as well as from the outside decks, balconies and the marina-without any risk to the marine biosphere. 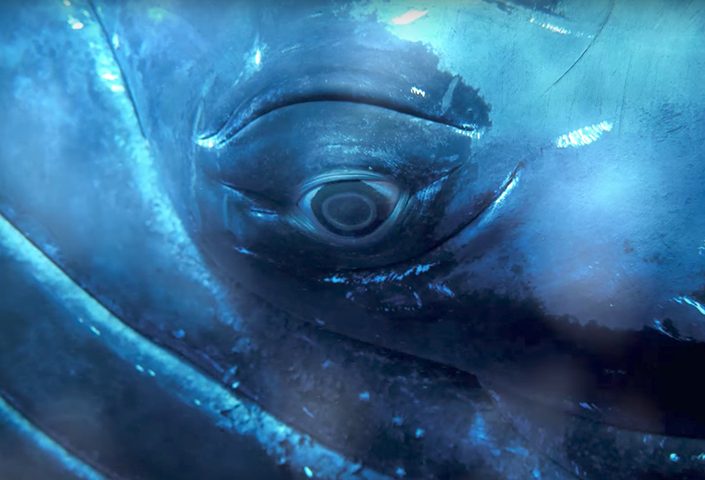 Jacques Rougerie drew inspiration from his observation of nature in order to determine the key elements that would underpin the design of the underwater lounge. The space’s graphical references evoke cetaceans and jellyfish. This inspiration is evident in the lines of the lounge, the positioning of the body, the furniture and the fittings. All focus is drawn towards the two portholes, shaped like the eye of a cetacean and looking out upon the subaquatic world. The lighting in the lounge is developed through touches, disseminated in the space, allowing the spirit and the gaze to dive into the spectacle unfolding outside.

The mural décor disappears to make way for the integrated digital screens projecting the images filmed live by three underwater cameras. Placed at the ship’s strategic points, these cameras enable guests to witness, for example, the spectacle of dolphins playing in the bow waves.

Comfortably ensconced, guests can listen to the underwater world thanks to hydrophones, developed in consultation with specialists from the French
Research Institute for the Exploitation of the Sea (IFREMER), that are integrated beneath the keel. The natural symphony of the deep sea is thus captured across a five-kilometre radius and transmitted live into the lounge in the form of acoustic waves spreading through the three dimensions of Jacques Rougerie’s architecture.

An immersive sound experience can be felt in the Body Listening sofas, which discreetly vibrate in unison while offering unique sensory listening through corporal resonance. This global listening through the entire body, in harmony with the ocean’s natural cycles, will bring guests closer to the marine mammals they might see and hear behind the giant portholes. 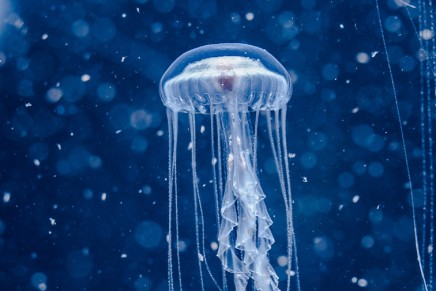 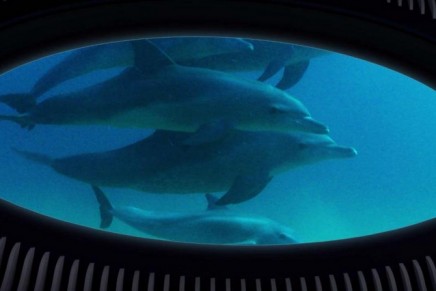 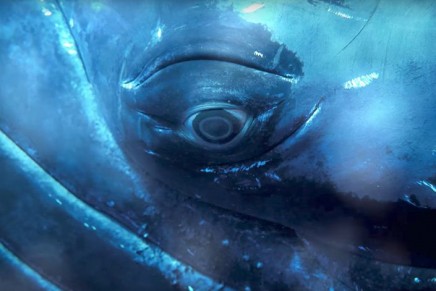 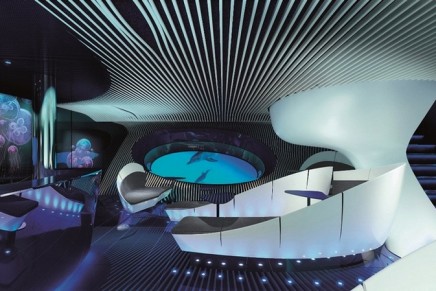