Four Seasons Hotel Bahrain Bay opens on its own man-made island in the Kingdom of Bahrain. 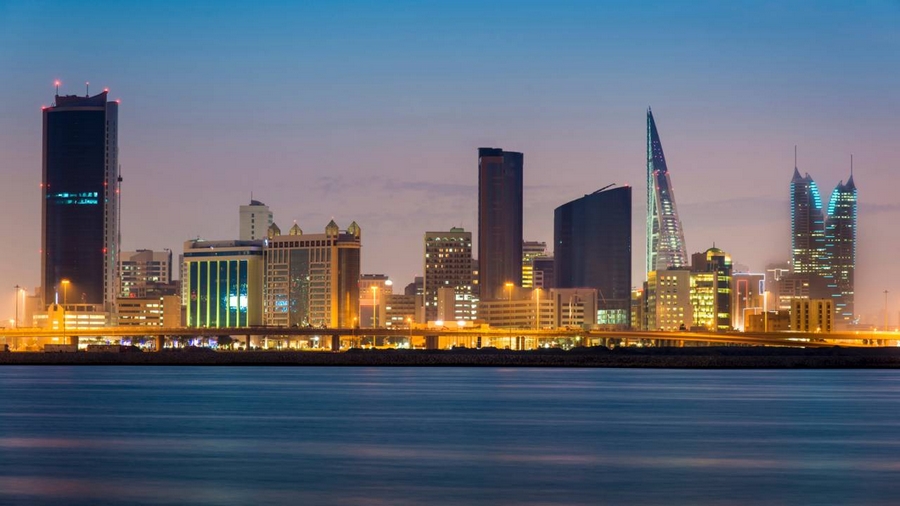 In addition to the international business that brings thousands to the Kingdom of Bahrain each week, another reason to book a trip to Bahrain is currently emerging at the centre of the capital city of Manama: the all-new Four Seasons Hotel Bahrain Bay, opening in early 2015.

Monumental in design, Four Seasons Hotel Bahrain Bay rises 68 stories above the Bay on its own five hectare (12 acre) oval-shaped manmade island. At its base architects Skidmore, Owings & Merrill have conceived a sprawling layout of restaurants, meeting spaces, an enormous spa complex, and beautifully landscaped pools, terraces and gardens. In the tower are 273 rooms and suites – all with panoramic views – and a dramatic two- level sky bridge housing world class restaurants and hi tech event spaces. 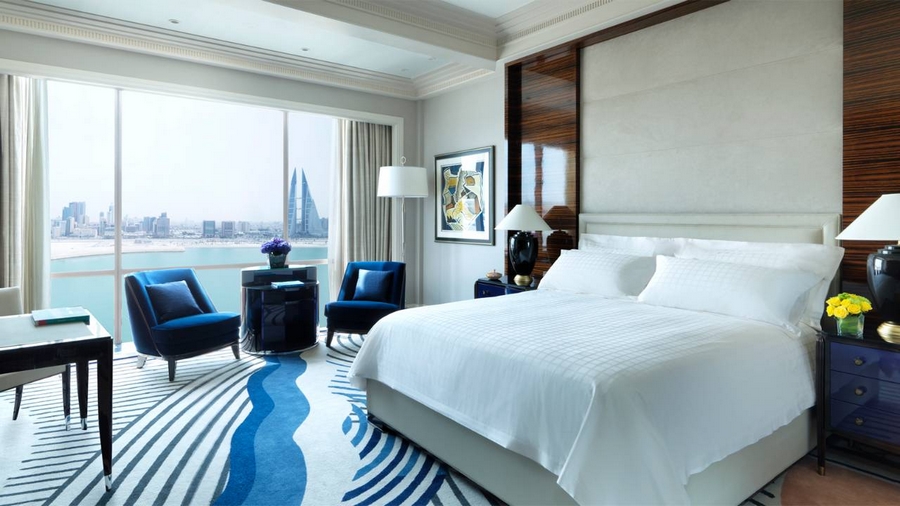 The interiors are created by Pierre-Rochon. His inspiration came from the glamorous ocean liners of the 1930s, realized here in modern lines with Art Deco accents and a calming colour palette. Particular attention was paid to lighting design, transforming spaces from day to night and taking full advantage of the Hotel’s abundant natural light.

Throughout the Hotel, contemporary local culture is celebrated in a collection of works by Bahraini artists, including a wonderful series of ceramic tiles depicting the region’s ancient Dilmun Culture by Huda Al Saie. 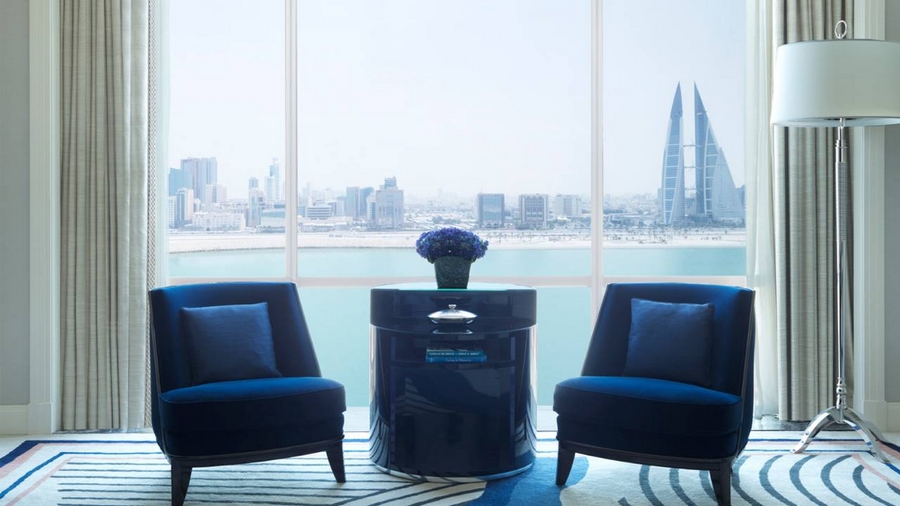 At 3,485 square metres (37,512 square feet), the Spa at Four Seasons Hotel Bahrain Bay will be one of the largest in the global Four Seasons portfolio. Pierre Yves-Rochon has created a series of pavilions linked by modern mashrabiya (traditional screened windows seen throughout the Arab world) and surrounded by lush gardens. A sensitively designed layout assures complete comfort and privacy in separate unisex and women’s only facilities, including two fully-equipped fitness centres.

Spa Director Chandarella Luzon, most recently of the acclaimed Spa at Four Seasons Resort Chiang Mai in Thailand, leads a team of internationally-trained therapists who will work their magic in 17 luxuriously-appointed treatment rooms. With influences from Thailand, Indonesia and India, therapies will include massages, body treatments and facials using chemical-free Sodashi and ila products, and specialized treatments include salt inhalation and traditional Turkish-style hammam.