Postcard-pretty: The most popular beaches 2014. 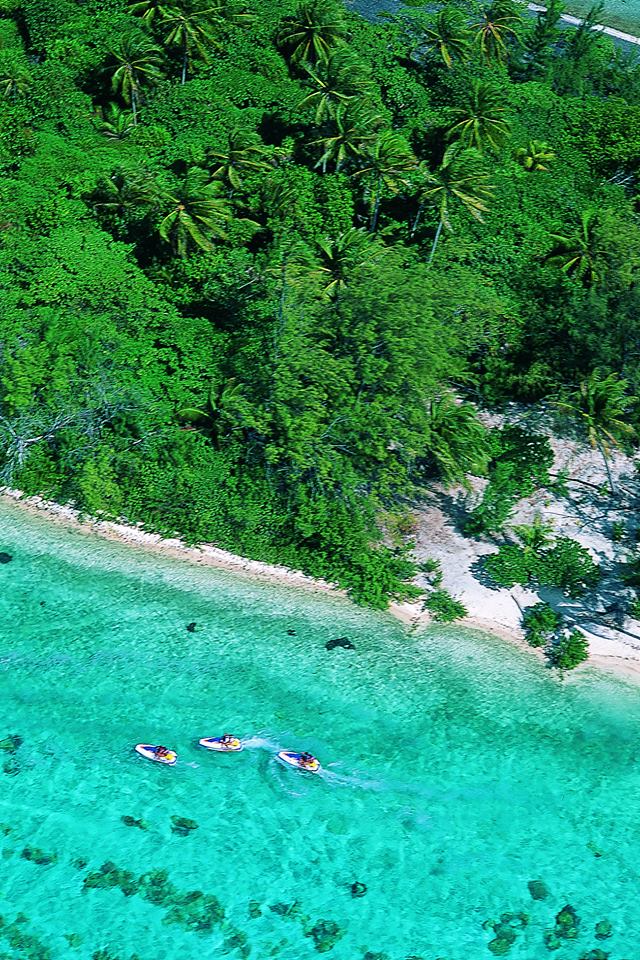 A great beach destination needs some element of drama, the extra wow factor, a stunning coastline, an excellent bathing water quality and water activities offer, quality food, space and privacy, easy access to sand and other facilities, no industrial, waste-water or sewage-related discharges and so on. Nothing is lacking: the picture of perfection and a garden of earthly delights. 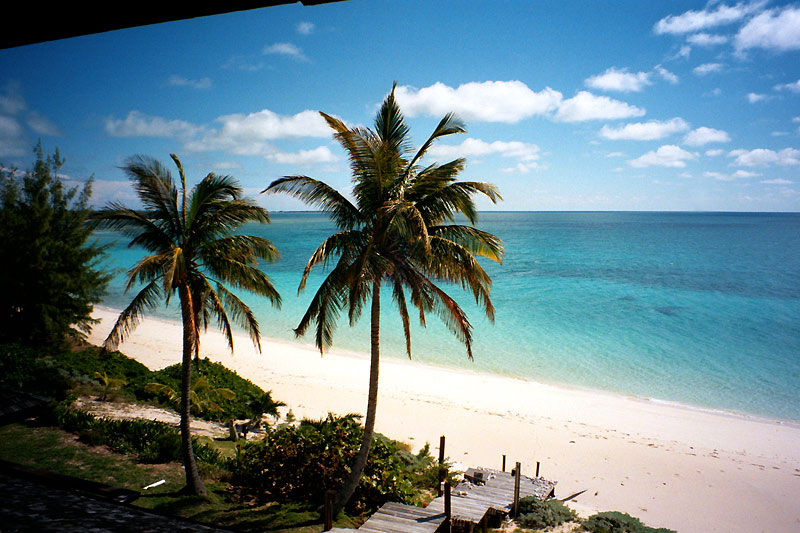 Bahamas
Synonymous with fun in the sun, the island country consisting of more than 700 islands, cays, and islets in the Atlantic Ocean offers beaches with scenic beauty that is difficult to match.
Paradise Beach, Cabbage Beach, Xanadu Beach, and Western Esplanade are the main attractions for travelers who appreciate the availability of restaurants and calm waters. 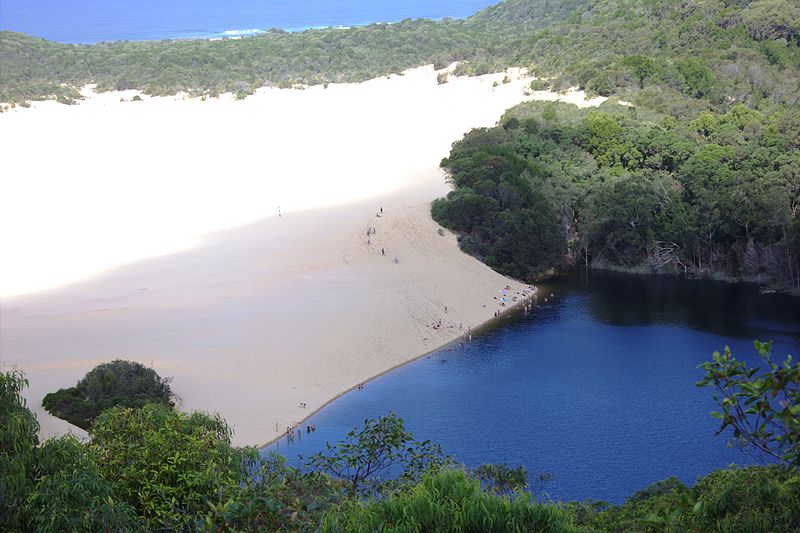 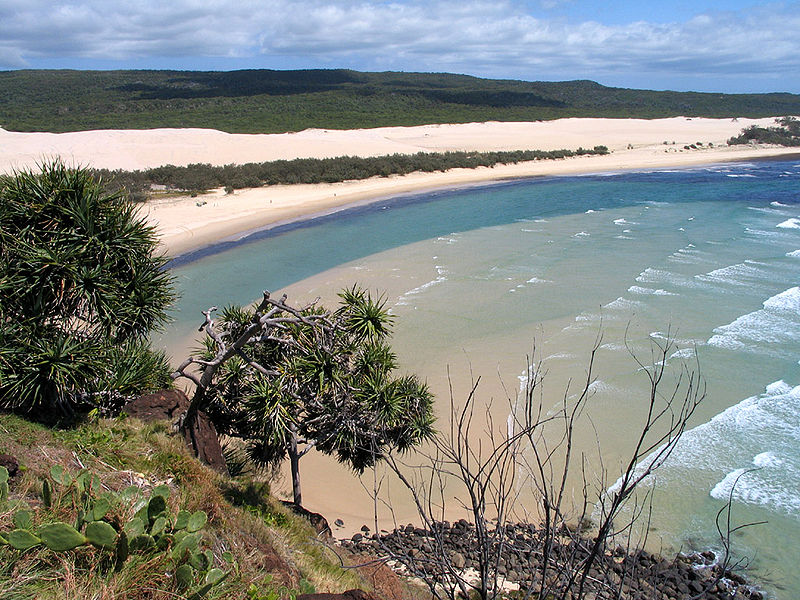 Fraser Island, Australia
Fraser is the largest sand island in the world and the only place on the planet where rainforest grows from sand. Rich Aboriginal heritage and a colourful European history are integral to Fraser Island. This combination makes Fraser Island one of the most rare and mysterious features of Queensland’s coastline. The 120 kilometres (75 mi) beach runs along most of the east coast of Fraser Island. It is used as a landing strip for planes and an informal highway for vehicles (highway rules state that vehicles must give
way to aircraft if they are oncoming). Along the beach are the Champagne Pools, Indian Head, the Maheno Wreck and the outflow of Eli Creek. Fraser Island has over 100 freshwater lakes,[16] as well as the second highest concentration of lakes in Australia after Tasmania. The freshwater lakes on Fraser Island are some of the cleanest lakes in the world. 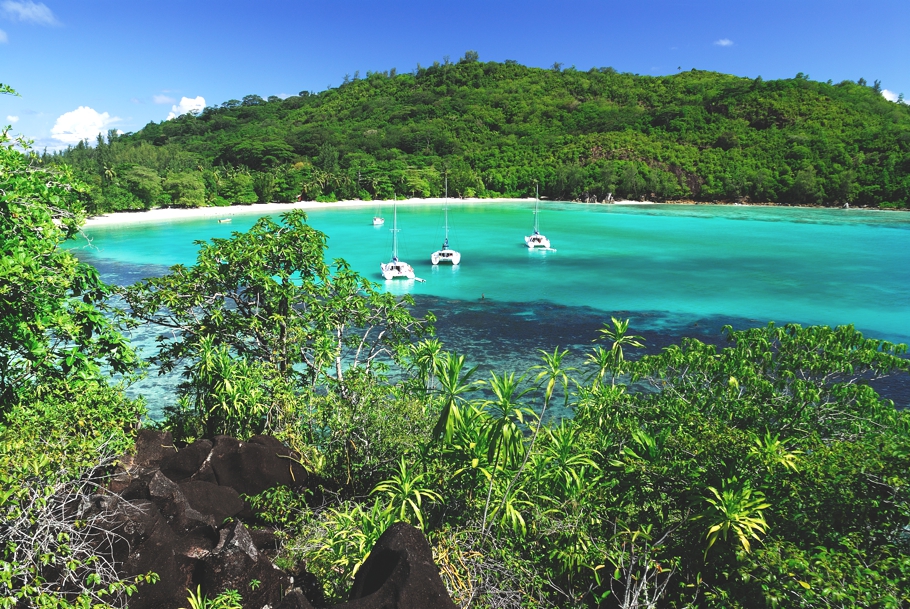 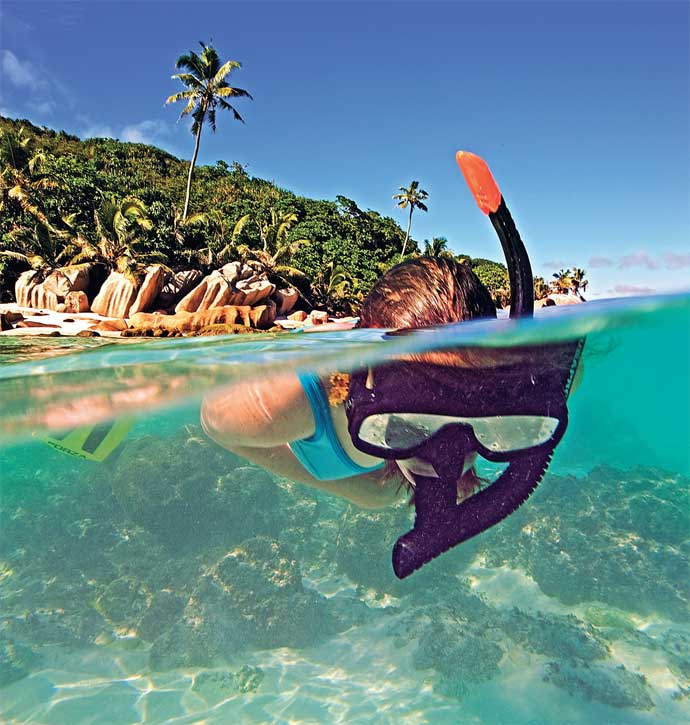 Seychelles
The beaches of otherworldly archipelago of 115 islands in the Indian Ocean are the most photographed beaches in the world and are protected from the ocean’s waves by a reef. Seychelles is home to the unique Vallee de Mai, claimed by some to be the original site of the Garden of Eden. The place has long been dubbed the ‘islands of love’ – a place where romance is as natural as the waves caressing the shores of a secret cove at midnight. Seychelles is home to one of the most visually stunning remote islands in the world Cousine Island. 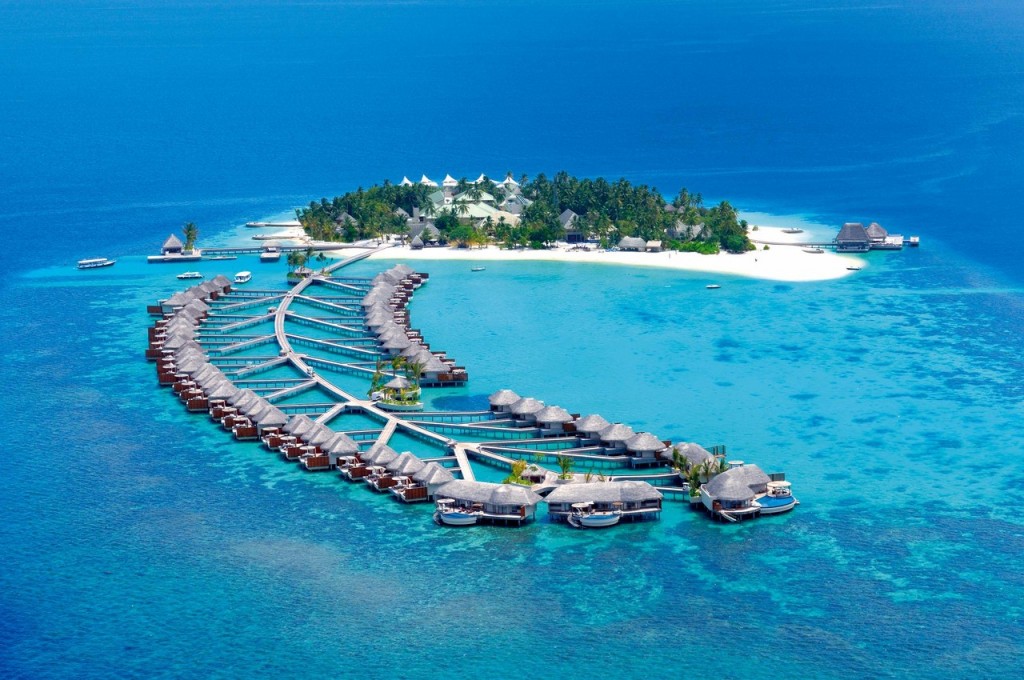 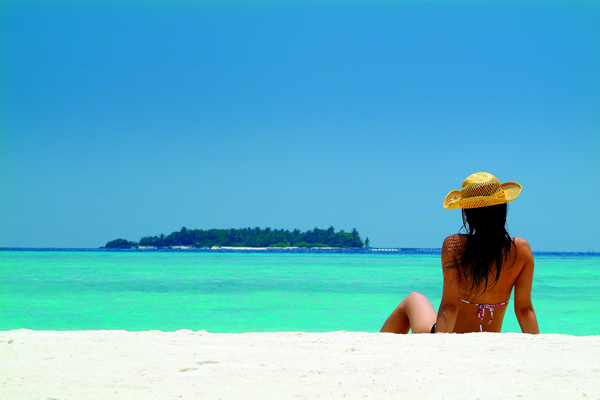 Maldives
With sparkling white sand and seas of the purest sapphire blue, Maldives boasts some of the most beautiful and most numerous high-class beaches in the world. Here everyone can have fun in the sun. The spectacular beaches are the ideal venues for pampering,snorkeling, windsurfing, sunset fishing and canoeing. The very best beaches in Maldives are not fixed, but are moving as the oceans moves the sand aroung the atoll. The Maldives remained largely unknown to tourists until the early 1970s. Only 185 islands are home to its 300,000 inhabitants. 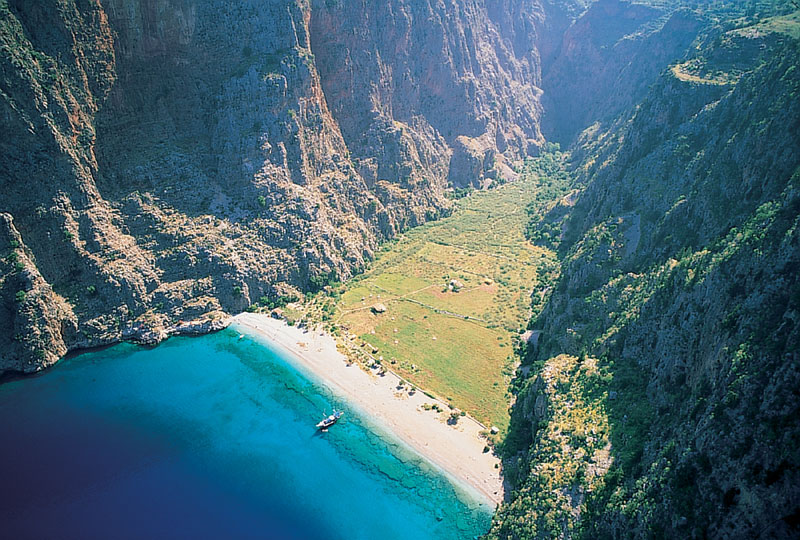 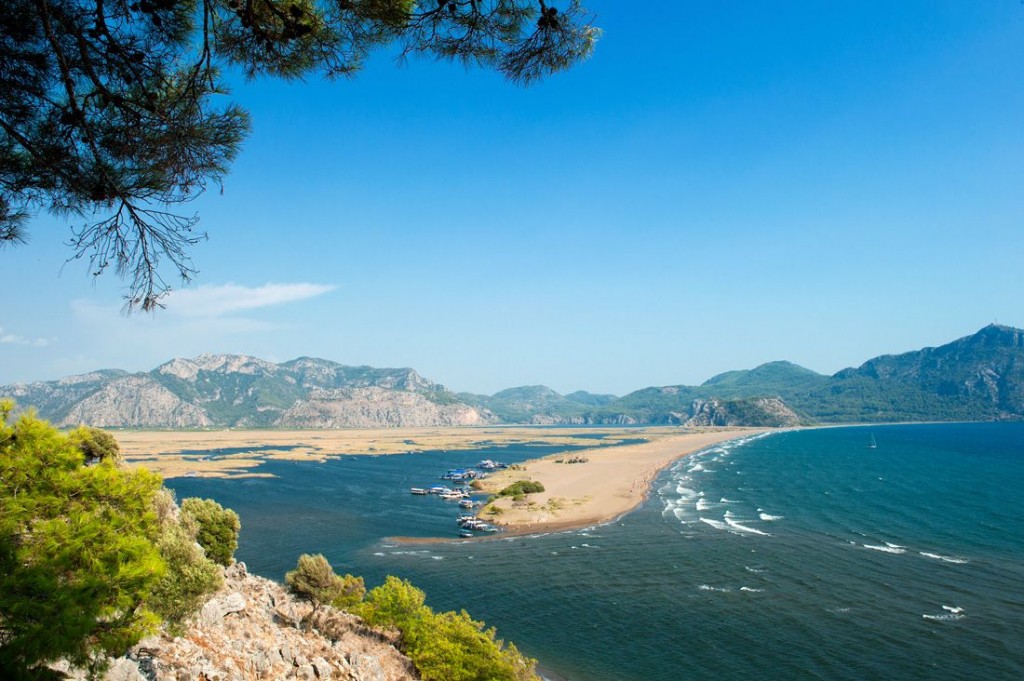 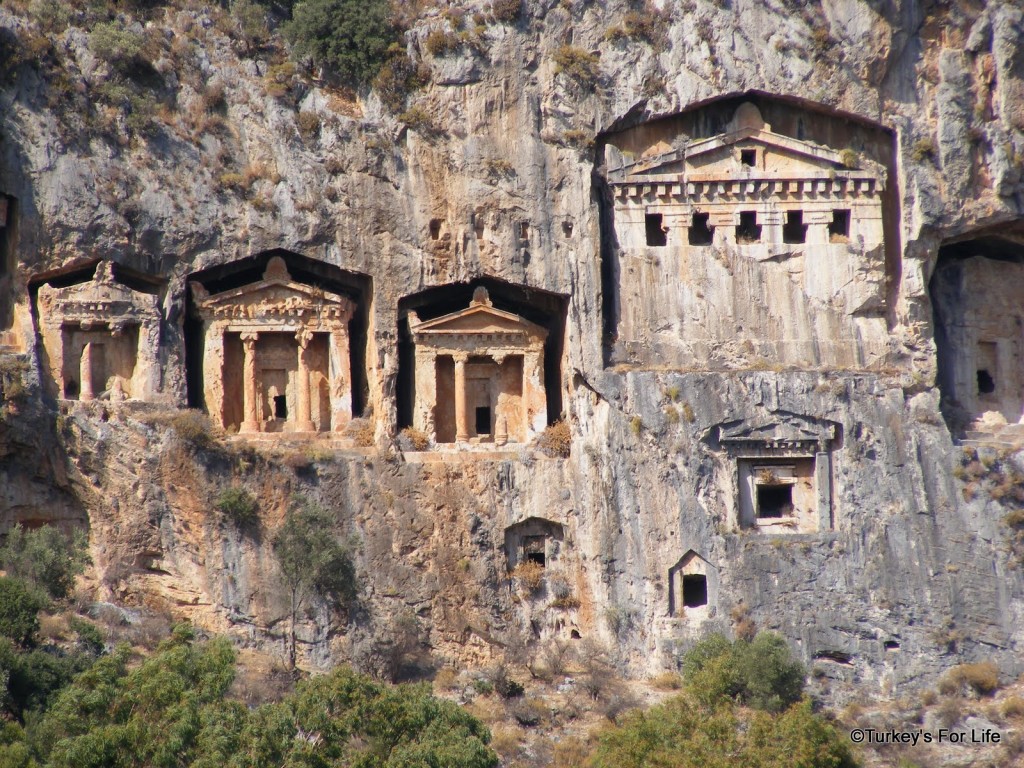 Turkey
Turkey has a lot of crowded beaches, but the countries offers much more hidden gems, reachable by car or boat. These hidden arcs of sand are rarely busy, even in high season. Ovabuku on the Datca peninsula, v-shaped Butterfly Valley situated between two towering cliffs, Amos on the Bozburun peninsula, Gemiler beach, Cirali, Kaputas (near Kalkan) or Iztuzu Beach Dalyan are some of top crowd-free beaches in Turkey. 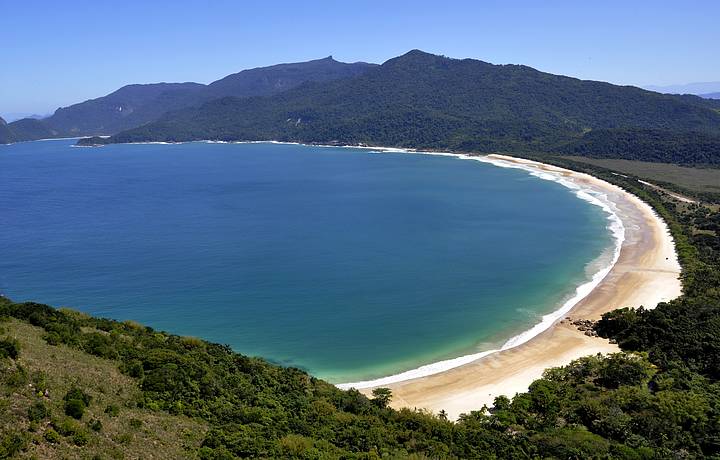 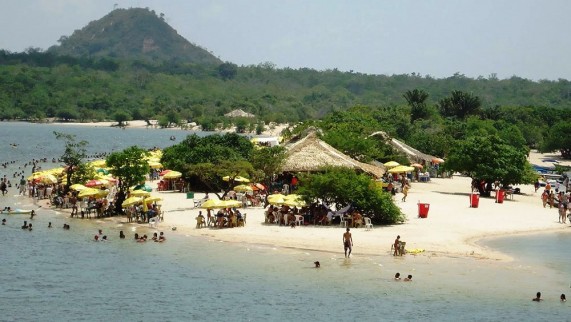 Brazil
Finding a nice beach is an easy task in Brazil, a country where everything revolves around beautiful beaches, the beach as lifestyle and cultural icons like Havaianas, beach football, bikinis, eternal carnaval, Copacabana, The Girl from Ipanema, and so on. Forget the crowded Rio de Janeiro if you want to discover the most spectacular and remote beaches of the country.
Alter do Chao Pará dubbed “the jungle’s answer to the Caribbean”, Lopes Mendes Ilha Grande, Praia da Fazenda, Fernando de Noronha archipelago, Praia do Toque Alagoas, and Caraiva Bahia are some of the most interesting beaches on the 8,000km coastline. 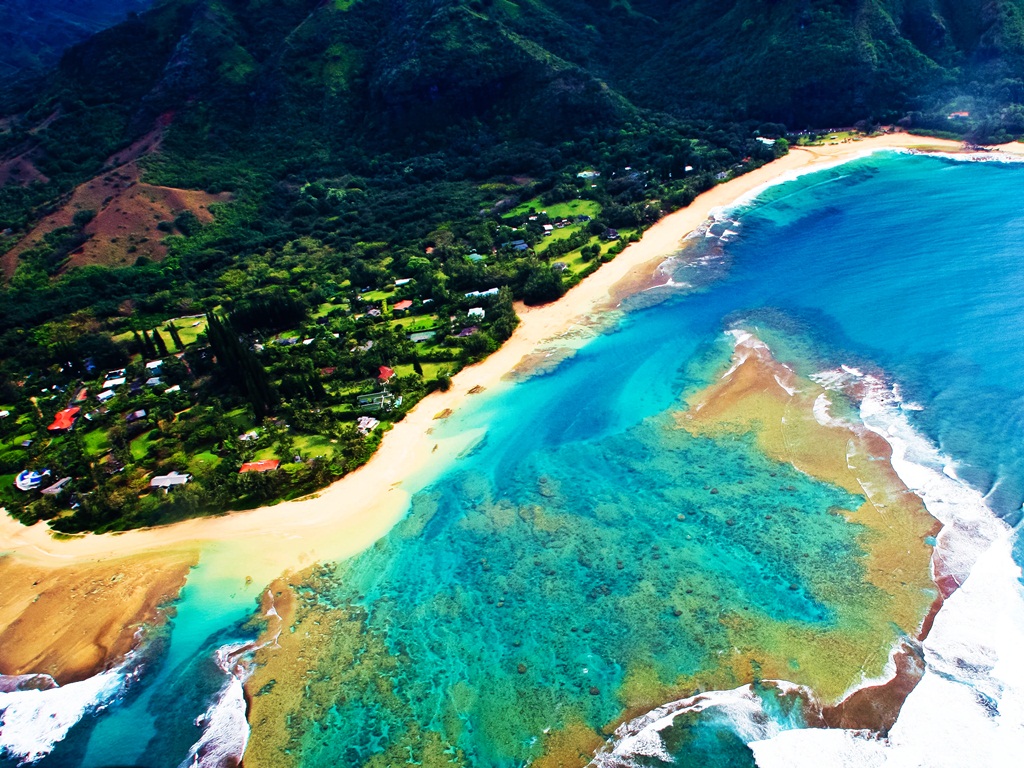 Hawaii
world-renowned for its beautiful beaches, Hawaii always offers an opportunity to relax in the natural beauty that surrounds the islands. Hawaii’s diverse natural scenery, warm tropical climate, abundance of public beaches, oceanic surroundings, and active volcanoes make it a popular destination for tourists, (wind) surfers, biologists, and volcanologists alike. The islands offer white, black, green and red sand beaches, romantic bays and beach parks. Waikiki Beach,one of the most popular beaches in the world, is also one of the best spots in Hawaii to take a surfing lesson.

One of Hawaii’s most scenic and one of the most treasured Hawaii beaches is the Lanikai Beach in Oahu, while Black Rock Beach on the island of Maui is recommended for water activities like scuba diving, kayaking, and surfing. Popular with visitors and Hawaiian monk seals, Poipu Beach on the South Shore beach was once named America’s Best Beach. One of the most popular beaches in the world, Waikiki Beach, Waikiki is one of the best spots in Hawaii to take a surfing lesson. Hawaii’s largest white sand beaches is Papohaku Beach Park and One Alii Beach Park is a recognised favorite of Hawaiian alii (royalty). Hulopoe Beach Park (Lanai) and Kaanapali Beach, Kaanapali (Maui) were also named “America’s Best Beach” over time.

Bora Bora, Tahiti
Bora Bora’s lagoon resembling an artist’s palette of blues and greens, is love at first sight. Perfect white-sand beaches give way to emerald waters where colored fish animate the coral gardens as they greet the giant manta rays. This could be easily be described as the center of the romantic universe, where luxury resorts and spas dot the island with overwater bungalows, thatchedroof villas, and fabled ambience. From the dramatic scenery to the privacy and amenities of the overwater bungalows,everything in Bora Bora equals a 10 on the romance scale. 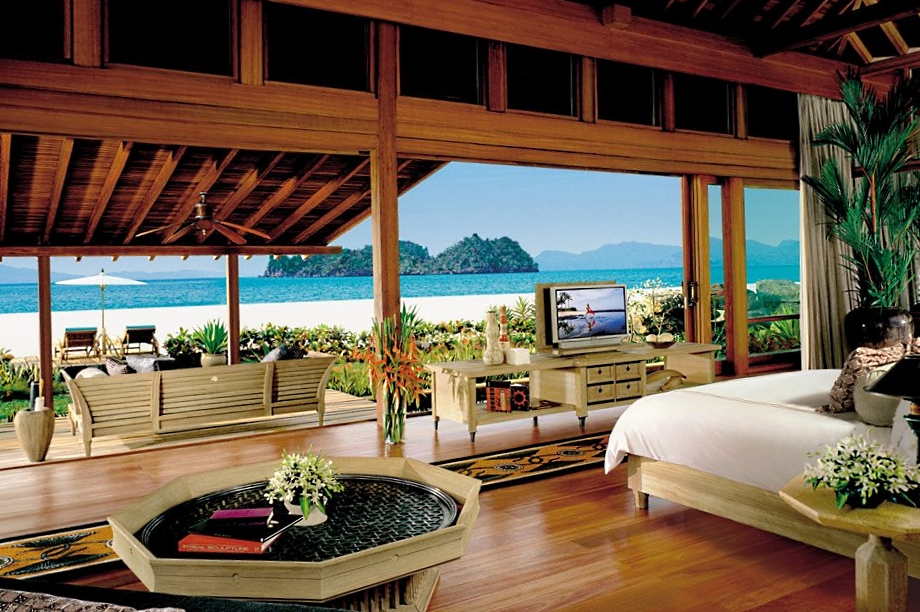 Langkawi, Malaysia
Once a sleepy fishing town, the island is now a major shopping hub following government’s decision to declare it as a duty-freezone. The main tourists attractions on the island are idyllic white sandy beaches with swaying coconut trees and crystal clear bluewater. Therefore, Langkawi island is a shopping haven for shopaholics as you can pretty much get everything. Think greatadventures and captivating scenery, think Langkawi. 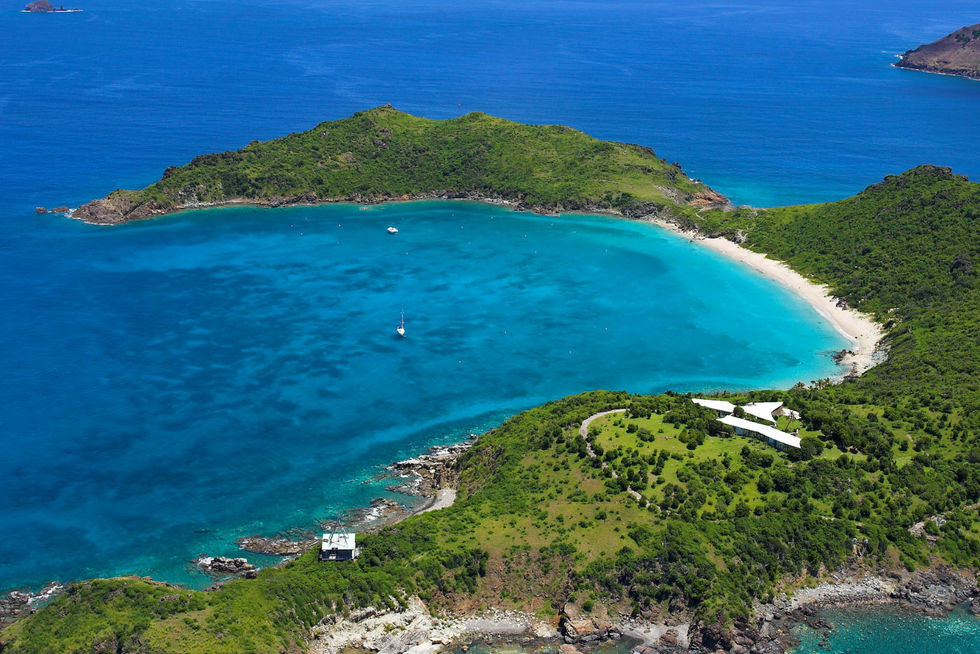 St. Barths
This volcanic island fully encircled by shallow reefs mixes sophisticated relaxation with rustic charm. St. Barts is considered a playground of the rich and famous, especially as a winter haven, and is known for its beaches, gourmet dining and high-end designers. As soon as you land at Gustave III Airport, you’ll find yourself transported into a dreamland, a far-away place without the constraints of everyday life. Excellence, luxury, serenity…the perfect adjectives to describe this unusual island.