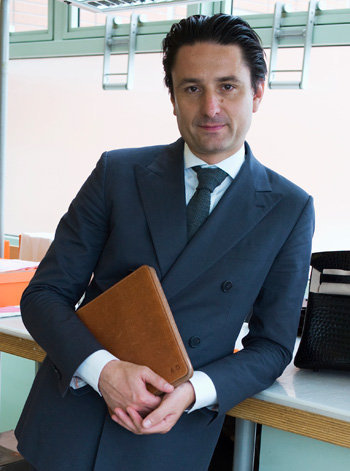 Fighting with LVMH’s attempts to amass a stake in Hermès, the French luxury fashion house appointed Axel Dumas (42 years old), a member of its founding family, as Co-Chief Executive Officer of Hermès International.

Since Axel Dumas‘ arrival at Hermès in 2003 he has held a number of key positions, including Managing Director of jewellery and then of leather goods. In 2011 he was appointed Chief Operating Officer of the group. Before joining Hermès, he worked for BNP-Paribas both in China and in the USA. As of 4th June 2013, he will work alongside CEO Patrick Thomas for a transitional period, until the latter’s retirement at the beginning of 2014.

“The Hermès family is delighted to see one of its own members taking charge of the company. Axel will have everyone’s support in continuing to develop this wonderful house to which we are so strongly attached,” said Henri-Louis Bauer, Chairman of Emile Hermès SARL, active partner of Hermès International.

“I am very honoured and touched by the trust that my family has shown in me through this appointment. I know that their support and vision will be invaluable in helping me to successfully follow on from the work of my predecessors, especially in protecting our independence,” stated Axel Dumas.