The market of sailing boats is worth 2.1 billion euro, 74% of the value is represented by the boats in between 12 and 30 m. 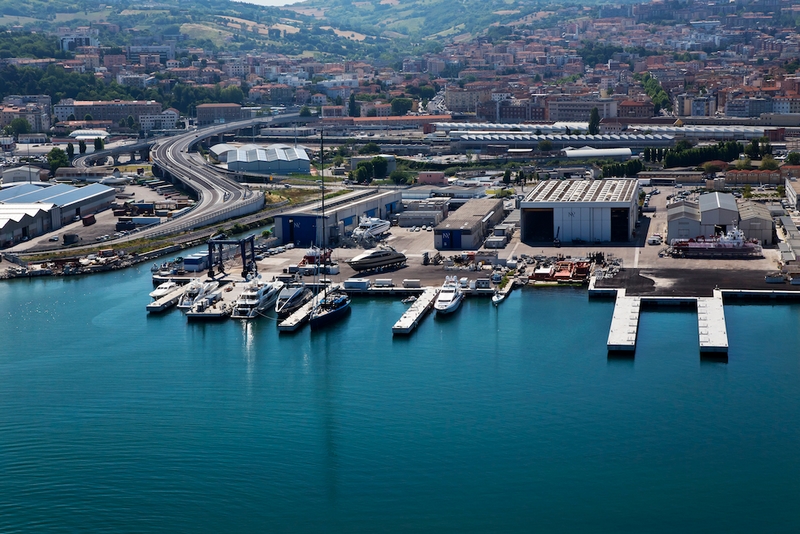 The global market of new boats has a value of 19 billion Euro, according to estimates made by Deloitte and Altagamma for the year 2015, with about 800 thousands boats sold and recorded a significant growth versus 2014. In 2016 the order book of superyachts amounted to 295 yachts with a value of 8.7 billion Euro. Italy is confirmed as the second largest boat producer in the world, after the US, and the first worldwide
producer of super yachts.

The first of the study “Market Insight of the International Recreational Boating Industry”, by Deloitte and Altagmma was presented at the 2016 Yachting Festival in Cannes by NAUTICA ITALIANA, the association affiliated with the Altagamma Foundation set up by 25 of the most important Italian brands in the luxury yachting sector. The purpose of the Study is to analyse the main trends of the global boating recreational market classified by the main vertical sectors and business segments of the industry. 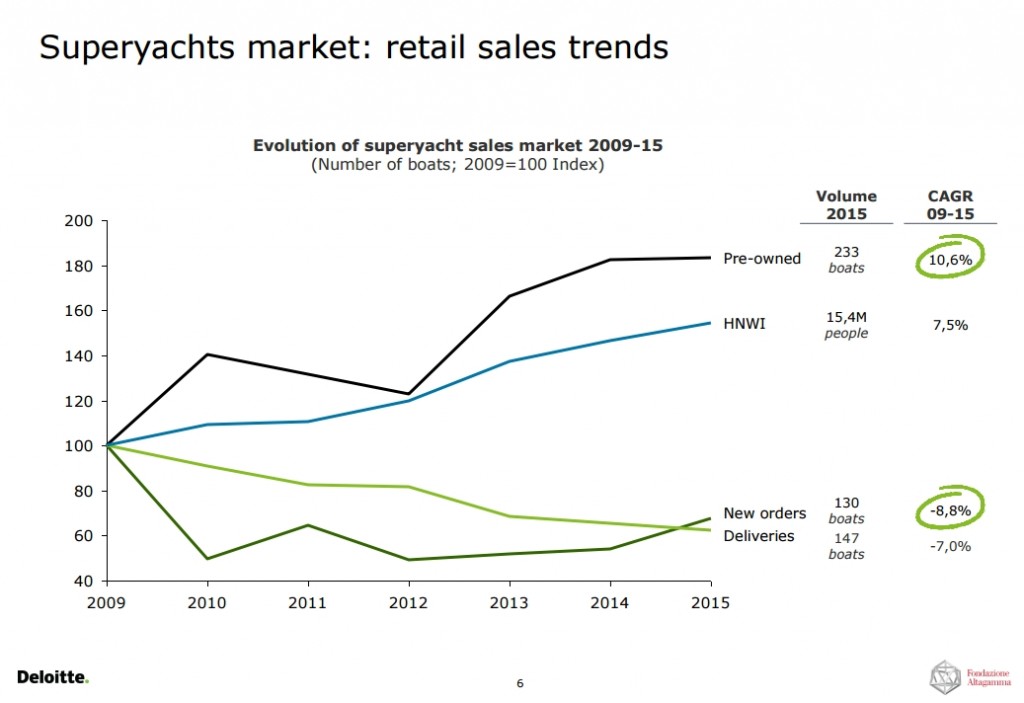 The market of sailing boats is worth 2.1 billion euro, 74% of the value is represented by the boats in between 12 and 30 meters.

• The segment of superyachts (length over 30 meters) is worth 2.9 billion euro, the motor yachts segment weights 95% of these market.

• The segment of Refit & Repairs and superyachts Charter are worth at least 1 billion euro in 2014. 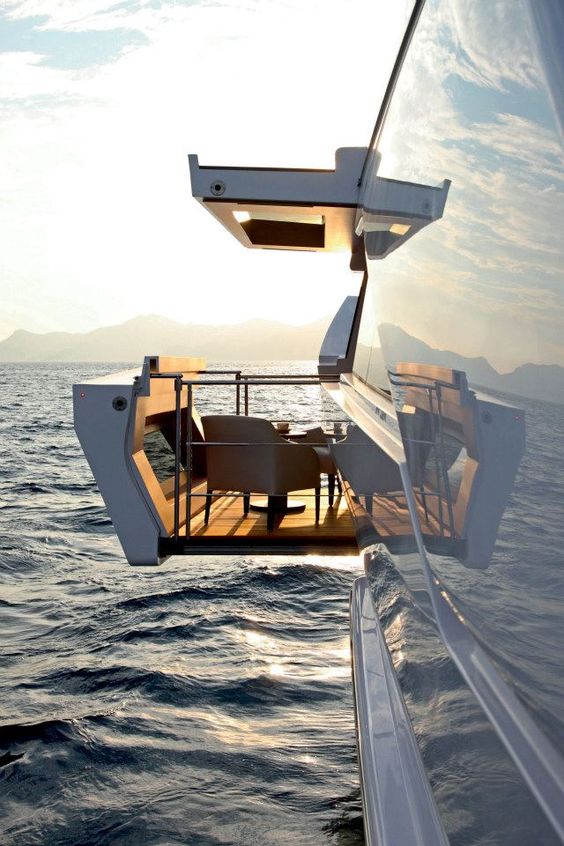 • The order book of superyachts in 2016 is estimated at 295 units – excluding on hold orders and ghost boats – with an overall value of 8.7 billion euro.

• In 2016 the speculative orders of superyachts account at least 53% of the order book.

• In 2016 Italy has a 39% market share of the superyachts order book, that decreases to 25% when the overall value is considered.

• The superyachts market penetration is estimated around 2.5% of the Ultra-HNWI population, highlighting an untapped potential market that has to be conquered. 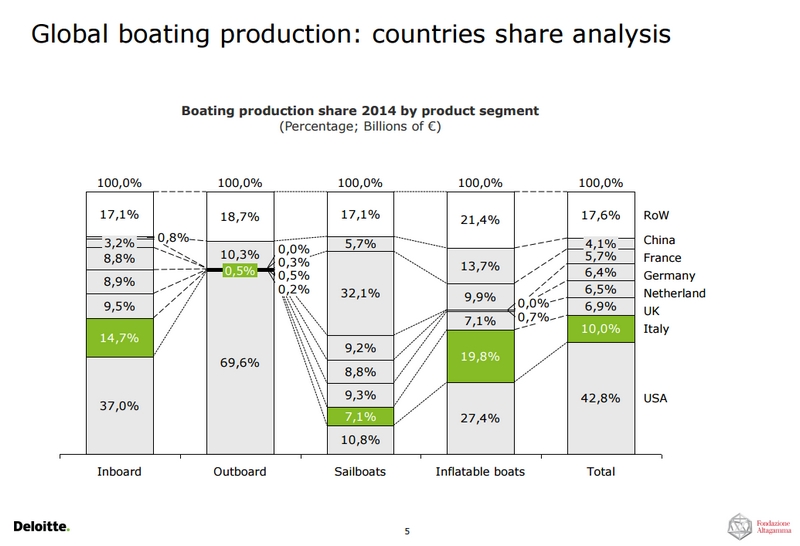 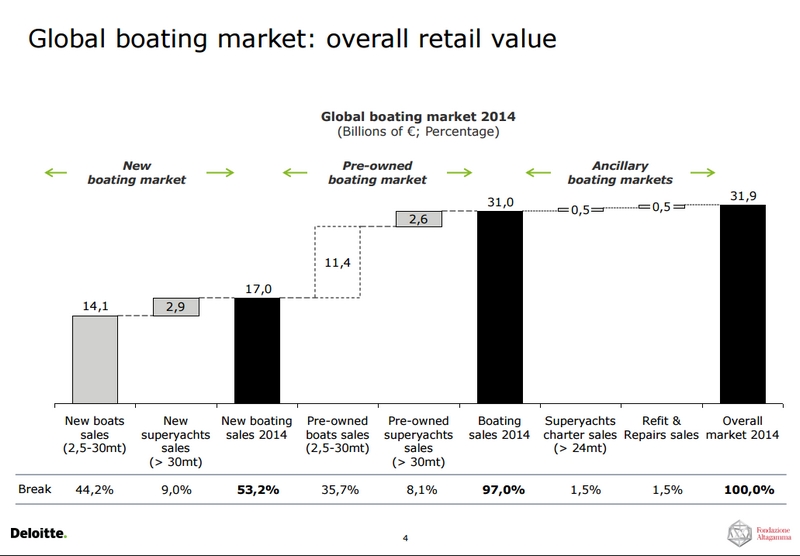 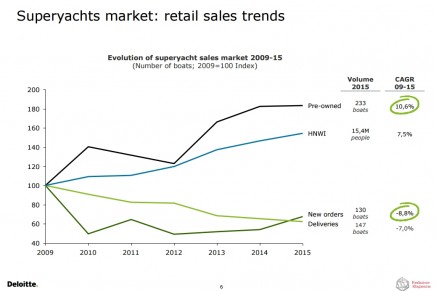 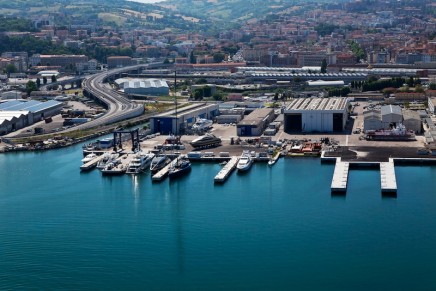 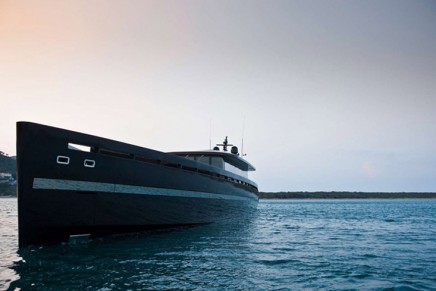 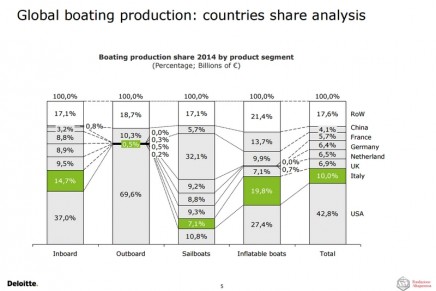 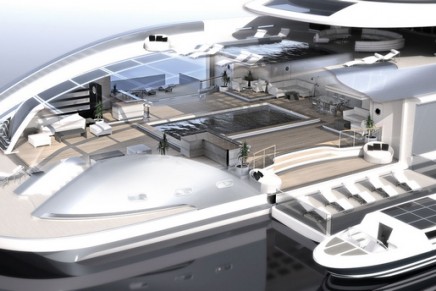 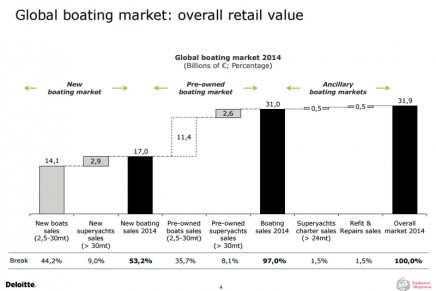 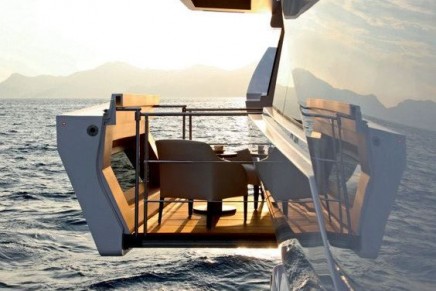