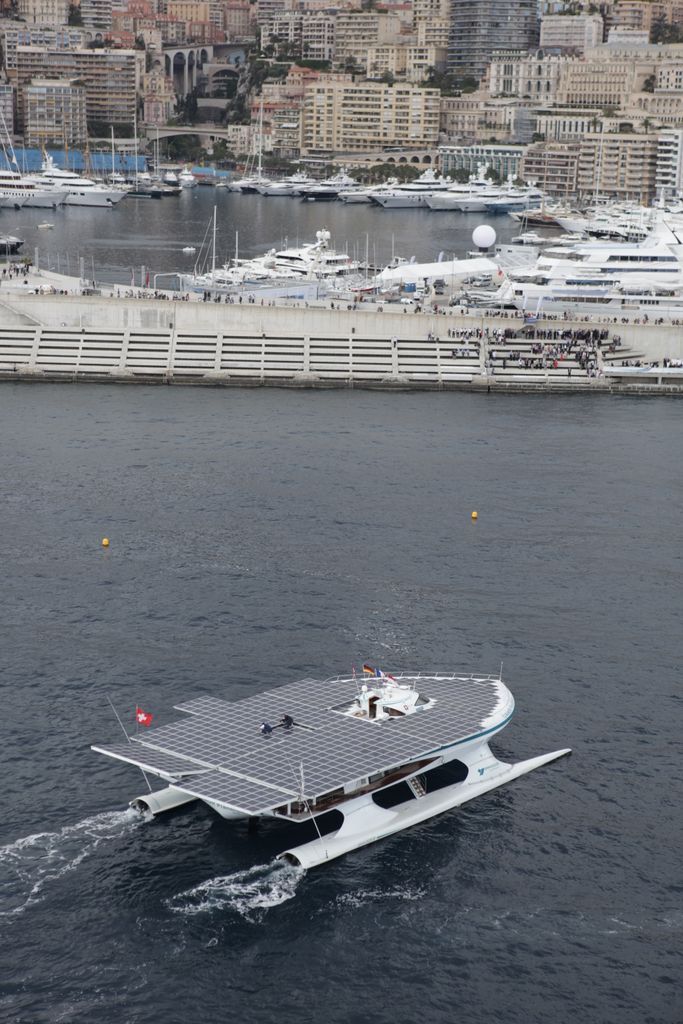 Swiss electrical engineer Raphael Domjan and his team completed the year-and-a-half world tour of PlanetSolar catamaran. Built after seeing the effects of climate change on an Icelandic glacier, the 31-metre PlanetSolar boat had 537 square metres of black solar panels that can produce up to 500 or 600 kiloWatts per hour in good weather — enough to travel 300 kilometres when the battery is fully charged. The 15 million euros cost of the catamaran was supported by German businessman Immo Stroeher.

The four sailors of PlanetSolar crossed the Atlantic ocean, the Panama Canal, the Pacific ocean, the Indian ocean, and finally the Suez Canal in order to reach the Mediterranean. To successfully achieve this journey, the crew counted on the energy provided by the sun and constantly optimised the ship’s route and speed in accordance with the sunshine duration and the weather forecast in the mid-term.

“The idea was not to perform a feat but an eco-adventure with the aim of passing on the message that change is possible. I realised climate change was real and I had to do something,” Raphael Domjan told AFP as the finish line in Corsica in France.

PlanetSolar is 100% solar-powered, including engines, on-board computers, light bulbs and hot water. Raphael Domjan said he has managed to show to industrialists, businessmen and politicians that his were not just fantasies from the novels of Jules Verne such as “Around the World in 80 days”, but feasible ideas.