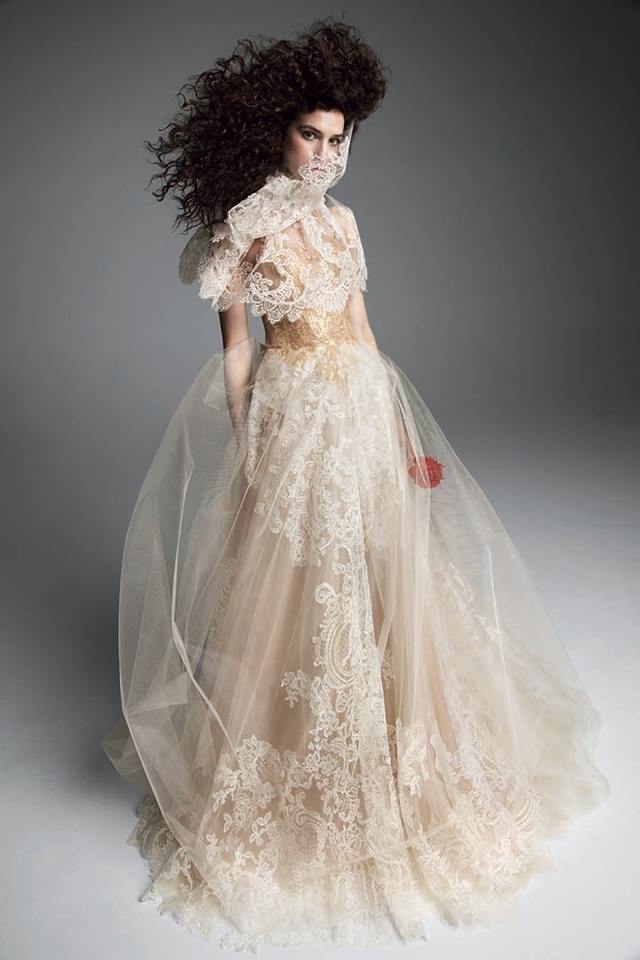 This article titled “The big day – how many wedding dresses are too many?” was written by Laura Barton, for The Guardian on Tuesday 30th July 2019 16.33 UTC

Once, it was all about the profundity of the singular: you married The One and you wore The Dress. Today, the numbers have shifted – 42% of marriages end in divorce, and it is quite normal for a bride to wear two dresses on her wedding day.

The Duchesses of Cambridge and Sussex did it, as did Gwyneth Paltrow. The logic is quite simple: a formal number for the ceremony and something a little less cumbersome for the reception. One could reasonably argue it is not so very different to the idea of a “going-away suit” worn by the brides of yesteryear.

But what of the brides who feel compelled to go further? Multiple wedding dresses are a rising trend. Solange had three jumpsuits, and Chrissy Teigen wore three gowns, all by Vera Wang. Kim Kardashian West wore three dresses to her second and third weddings; at the latter, her 2014 wedding to Kanye West, she chose Valentino for her pre-wedding breakfast, Givenchy with a cathedral train for the aisle and a pearled Balmain minidress for the evening.

A woman’s decision to wear multiple wedding dresses could be viewed as progress – an indication of the way that women’s roles are now rich and multifaceted; even when we marry, we are not just a wife, we are not only prim and pristine – we are also the woman who wants to dance.

But the trend could reasonably be viewed as a reflection of the modern unsettled nature of relationships. Not only do we not marry and stay married as we once did. We cohabit, date around and date different genders. We Tinder, we Bumble and we Hinge. We frolic among the meadows of choice. We might also want a selection of dresses that we could feasibly wear again (although I’m not sure anyone does).

Increasingly, our exploration of the many facets of ourselves is not explored internally, but rather aesthetically – through fast fashion, cosmetic surgery, multiple relationships and an array of wedding dresses.

As Kierkegaard suggested, perhaps we would do better, be happier, if instead we learned to rotate the crop of ourselves. After all, as the finest Danish philosophers knew, the best weddings aren’t about changing in and out of fancy frocks – rather they are for relishing time with the one(s) we love.