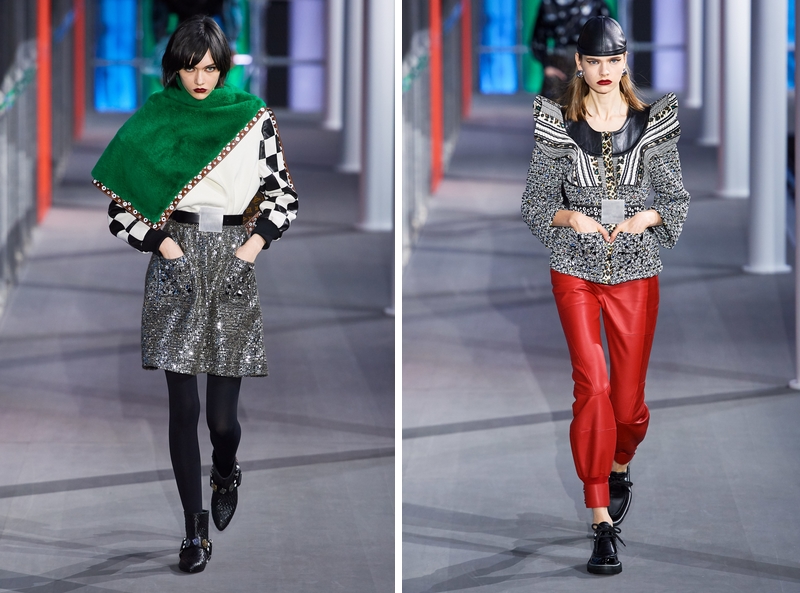 No one would describe Nicolas Ghesquière’s latest Louis Vuitton collection, which closed Paris fashion week on Tuesday evening, as pretty. With leather skullcaps and Pierrot collars, chequerboard graphics and an onslaught of primary colours, balloon-legged trousers and shark-fin lapels, it was not easy on the eye.

If you think his clothes are ugly, Ghesquière is absolutely fine with that. “It’s the beauty of controversy,” he explained after the show, beaming from ear to ear. “I am happy to be misunderstood.”

After all, anyone can give the people what they want. Only a visionary can deliver what they don’t yet understand, but will come to love. That was the concept behind this collection, expressed not only in the clothes but in the venue. Each season, Louis Vuitton builds a catwalk venue within one of the internal courtyards of the Louvre museum for its show. This time, Ghesquière recreated a section of the Pompidou Centre. The Teletubby colours and plasticine shapes of the iconic modern art museum were reproduced at a twentieth of the scale, with a metal catwalk that snaked around the walls, giving them the same inside-out look of the Pompidou, with its external escalators.

The aesthetic of the Pompidou “was very much criticised at the time”, said Ghesquière. “But it has become central to Paris, to culture, to young people, to everyone who loves the future. Your eye gets used to something, and your tastes evolved and change.” While the setting was a direct homage to the jolie laide – unconventionally beautiful – Pompidou, the clothes were more connected with the people Ghesquière has observed from the piazza in front. “I like to sit and watch the people there, to see what Paris really is. To see the streetdancers, the museum people who are quite eccentric sometimes, the fashion people, the gothics – everyone.”

There were grungy slip dresses, bulky padded motorcycle leathers, rakish jumbles of denim and tartan, florals and leopard print. Makeup gave the models deeply sculpted cheekbones and dark lips, as if to emphasise the strangeness of their angular faces, rather than the beauty. Most wore chunky, creeper-soled shoes. “In the past in fashion, we put women in high heels to empower them. Now we usually put them in flat shoes. I still love heels, but I don’t feel any more that they add anything to a silhouette,” said Ghesquière.