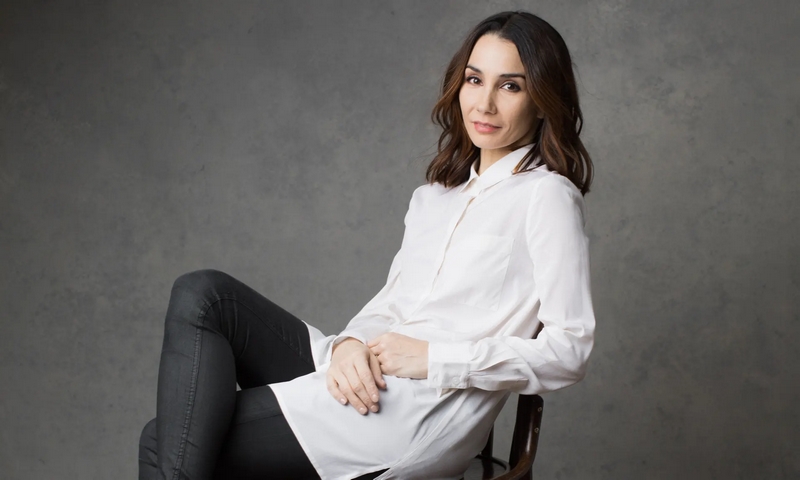 This article titled “Tamara Rojo: ‘I want ballet to be for and about everybody’” was written by Michael Hogan, for The Observer on Sunday 18th November 2018 09.00 UTC

Born in Quebec and raised in Spain, London-based Tamara Rojo, 44, is the artistic director of English National Ballet, as well as lead principal dancer. She was previously a principal with the Royal Ballet. She was made a CBE in the 2016 New Year honours list.

Your and choreographer Akram Khan’s recent version of Giselle reimagined her as a refugee. Is risk-taking important for ballet?
It’s vital to question our traditions. Classics are classics because their essence is relevant for ever. They will always resonate, but you have to put them in a context where people recognise themselves. Ballet can seem archaic and alienating. I want it to be for and about everybody. I’m not seeking to destroy or erase anything.

Do you see yourself as a figurehead for the arts?
I believe the arts are essential for humanity. We can’t help but imagine, create, interpret and express ourselves artistically. It’s part of who we are. So I am a champion of the right of everyone to access the arts.

Female artistic directors are few and far between. How do we change that?
Boards are the gatekeepers to these positions and they’re aware they have to be diverse. As those that make the decisions become more diverse, so will the people they appoint to their institutions. Yet we also have short memories because the great companies of the UK were originally created by women: Sadler’s Wells, Rambert, the Royal Ballet. It was Alicia Markova who created our company. There was a time when women led our art form in the UK – but then we forgot. The first thing I did at ENB was start commissioning women to create choreography. In six years, we have staged 28 works by women.

Did you support the recent move to make pointe shoes in brown and bronze colours for non-white dancers?
Definitely. If you want this art form to be for everyone, it has to be inclusive. The most important thing is that these conversations are happening now.

You still dance yourself. Do people constantly ask when you’ll retire?
I feel older every time I’m asked! It started out as a question, but I’m wondering if it’s becoming a suggestion. Your musical instrument is your body and over time it starts to produce a different tune. Injuries accumulate over the years. I certainly don’t feel I can deliver at the level I should. I also have other things that take up my time: directing the company, collaborating with designers and composers, coming up with projects. I find that so fascinating that I struggle to drag myself into the studio to take class and keep myself fit.

Is it hard to imagine not dancing?
I’ve been a dancer since I was five. Most dancers can’t remember when it wasn’t part of our lives. It’s always difficult to stop. I’m lucky I’ve found something I’m equally passionate about. That makes it easier.

As a Spaniard working in the UK, how do you feel about Brexit looming?
London is my home. It’s worrying to think about a future in which it might not be. When I came here, I had no experience, no special qualifications and didn’t speak the language, but I had the opportunity for a very low-paid job [with the Scottish National Ballet], which today wouldn’t pass the threshold to be admitted. What will happen to the talent of the future?

Your relationship with male principal Isaac Hernández, 16 years your junior, has attracted criticism. Did that surprise you?
I’m a very private person, so I did find it quite difficult. I wondered if it would be the same if it was an older man with a younger woman. But I’m very fortunate to have found somebody I want to spend my life with and who shares my passion. I’m happy – but I feel that is also something that bothers people!

The dance world has seen claims of bullying and sexual exploitation. Is that changing in the age of #MeToo?
What’s changed is the style in which work is carried out. In the past, the ballet master was an almost godlike figure. You did what he said and there was no room for conversation. Certainly at the ENB, that’s not the case. We encourage dancers to have opinions, ask questions and contribute to the process. The work is good because it’s the work of everyone in the company.

Do you find it hard working with dancers who are less gifted than you?
I was not particularly gifted. I was very hard-working. I respect commitment to what we do. Maybe sometimes that makes me challenging.

What do you miss most when you’re touring?
My washing machine. It sounds mundane but when you don’t have one, it becomes a luxury. Dancers are always rehearsing and sweating. I don’t enjoy washing my clothes in a hotel bathroom.

Are you a fan of Strictly Come Dancing?
I do watch it, mainly for Darcey [Bussell] because I love her. It’s fabulous what Strictly has done for dance – especially opening it to men, making them feel it’s OK to move and be emotional.

What do you remember about collecting your CBE?
It was an amazing honour. My parents came over from Spain, and to share it with so many veterans from the armed forces was emotional. You could see how proud their families are. It was one of the most moving days of my life.

What has dance taught you about life?
I’d like to think it’s made me more empathetic. One of the things I learned from [late choreographer] Kenneth MacMillan was not to judge. To become somebody else, you have to embrace their weaknesses. When you do that over and over again, while reading about the people you’re portraying – flawed characters, like Carmen or Mary Vetsera in Mayerling – you start accepting that people come in all sizes and colours.

We’re entering a busy season for ballet. Are you working over Christmas?
We’re doing two shows per day for six weeks but this year, because of where Christmas lands, I have two-and-half days off. So for the first time in a decade, I’m going to see my family in Spain. There will be lots of eating, drinking and laughing. All the generations together.

What does the new year hold?
In March, we move into our new purpose-built HQ in east London. That will be transformational for both the school and the company, giving us the opportunity to really open up. The first big project we’ll do there is a huge production of Christopher Wheeldon’s Cinderella in the round, which we’ll bring to the Royal Albert Hall with 100 dancers. I’m really looking forward to what 2019 brings.