Appealing to cultural connotations and heritage, luxury hotels dive in the personalization of personalization. The Warwick New York Hotel celebrates the spirit of the Old Hollywood era and the innovators of today’s cultural landscape by unveiling of five new specialty suites. Originally built as a romantic hideaway for screen siren Marion Davies and publishing tycoon William Randolph Hearst, the Warwick New York Hotel set out to capture the glamour of the lovers’ bygone era with the aptly named Randolph Suite and Davies Suite along with the Russell Suite,Follies Suite and Modern Art Suite.

Spearheaded by Interior Design International’s Stephanie Ellis-Carmody, the renovations began in April 2013 and involved a full redesign of each of the five guestrooms. Ellis-Carmody placed a great deal of importance on upholding the architectural integrity of the time period and the building itself. While certain aspects of the suites were redesigned to meet today’s modern standards of luxury, many of the original fixtures were simply given minor cosmetic upgrades in order to retain their historical essence. 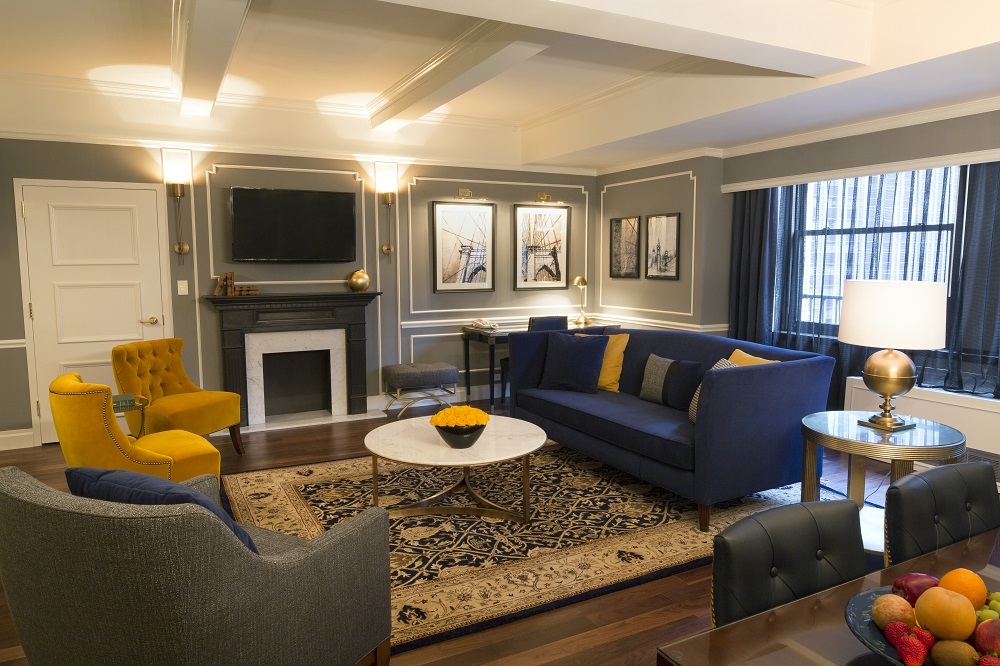 At 977-square-feet, the Randolph Suite is the largest of the collection and draws inspiration from shades of newsprint with a pallet of deep navy offset by touches of black and grey. Striking gold accents call back to William Randolph Heart‘s opulent tastes and infuse a regal air into the suite. Befitting of a successful tycoon such as Hearst, the suite features a selection of stately, oversized furniture and a well-appointed boardroom ideal for the most distinguished of business transactions. Mixing business with pleasure, as Hearst himself was wont to do; the space also features playful touches such as oversized headboards with metal studs or portraits of Marion Davies hanging above the dining table. 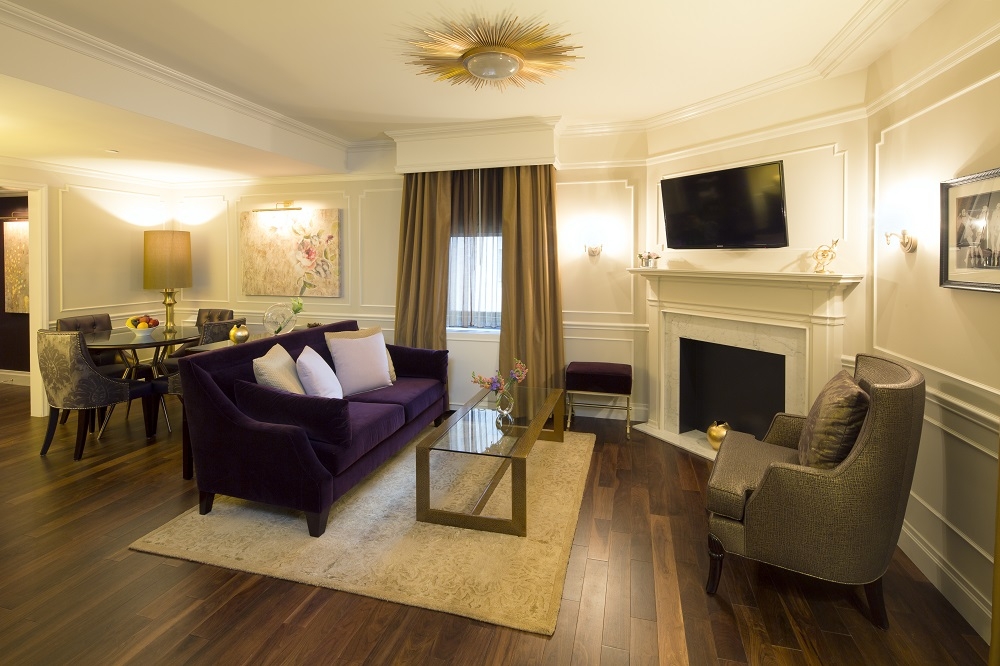 The Follies Suite was designed to recreate the razzle-dazzle spectacle that was the Ziegfeld Follies. The suite’s rich color palate of deep purple and gold calls back to the resplendent era of flappers and showgirls and gives guests a true feeling of the old New York glamour.

Formerly a Follies Girl herself, Marion Davies’s vibrant spirit is the driving force behind the Davies Suite – as well as the Warwick New York Hotel as a whole. A wonderfully independent woman, the suite’s design serves to capture her brazen spirit with bold contrasts of black and white that elicit a glamorous Art Deco feel.

Overflowing with her signature brand of bombshell sensuality, the Russell Suite captures the provocative energy of Hollywood starlet Jane Russell. A gilded frame displays a 1950’s swimsuit in the main foyer, giving guests a taste of the pinup-style glamour that lies ahead. Further inside, the suite’s walls are bedecked with portraits of Russell and Marilyn Monroe along with a series of figurative paintings that recall the flawless curves that both women made iconic. The sumptuous four-poster bed serves as the bedroom’s focal point and is covered in soft white linens. 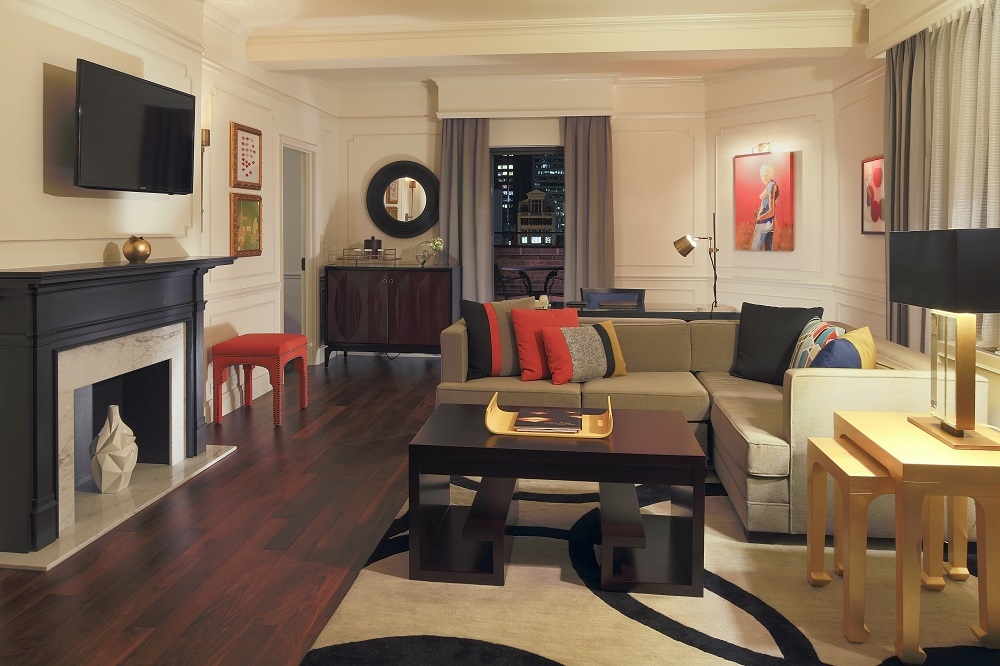 The Modern Art Suite looks not to the past but to the future of New York’s art and culture drawing inspiration from the Museum of Modern Art. The suite is filled with carefully curated selections from the industry’s most quintessential figures that forged the path for today’s modern artists. The suite has a home-gallery feel with a variety of different frames displaying works from Warhol, Miro, Pollock and Jasper Johns. The artworks provide an interesting color palette for the space with soft shades of cream and nude contrasted by bold streaks of orange and black.