London and Paris are Europe’s UHNW Cities. Nearly Half of Top 10 UHNW Cities Are in America. 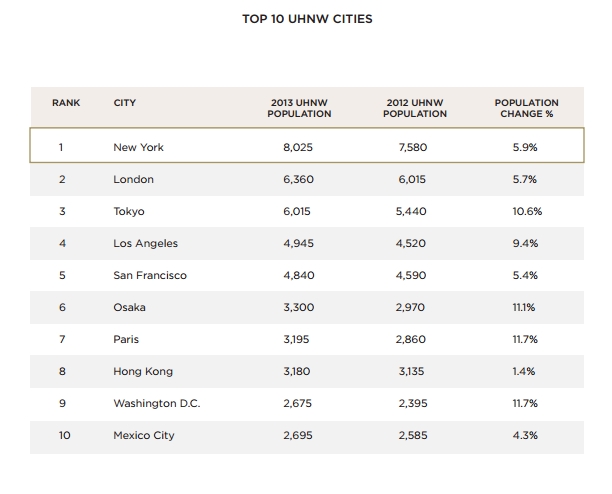 New York, Los Angeles and San Francisco are among the top 5 in Wealth-X‘s list of the world’s cities with the highest concentration of ultra high net worth (UHNW) individuals, defined as those with total net assets of US$30 million. Washington D.C. is ranked ninth ahead of Mexico City, but behind Osaka, Paris and Hong Kong.

Wealth-X, the world’s leading UHNW intelligence firm, released this ranking as part of the Wealth-X and UBS World Ultra Wealth Report, which was launched in early September.

London came in at number 2 on the list with 6,360 UHNW individuals. The only other European city to make the list is Paris with 3,195 ultra wealthy individuals.

The top 10 cities collectively grew in UHNW population by 7.5 percent over the past year, outpacing the global average of 6.3 percent. There are 45,230 UHNW individuals concentrated in these cities, equal to 23 percent of the world’s UHNW population. 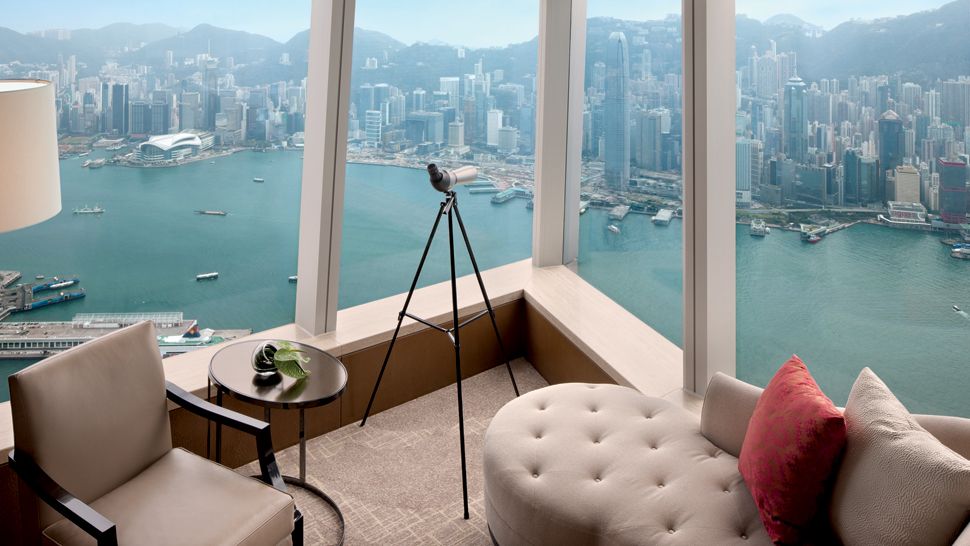