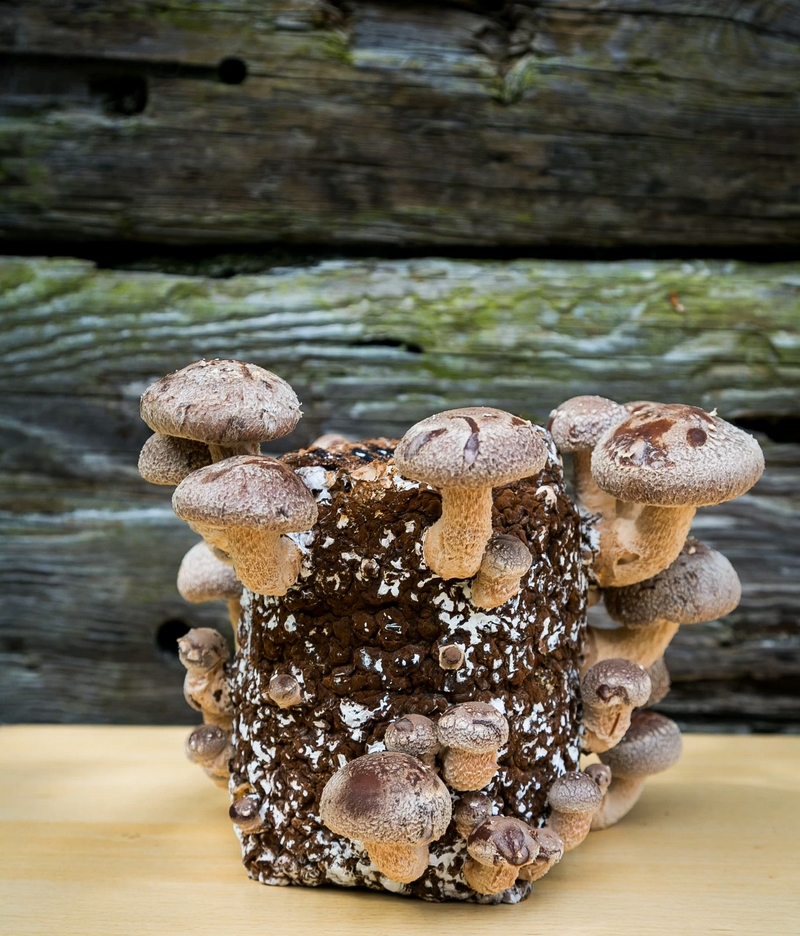 In Ormskirk, Lancashire, John Dorrian is busy checking the growth of the nine tonnes of shiitake mushrooms and six tonnes of oyster mushrooms he grows each week in 26 separate rooms. While this might sound like a huge haul of fungi, it’s nothing compared to what Dorrian has planned for his business, Smithy Mushrooms, in the months ahead. “We’ve been growing oyster mushrooms here for more than 25 years but have never had demand like we’re seeing now,” he says.

Sales of little-known, exotic mushrooms have soared as a result of the explosion of the plant-based food revolution, with UK growers seeking new ways to keep up with all-year-round demand that now extends well beyond “veganuary”.

Writer and author Shirley Conran famously declared in 1975 that life was “too short to stuff a mushroom”. But today top chefs’ enthusiasm for varieties such as brown oyster cluster, king oyster and shiitake mushrooms as fleshy, savoury alternatives to meat – matched with easy-to-follow recipes – means that amateur cooks are turning to these exotic alternatives.

Dorrian says demand for lesser-known varieties has risen sharply over the last two years, with the business now planning to expand its facilities in order to grow more varieties, including those typically imported from Asia. “Traditionally, when British consumers bought mushrooms it was the white ones or, if they were a bit braver, chestnut mushrooms,” Dorrian says. “But that’s all changing.

“Exotic mushrooms are incredibly versatile and can be shredded to replicate pulled pork, thinly sliced to make kebab skewers and even sliced to make scallops.”

The interest in plant-based food has had a major impact on sales, Dorrian added, and the business – with major investment from Korea-based car company Hyundai – will shortly apply for planning permission for a new purpose-built farm to allow it to grow more shiitake mushrooms. Another is in the pipeline next year to cultivate king oyster mushrooms that are generally imported from South Korea.

Related: Veganuary is huge. But is it really as simple as animal foods bad, plant foods good? | Joanna Blythman

Tesco has been pushing its fungi offerings via Derek Sarno – known in the industry as the “Mushroom King” – who has created the supermarket’s plant-based food ranges. “Brown oyster cluster and king oyster mushrooms offer such a meaty texture and versatility that they can be adapted to replicate just about any meat dish, making them the perfect ingredient for plant-based cooking,” he said. “They’re delicious on their own but the mild flavours and fibrous consistency easily absorbs whatever herbs, spice blends or sauces you choose to use – from Texan BBQ, Indian, Pan-Asian to classic British comfort foods. I’ve been working with them for many years, and thanks to their incredible taste and versatility they have become a cornerstone of my recipes.”

Among major chefs banging the drum for mushrooms is Yotam Ottolenghi, who has created a vegan equivalent of steak and mash featuring roasted portobello mushrooms as its showstopping main ingredient, and Simon Rimmer on Channel 4’s Sunday Brunch programme.

On the high street, Marks & Spencer says sales of mushrooms over the last 26 weeks are up more than 25% year on year, while Waitrose reports that sales of its exotic mushrooms rose 16% compared with last year.

At London’s Borough Market, mushroom displays change through the year. David Matchett, head of food policy development, said: “When British wild mushrooms are in season, that’s what you’ll find here, in all their stunning diversity. At other times, like now, our traders will import a wide variety of wild mushrooms from wherever they’re in season and at their best, currently Portugal, which is one of the few places in Europe warm enough for wild mushrooms at the moment.”

Meanwhile a new campaign is being launched this month called Mushroom Miles – part of the Miles Better initiative to highlight the impact shopping closer to home has on the environment – urging shoppers to support growers based in UK and Ireland, rather than adding food miles of those imported from Poland and Asia.