Rolex is unveiling its latest creations: watches that shine the light of optimism and innovation on the watchmaking world. 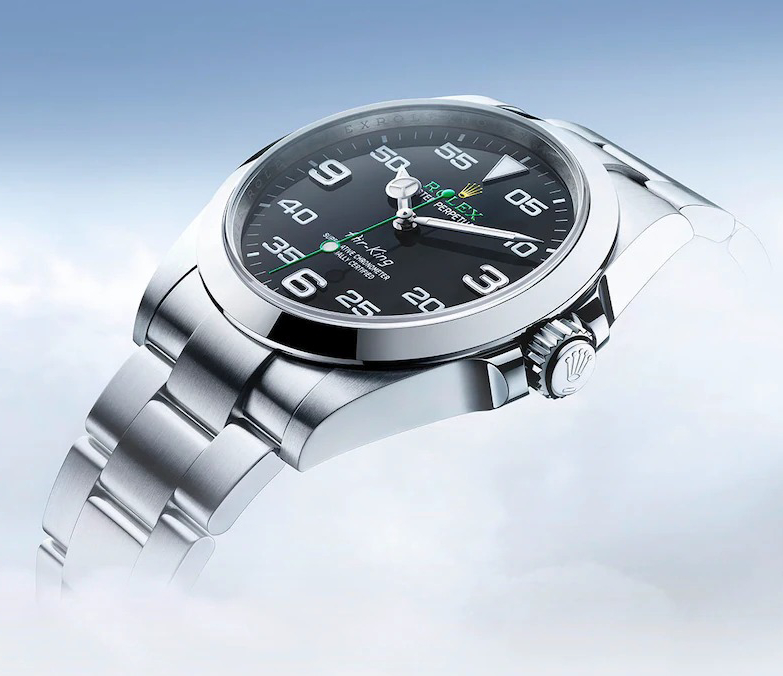 The new-generation Rolex Air King features a completely redesigned case with a crown guard. The watch’s display has also been refreshed and is perfectly balanced thanks to the addition of a ‘0’ before the ‘5’ on the minutes scale.

The new‑generation Rolex Air‑King is a tribute to explorers of the skies. The luxury watch has a resolutely professional appearance, its redesigned case sporting straight sides and a winding crown guard, as well as a subtle line of light along the middle case.

Inspired by aircraft instruments, the model’s emblematic dial, introduced in 2016, has been refreshed. 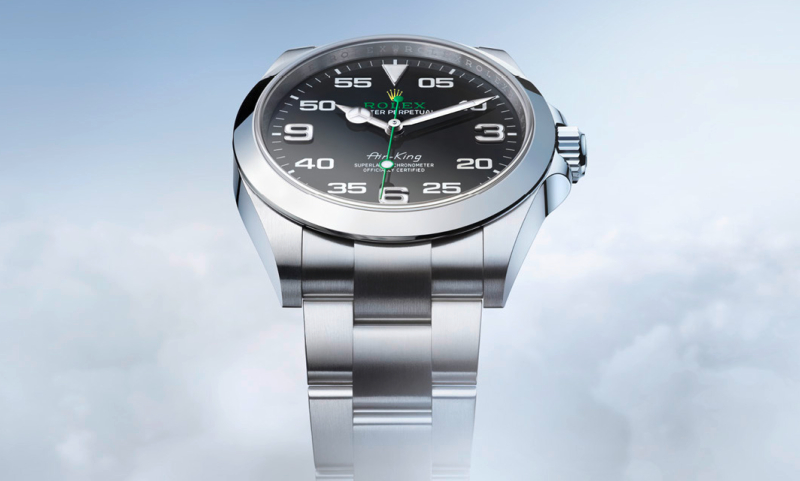 It offers perfect balance and improved legibility, thanks to the addition of a “0” before the “5” on the minutes scale. The hands, the triangular hour marker at 12 o’clock, as well as the 3, 6 and 9 numerals contain an optimized luminescent material. The legibility of the display is further enhanced by a crystal with an anti-reflective coating.

The new-generation Oyster Perpetual Air-King is equipped with calibre 3230, a movement that, with a Chronergy escapement, is at the forefront of watchmaking technology. 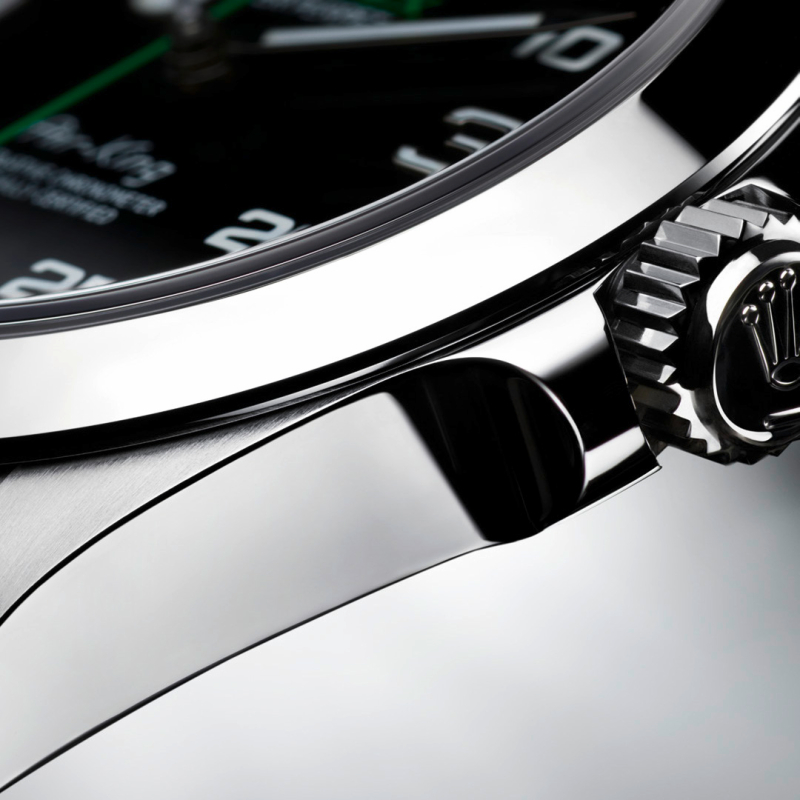 A homage to aviation

Rolex Air-King watch symbolizes the privileged relationship between Rolex and flying during the golden age of aviation in the 1930s. It pays tribute to the pilots of the era and the Oyster’s role in their epic story. The 1930s was a period when spectacular progress in aircraft performance constantly expanded humanity’s capacity to conquer the skies and led to the introduction of long-distance flights. Several pilots set records while wearing an Oyster. Others used a Rolex watch as an on-board chronometer, such as Owen Cathcart-Jones and Ken Waller, who, in 1934, made a return voyage from London (United Kingdom) to Melbourne (Australia) in record time with a twin-engine De Havilland Comet. 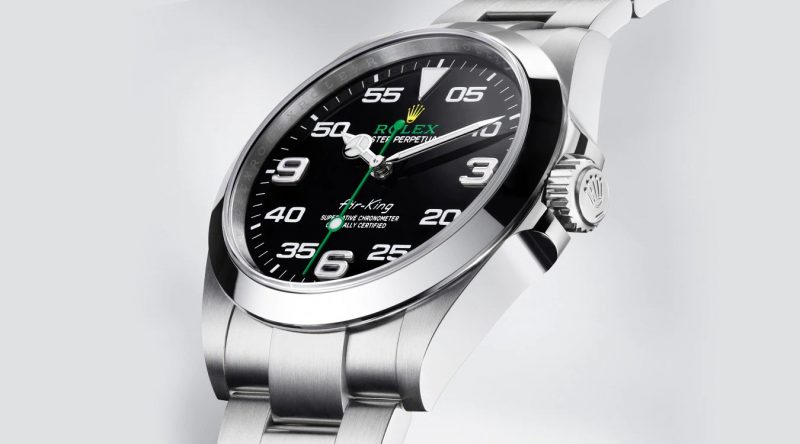 The name ‘Air-King’ has featured on the dial since its launch in 1958, in lettering that makes the model immediately recognizable.

Since 2016, Rolex Air-King has had a distinctive black dial with a combination of large 3, 6 and 9 numerals marking the hours and a prominent minutes scale for optimal navigational time readings. The green seconds hand echoes the brand’s emblematic colour. 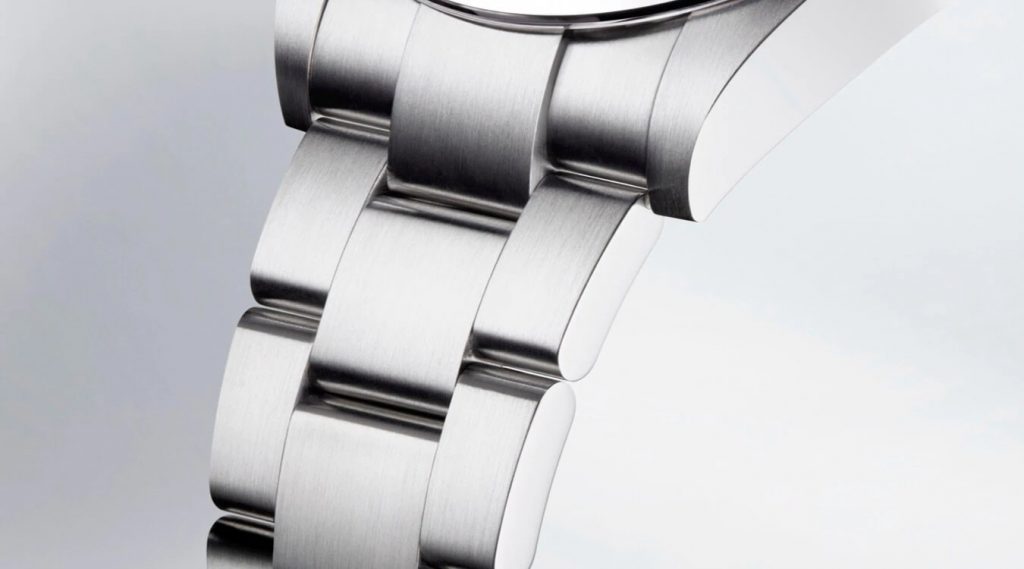 A paragon of robustness and reliability, the 40 mm Oyster case of the new-generation Rolex Air-King is guaranteed waterproof to a depth of 100 metres (330 feet). Its middle case is crafted from a solid block of Oystersteel, a particularly corrosion-resistant alloy. The case back, edged with fine fluting, is hermetically screwed down with a special tool that allows only Rolex watchmakers to access the movement. The Twinlock winding crown, fitted with a double waterproofness system and protected by an integral crown guard, screws down securely against the case. 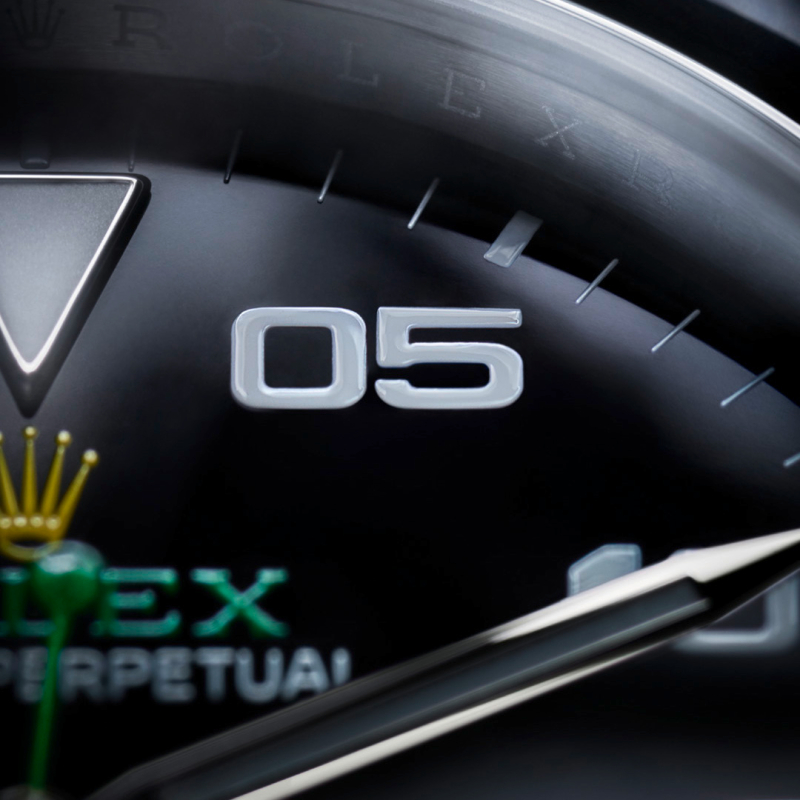 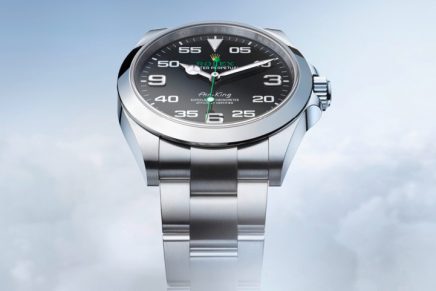 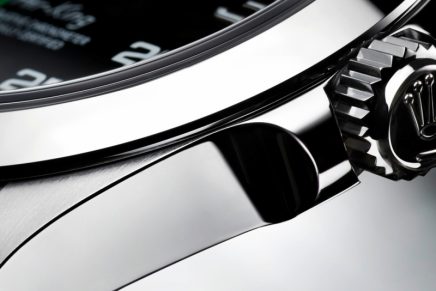 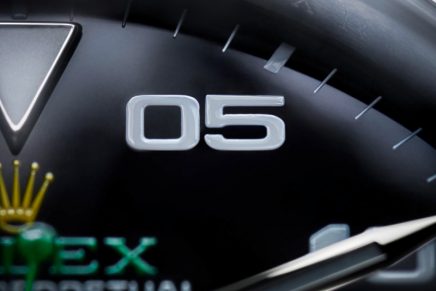 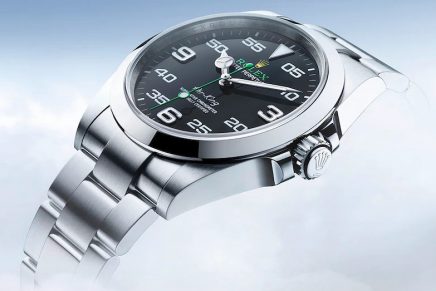 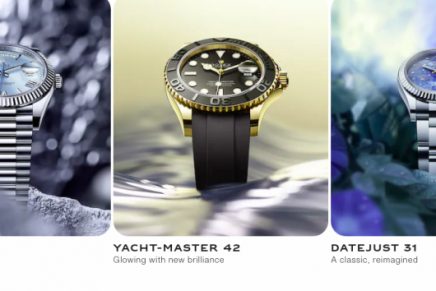 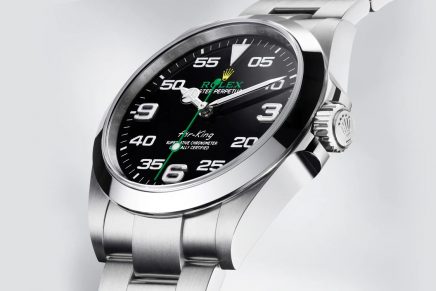 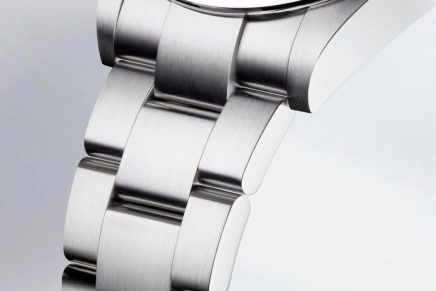