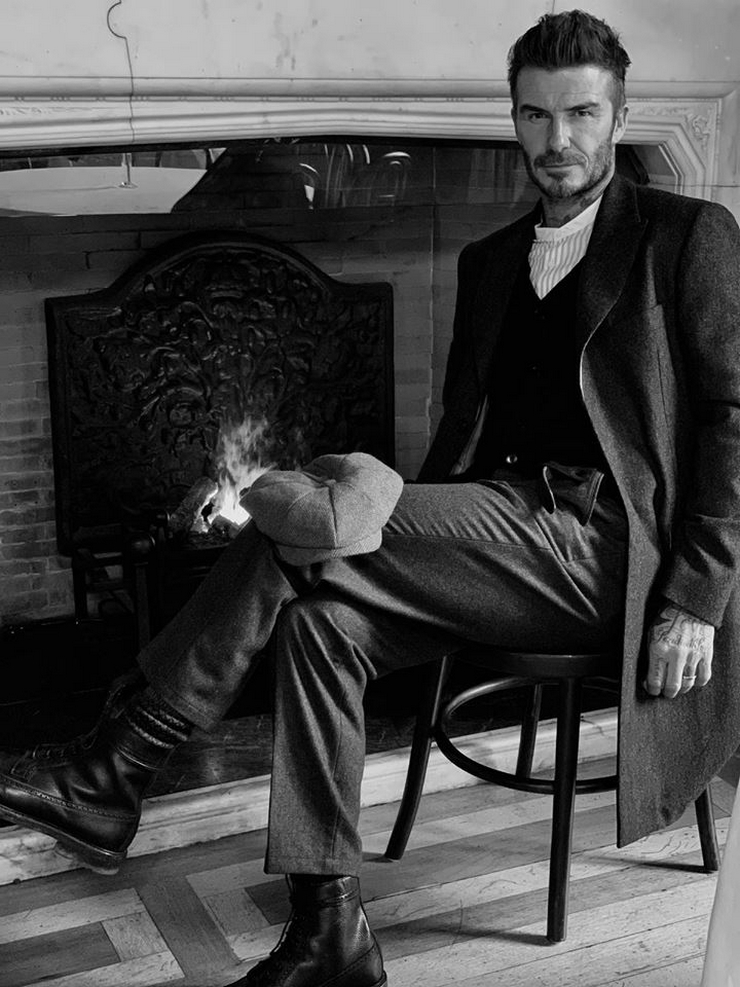 This article titled “The rise of flat caps: genuinely classless – or a way for wealthy men to seem authentic?” was written by Dan Kuper, for The Guardian on Tuesday 12th March 2019 18.01 UTC

Every year the Office for National Statistics updates the shopping basket with which it tries to sum up Britain’s spending habits. Such outmoded fripperies as three-piece suites, CD players and crockery sets are out. But for 2019, for the first time, the cap fits – because alongside herbal teas and home-assistant systems such as the Amazon Echo, the humble flat cap has joined the statistical shopping party.

Ideally partnered with whippets and mufflers in northern England, or football rattles and toothless grins, the flat cap was for many years associated with the TV chimney-clamberer Fred Dibnah who, according to his widow, kept his on the bedpost along with his watch chain and bought three in anticipation of his wedding. In the past 10 years, the cap has enjoyed a renaissance, taken up by a succession of lads-made-good – Guy Ritchie, David Beckham, Alex James and Idris Elba – before finding its ultimate expression in the Brummie yelling-and-chivving drama Peaky Blinders, where it serves as a suitable place to stash razor blades.

But while the flat cap might seem an easy way for wealthy men to signal working-class authenticity, it is in fact one of the few genuinely classless items of clothing. Gents on a pheasant shoot have worn the cap as much as bootleggers on a raid. And this flexibility – along with the nation’s enduring fondness for the understated – may be why it has endured through lean times to bounce back into the public affection.

Supposedly, the flat cap first became popular after a short-lived law passed in England in 1571 that obliged everyone to wear a woollen hat to boost the wool trade, which does perhaps explain its utilitarian form. It is hard to think of how you would make a hat less showy than the flat cap, which is, after all, pretty much what would result if you just dragged some fabric over your head, added a minimal brim and fixed it with a band.

Comfortable and practical for hard graft, while offering a quick-and-easy dash of style, it’s the hat that can do it all – although there are apparently limits. BBC News reported recently that a man had been asked to take off his flat cap on entering a Tesco in Dudley, West Midlands. He point-blank refused; I think we can all take our hats off to him.

As a flat-cap sporter myself, the rise and rise of the hat brings mixed feelings. The true aficionado has already foregone the endless parade of high-street versions; once the Beckham family started wearing them en masse, it was time to look further afield. The Italians do a lovely version. Swap Cillian Murphy for Godfather-era Al Pacino; that’s how to get ahead.