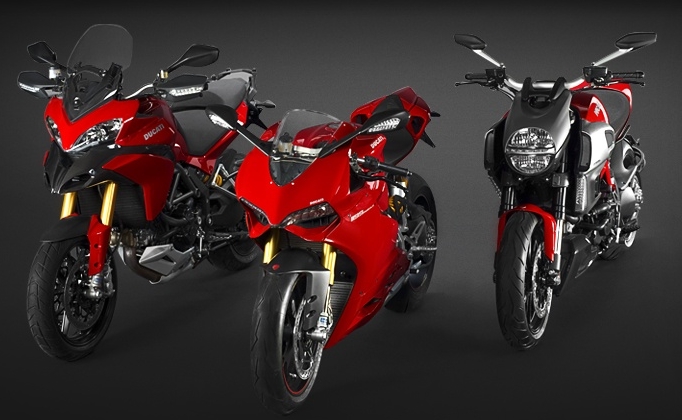 Ducati, maker of luxury bikes ridden by celebrities such as Brad Pitt, is among assets being examined by India’s biggest motorcycle maker Hero MotoCorp as the company looks for acquisitions to expand overseas.

Ducati would add luxury products to a company that is selling bikes for as little as $763. According to Bloomberg, Hero may be seeking to replicate the success of Tata Motors, maker of the world’s cheapest car, which is seeing profits surge after buying Jaguar Land Rover.

Investindustrial, the Milan-based private-equity company that owns Ducati, is seeking to sell or list Ducati for as much as 1 billion euros ($1.3 billion).

Hero is looking to expand overseas as competition intensifies in India, the world’s second-biggest motorcycle market after China, as Honda, Yamaha Motor Co. (7272) and Suzuki Motor Corp. (7269) expand capacity in the country.

Motorcycle sales in India grew 15 percent in 2011 to 9.95 million units, according to data from the Society of Indian
Automobile Manufacturers. The industry body said Jan. 10 it expects deliveries of two-wheelers, including motorcycles and scooters, in the year beginning April 1 will increase 11 percent to 14 percent.