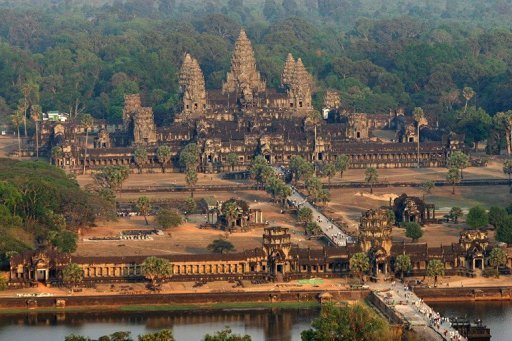 In 10 years India will have its own replica of Cambodia’s Angkor Wat temple on the banks of the Ganges. The builders intend the new building located near the town of Hajipur, to be the tallest Hindu temple in the world.

“It will be a replica of Angkor Wat but the temple will be slightly taller than the original,” Kishore Kunal, secretary of the Bihar Mahavir Mandir Trust, told AFP.

The Hindu trust, which has constructed a number of temples and hospitals in Bihar region, wants to “recreate Angkor Wat’s grandeur and splendour”. The entity estimated a budget of $20 million on the project.

Temple complex at Angkor, Cambodia, built by King Suryavarman II in the early 12th century, is one of the most important archaeological sites in South-East Asia. Stretching over some 400 km2, including forested area, Angkor Archaeological Park contains the magnificent remains of the different capitals of the Khmer Empire, from the 9th to the 15th century. They include the famous Temple of Angkor Wat and, at Angkor Thom, the Bayon Temple with its countless sculptural decorations. UNESCO has set up a wide-ranging programme to safeguard this symbolic site and its surroundings.