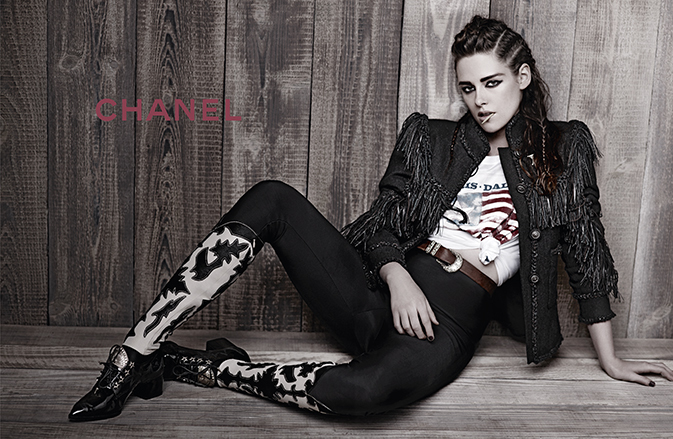 The 24-year-old American actress Kristen Stewart is following in the footsteps of “Only Lovers Left Alive” and “The Grand Budapest Hotel” star Tilda Swinton as the new face of Chanel’s Metiers d’Art Campaign, a partnership announced in December 2013. The young actress which has previously been the face of Balenciaga’s Florabotanica fragrance, was photographed by Creative Director Karl Lagerfeld for the advertising campaign of the Métiers d’Art Paris-Dallas collection.

The Dallas-themed shoot for Chanel is showing Kristen Stewart wearing the cowgirl-themed collection which got its runway reveal late on December 10 at Dallas Fair Park.

This suits me because it is very American,” said Kristen who will appear alongside Juliette Binoche and Chloë Grace Moretz in Clouds of Sils Maria. The film will have its premiere at 2014 Cannes Film Festival. She also joined the cast of Tim Blake Nelson’s Anesthesia, an ensemble about group of New Yorkers. In March 2014, she began filming Still Alice alongside Julianne Moore. In April 2014, she started filming American Ultra alongside Jesse Eisenberg.

Kristen Stewart is best known for playing Bella Swan in The Twilight Saga. 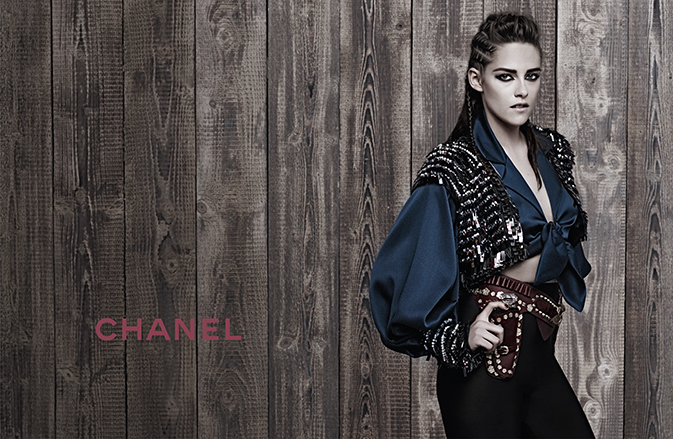 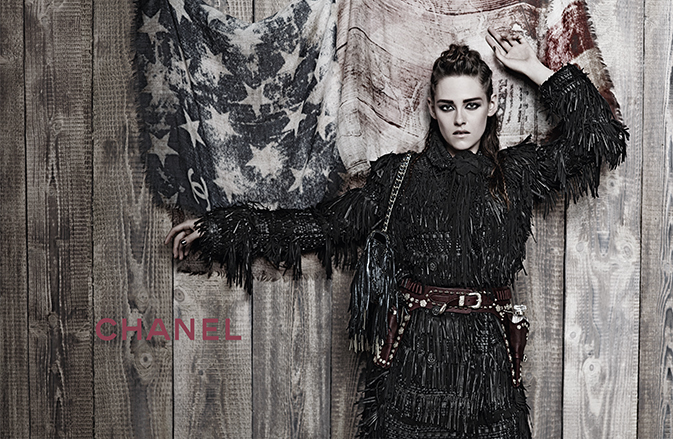 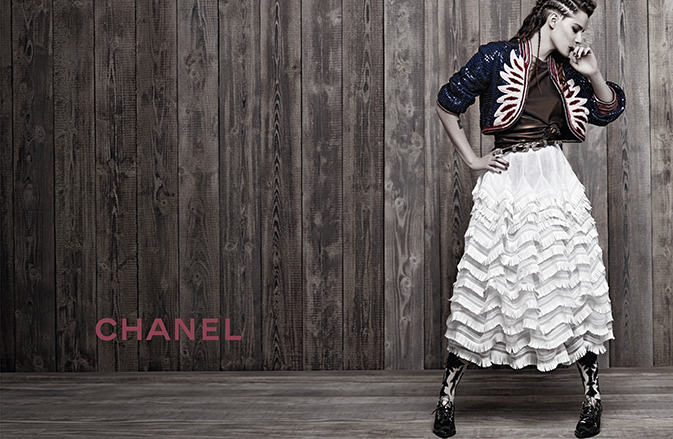 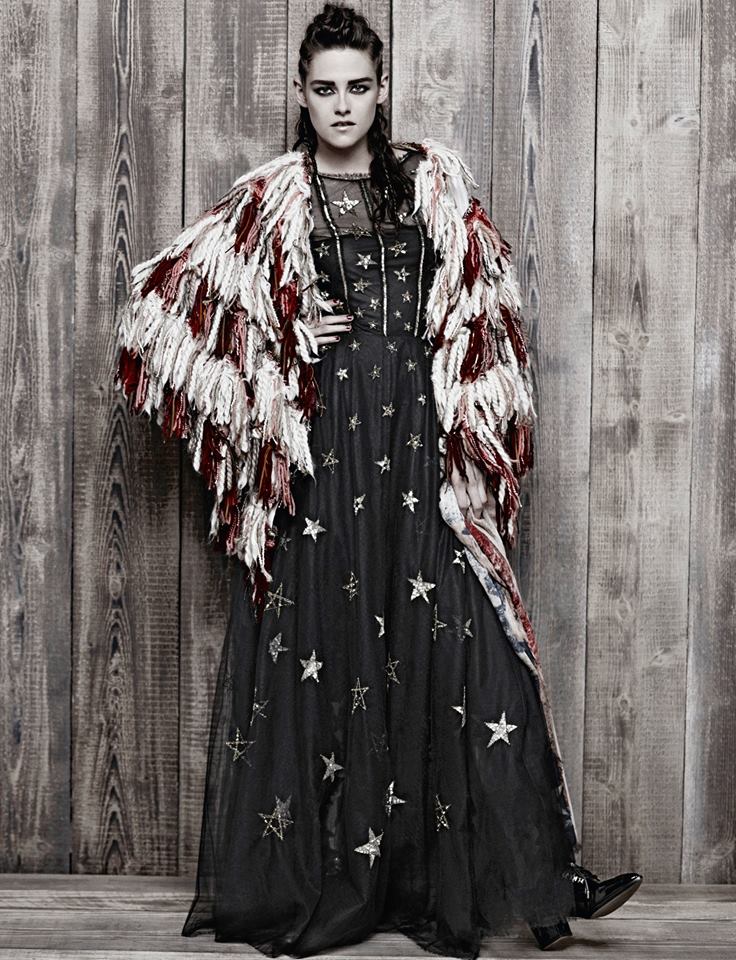