Pininfarina and Rossinavi create a project that reinterprets innovatively the shapes and the distribution of the volumes of a 70 metres yacht. Aurea’s design is breaking the traditional bridge pattern simply overlapped in lateral view and tapered in frontal view. 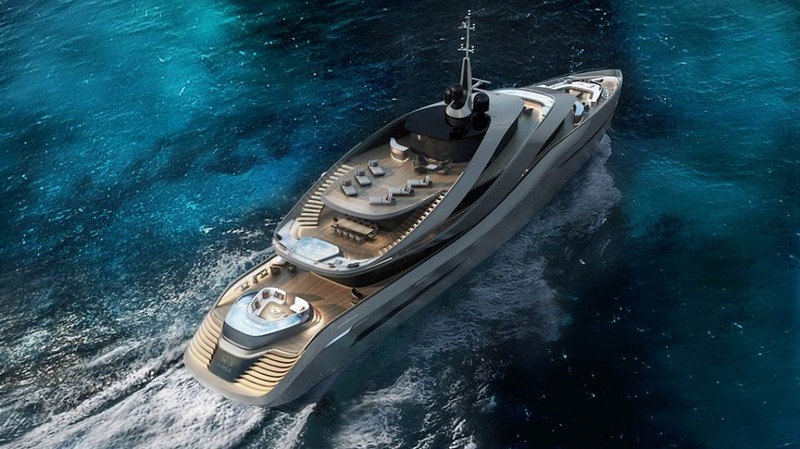 The new project takes its inspiration from the lines of the sea and integrates tell-tale fluidity of Pininfarina’s iconic style.

At 70 metres, Aurea will have an extended ‘beach club’ area – the largest in its category. Use of diesel electric propulsion will allow power to be housed in the centre of the boat, freeing up water access and deck space.

The first collaboration between the Italian design firm and Rossinavi will focus on the lifestyle of the owner and guests with a record size beach club for a ship of its size. Facilitated by diesel-electric propulsion system housed at the centre of the boat, rather than in the stern area, Aurea’s stern include two swimming pools, three large outdoor decks and an additional water-level access on both sides of the hull.

The boat’s shape is harmonious and dynamic at the same time thanks to the elegant helical bands that characterize the superstructures linking the bridges. The upper band, for example, frames the bridge and then goes downstairs, harmoniously joining the owner’s deck, creating a lavish scenic effect that integrates the outer connecting staircases to the upper deck, where Eli-Deck is expected.

According to Pininfarina, Aurea is offering new and unexpected opportunities to employ and enjoy the spaces and maximizing the thrill of sailing and life on board. At the level of the owner’s deck, for example, terraces protected appropriately by front windows open at the center of the ship, with an appeal to the theme of the bow-window, thus giving a direct view to the bow. 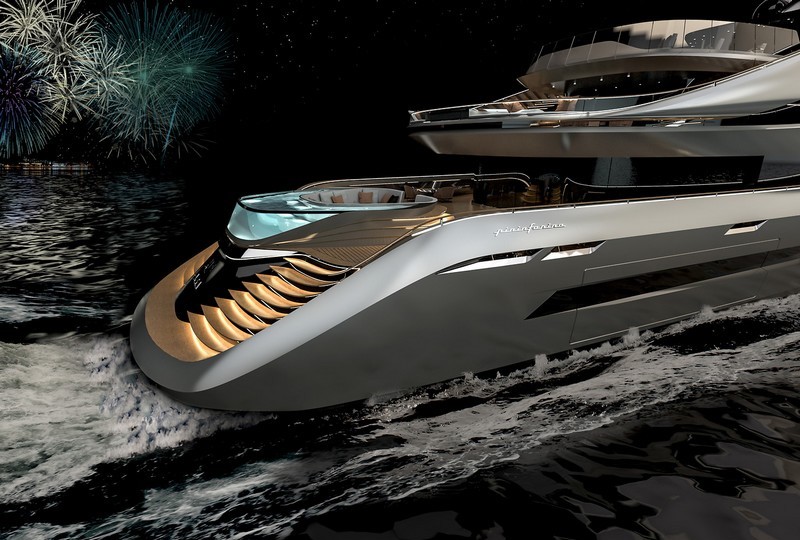 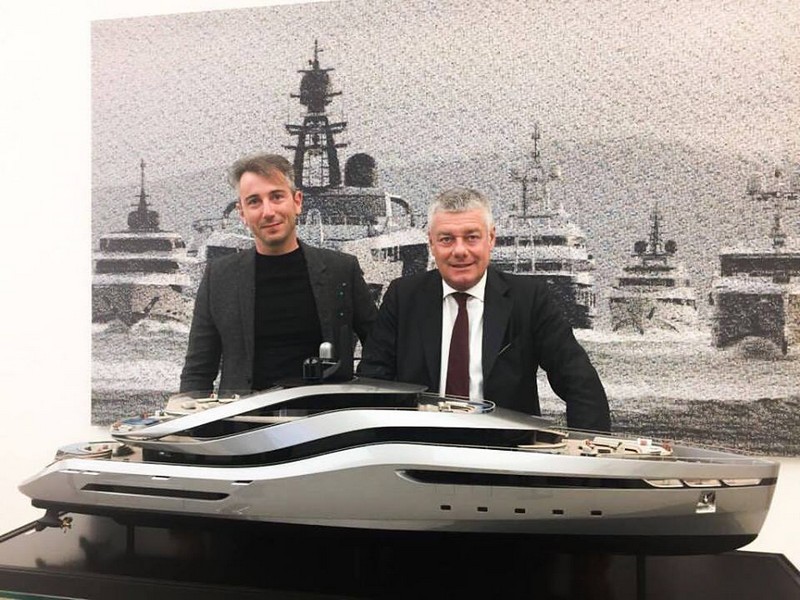 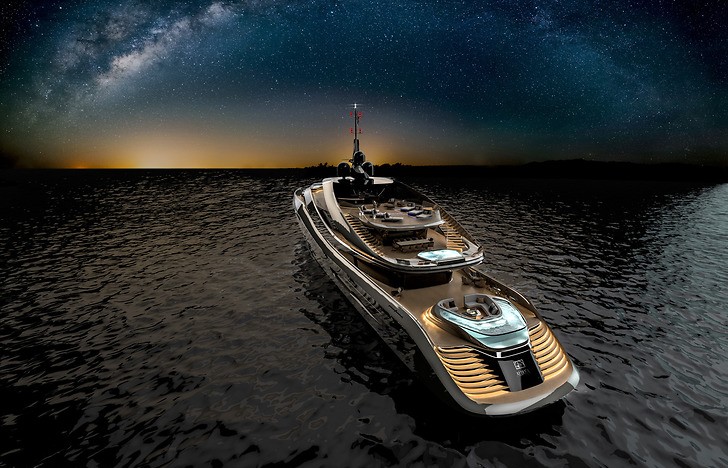 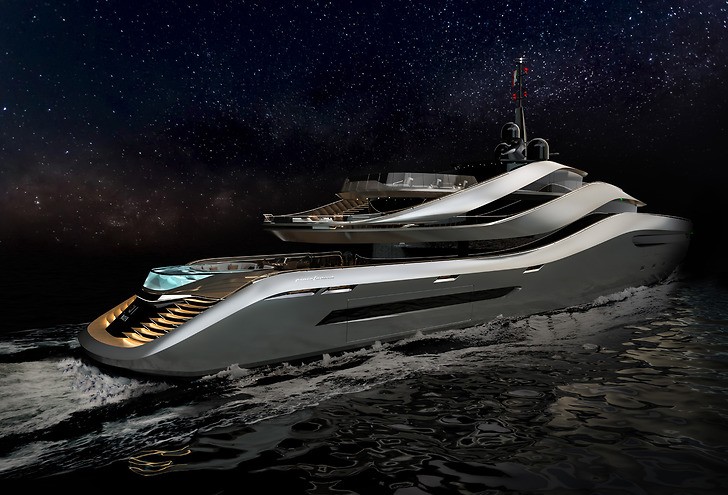 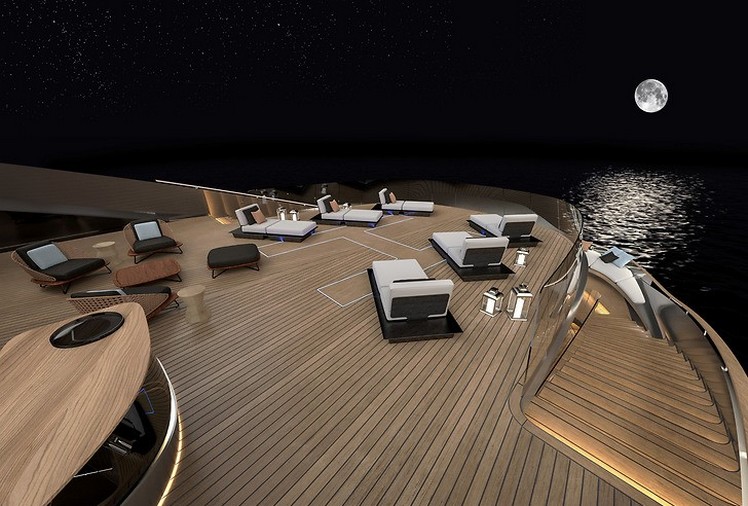 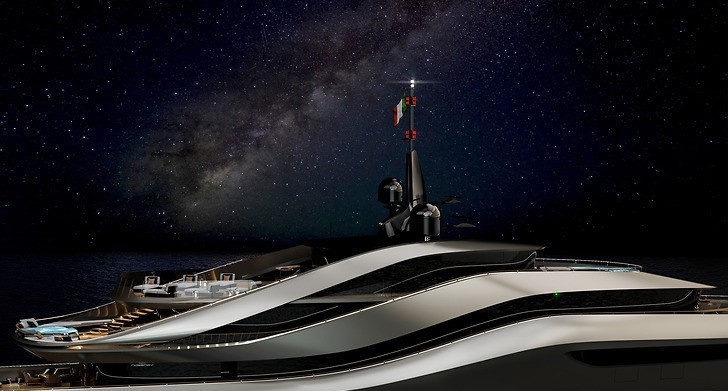 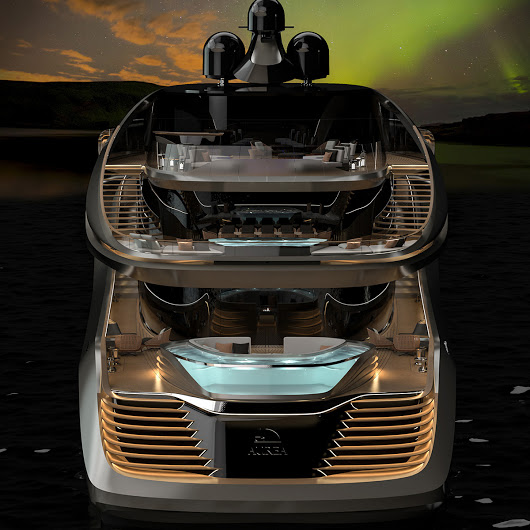 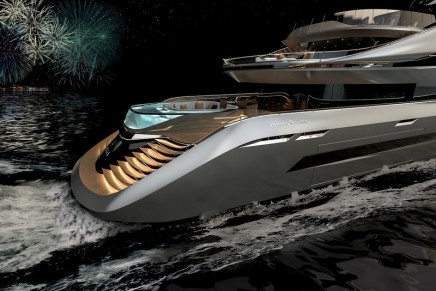 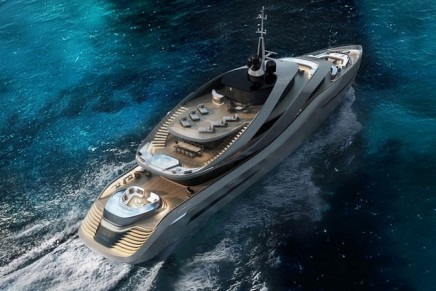 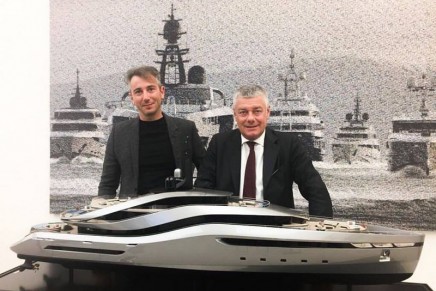 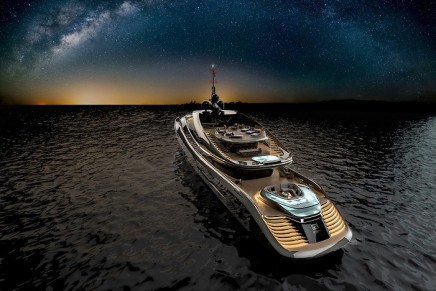 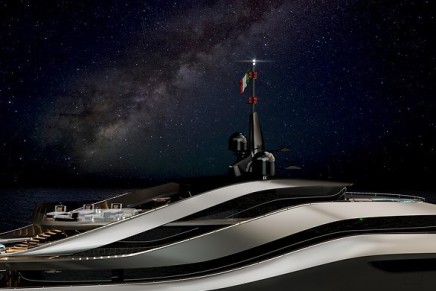 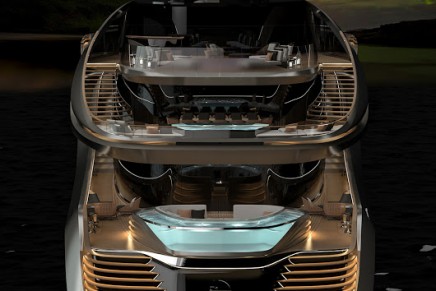 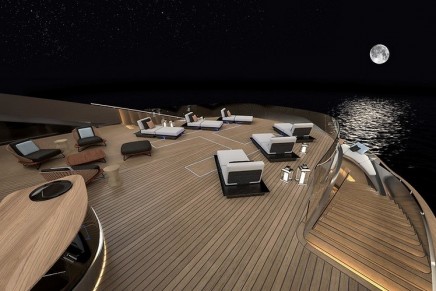 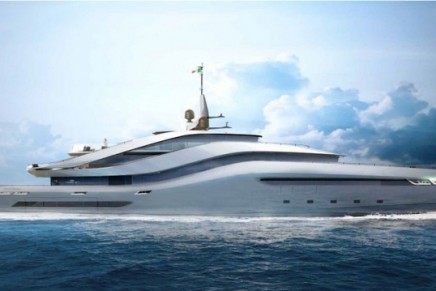