Peugeot Design Lab x Pleyel: a UFO in the world of piano design 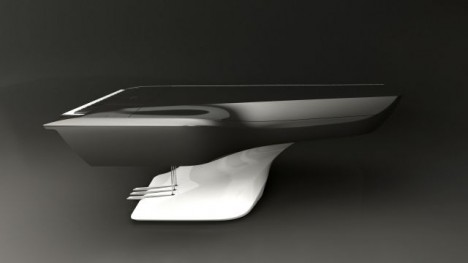 The revolutionary piano signed by Peugeot Design Lab and Pleyel, the oldest piano maker in the world and the only piano maker in France, was a star of the 2012 Paris Auto Show. The idea was primarily to provide an innovation by creating an object that neither Peugeot nor Pleyel could create alone.

The futuristic piano is the fruit of partnership of two French brands, both bicentennial. It was inspired by automobile design and architecture, while featuring classic high-end wood body and soundboard. For the lid and the piano’s single leg the manufacturers used carbon fiber, a very resistant material widely used in the automobile industry.

The €165,000 UFO piano with architectural design accents surprises its viewers with the three legs fused into one single cantilevered leg. 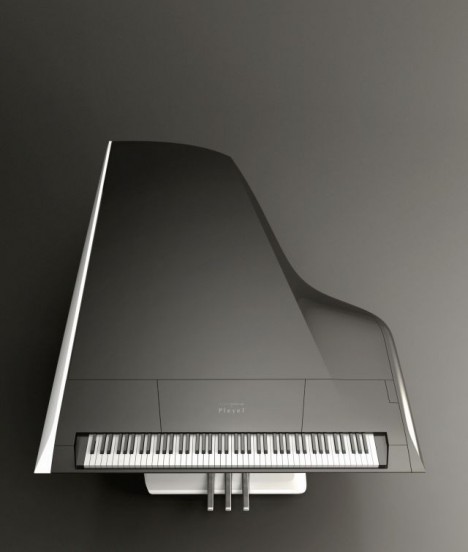 The groundbreaking lid, opened with only one hand, gets a better view of the artist’s hands on the keyboard. For the first time in the history of the piano, the audience sees the artist playing from any angle. For the first time, the pianist hears the sound of his instrument with a quality hitherto never reached.

“This is one of the greatest innovations in the history of contemporary piano,” notes Cathal Loughnanne, Director of Peugeot Design Lab, speaking about the lowered mechanism that was brought down to the same level as the keyboard.

Peugeot Design Lab and Pleyel needed a year and a half to produce this new generation piano. 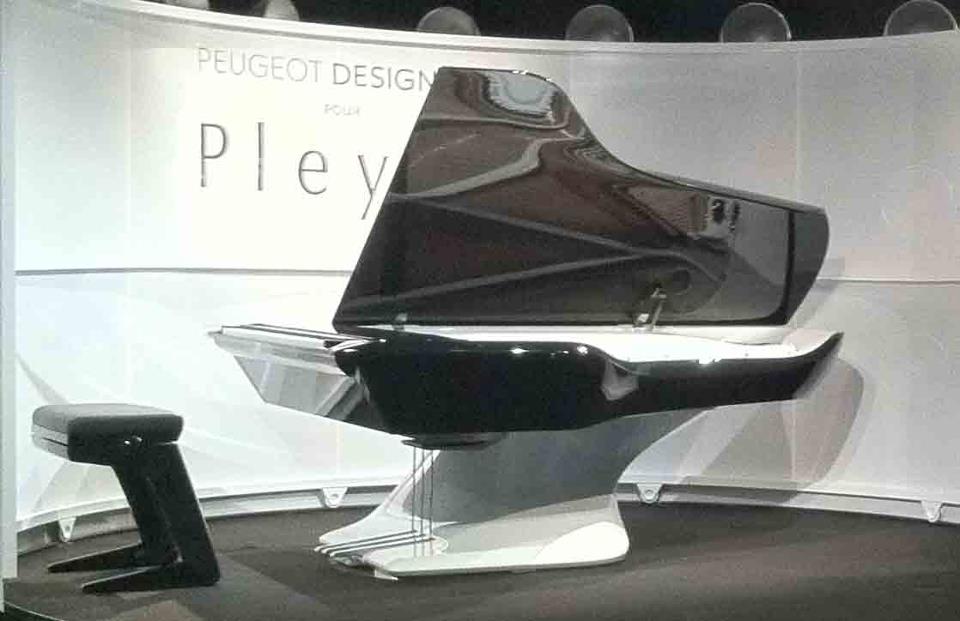