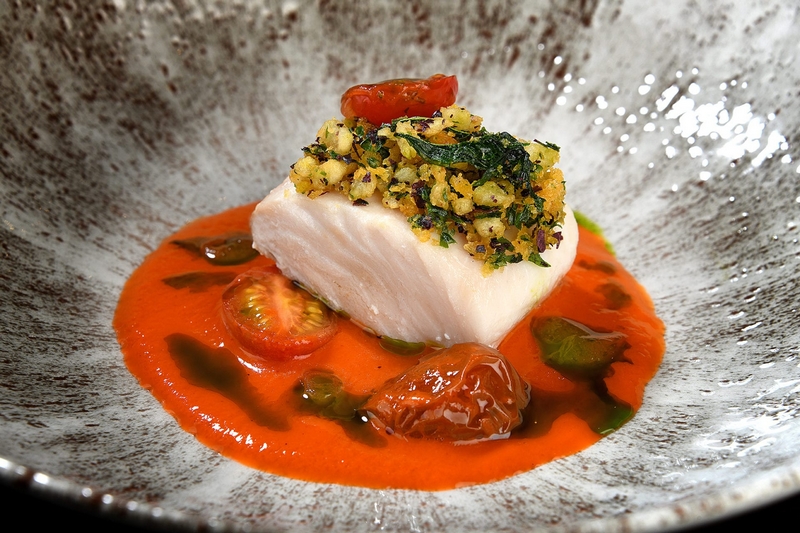 This article titled “Northcote at Home: ‘Am I a fan? Yes’ – restaurant review” was written by Jay Rayner, for The Observer on Sunday 29th November 2020 06.00 UTC

Northcote at Home. Book by 10am Friday for delivery the next week (northcote.com). Autumn gourmet box for two £90, classic menu for two £105, delivery £10

The doorbell rings and Christmas arrives early, enclosed in two sturdy, cardboard boxes. Unfortunately, it’s the worrying, anxious version of Christmas. You want everything to be perfect. You want the food to be an ethereal delight, even while a knot of anxiety tightens deep in your stomach, because there’s a chance it will instead be a fraught, angry mess of racist relatives and violated turkeys. This is where I am right now: trying to bring sparkly pools of light into a daily lockdown routine with all the texture of beige velour, while worrying that my efforts will merely emphasise the depths of our predicament.

Ever the optimist, I return to ordering restaurant kits at home. They are a fabulous idea, aren’t they? Let the restaurant kitchen do the work and all you have to do is finish them for a moment of joy. From experience I can tell you that the word “all” in that sentence is doing a lot of heavy lifting. In 2020, I have eaten some great food from some great restaurant meal kits. I’ve also smeared every kitchen surface with purées, dirtied every pan that I own and ended up at the table frazzled by the effort of getting it all there. I’ve had great experiences and some which are less so. The struggle is real, people.

This mirrors the experience they are designed to replace. Just as I push hopefully through each restaurant door, so I pick up an overnight delivery from my doorstep with a song in my heart and a dribble of saliva on my lips. This time, praise be, none of that spittle goes to waste. These boxes contain two menus from the boutique hotel and restaurant Northcote in Lancashire. Happily, they are that killer combination of great cooking and a Lancastrian instinct to feed.

Northcote offers an autumn gourmet box at £90 and a “classic” at £105, both described as being for two. These are chunky prices by anybody’s standards, but I have a family of four, some of whom would have used words derived from Anglo-Saxon if I had attempted to exclude them. Plus, I wanted to try more than just three dishes. Accordingly, I get both. To misquote Groucho Marx, these are my excuses. If you don’t like them, I have others. Northcote came to prominence under the chef Nigel Haworth, who did plenty of fancy things, but also made a glorious version of Lancashire hotpot. He kept true to the essentials, while also turning it into a dish you stared at lovingly before devouring. Lamb chops were involved and sometimes, for a ripe umami kick, oysters.

The kitchen now belongs to his one-time head chef Lisa Goodwin-Allen, and at the heart of these boxes is the same generous sensibility. One main course is a whole crown of chicken, with brioche, butter and truffles stuffed under the skin. The other is a venison Wellington. It sounds substantial – and is. Both also contain a whole loaf of their bread to start and chocolates to finish. It could indeed feed two people, but only of the kind who have never learned to say, “I’ve had enough, thanks.”

Which leads me to an epiphany. You may buy them as a single meal, but you don’t have to eat them that way. Treat them as a bunch of treats, to be taken as you wish, and it both reduces the hassle and spreads the joy. Hence, we had all the starters one lunchtime. From the autumn box came their cheese bread with a lightly oily crust, like the best focaccia, to be shoved through a hot oven for five minutes. There’s a limpid celeriac consommé with a silky ravioli of celeriac purée. Instructions: put in pan. Heat. Add a couple of torn leaves of tarragon. Gorgeous.

Next, a pearly tranche of cod, again slipped in the oven for a few minutes, then placed on a spiced “curry” sauce bouncing with beads of Israeli couscous, and sprinkled with pomegranate seeds, almonds and coriander oil. Finally, from the classics box there is a slab of dill-crusted salmon gravadlax, to be sliced and plated with a punchy horseradish cream, pickled cucumber salad and a slice of burnt lemon, which looks nice but remains unmolested. How does that all sound for lunch?

That evening, there is the second loaf, this time their lightly chewy campaillou white, followed by the beautiful piece of latticed pastry work that is the Wellington. It comes complete with mushroom duxelles, a red wine sauce, carrots simmered in thyme-scented butter and a voluminous tray of perfectly made dauphinoise potatoes, bubbling with cream, cheese and largesse.

That just left the chicken: cook for 80 minutes at 120C. Rest, then put through a hotter oven for a further 10 minutes. It’s a method I may repeat. The resulting breast is soft and moist and tastes intensely of itself. The skin is crisp and there’s a bash of truffle. I may have turned the oven on, but somebody else did all the cooking. It comes with a ragù made with the leg meat, spun through with lightly acidulated wild mushrooms. There are blocks of Lyonnaise potatoes. There is joy. I divide each of these dishes for two between four. Even for an over-feeder like me, more than enough doesn’t quite do it justice.

For here comes dessert. The classics box delivers a lemon meringue pie, by which I mean a whole 8in tart of soft, crumbly pastry, zippy citrus filling and bronzed meringue peaks. You just know half of it will be waiting to greet you in the fridge the next morning. From the gourmet box comes an even greater wonder, times two. It’s described as an apple cheesecake. But it’s so much more than that. It’s a thin chocolate shell in the shape of and sprayed to resemble an apple, filled with apple-flavoured cream, and apple purée at its heart. There’s a salted toffee sauce. Finish with the six chocolates that come in each box, including a domed version of an After Eight mint and a gold-sprayed Ferrero Rocher.

It comes packed in recyclable or compostable sheep’s wool and the vast majority of the plastic packaging has the resin code 1, which means it’s the easiest to recycle. Serious care has gone into this. Is it cheap? No. Is it good value? Absolutely. Am I a fan? Yes? Have I started talking to myself? Sorry, it’s this bloody lockdown. Let’s leave it at this: when the doorbell rang it was, praise be, the good version of Christmas come early.

The quality taco group El Pastor, which has outposts in London’s Borough Market, London Bridge and King’s Cross, has made its Taco Party delivery service available across most of the UK. The boxes come in servings for two, four and six and cost from £45 to £125. They include guacamole, a choice of chicken or tuna tostadas, various sharing platters, including short rib, and their heritage corn tortillas, made in-house daily. Delivery covers the whole of England, Wales and Southern Scotland, with further expansion planned (tacoselpastor.co.uk).

Doesn’t appeal? Well how about this: dinner from Pret a Manger. Yes, really. Under the slogan ‘You’ve seen enough of your kitchen. We’ve got this’, Pret have launched a range of more substantial dishes than their usual offering, including focaccia pizza, Thai curries and enchiladas, available to order though Uber Eats and Deliveroo. The service is available initially from 30 branches across London. I’m mentioning it here so I can say I’ve already covered it, when my bloody editors try to get me to try it (pret.co.uk).

Back before the pandemic sent many hospitality businesses into financial crisis, the Patisserie Valerie cake and coffee chain fell into administration after a £94m hole was found in its accounts. The liquidators have now issued legal proceedings against audit firm Grant Thornton, accusing them of negligence.