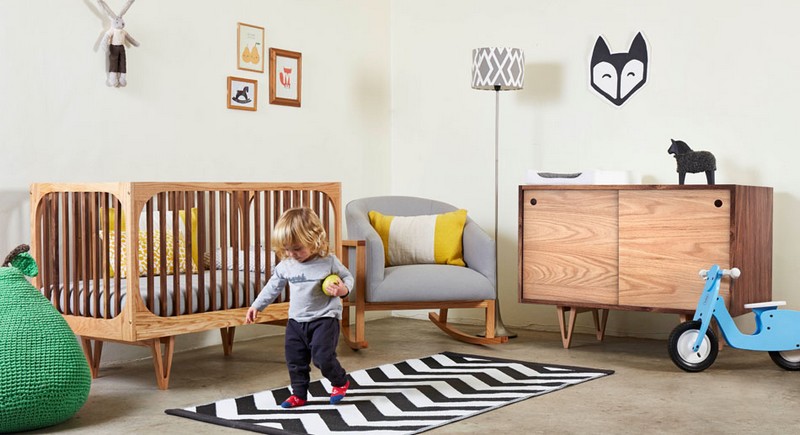 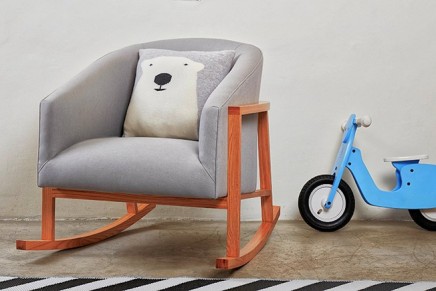 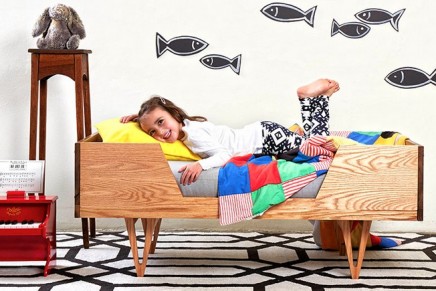 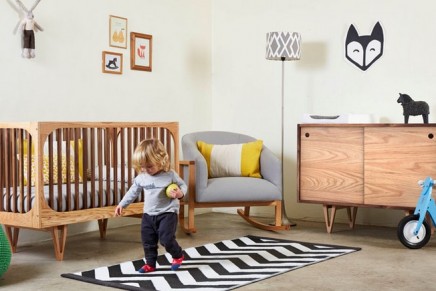 This article titled “New parents looking to tech for answers fuel £1bn boom in baby products” was written by Donna Ferguson, for The Observer on Saturday 17th October 2015 14.00 UTC

A sleepsuit that virtually fastens itself, a £1,200 buggy that transforms into a high chair at the flick of a switch and a Bluetooth bracelet that alerts you if your child moves more than 10 metres away. These are among the new products on offer to the 30,000 sleep-deprived parents expected at the country’s biggest ever Baby Show, in London’s Olympia, this week.

The UK baby goods market is worth nearly £1bn a year, according to market research firm GfK. And the Baby Show, now in its 13th year, expects to take £6m in three days from a generation of parents who, in many cases, will be looking for a solution to their child-rearing problems through a quick fix of technology and cash.

At £1,210, one of the most expensive of the 10,000-plus items on sale is the iCandy classic Peach pushchair. This limited-edition designer pram “sets a new standard for pushchair excellence”, the manufacturer boasts, with an “innovative elevator feature” that allows you to transform it into a high chair – eliminating the need to unstrap and pick up children at meal times.

For parents with even more cash to splash, there will be a £2,550 cot and matching £1,439 “changing station” from Bunny & Clyde, a luxury nursery company launching at the show.

While in some cases parenting gadgets may bring peace of mind, they can also make parents more fearful

Catherine Shuttleworth, of retail agency Savvy Marketing, said modern parents were some of the keenest consumers around. “Almost immediately from conception, they are receptive to products and ideas that will smooth the complexities of the parenting path in front of them,” she said. “Nowadays, they can surf the web for a product solution at their most desperate moment – when they’re pacing the floor with a restless newborn at 3am.”

However, Siobhan Freegard, founder of video parenting site Channel Mum, said much of the demand was driven by anxiety rather than need. “While in some cases parenting gadgets may bring peace of mind, in others they can make parents more fearful and less inclined to trust their instincts.”

The inventors of the gadgets emphasise, of course, the benefits their products can offer busy, stressed-out parents. Entrepreneur Mouse Allen is the inventor of Magnet Mouse, a magnetic clothing range that includes a £26 suit that parents can “fasten and unfasten in two seconds, including one-handed with eyes shut”. She claims her invention will lead to “extra cuddling time” between parent and child.

“Normally, it can take up to a minute to do up a romper suit,” said Allen. “Life’s too short, especially because babies hate being on their backs – and all parents know the nightmare of trying to do up all those fiddly little poppers when you’re tired and your child is upset.”

Others are aiming their inventions at the Facebook generation – enabling them to parent while keeping up with their smartphone-based lives. “When parents today are out with their kids, they’ve got their phones going, they’re answering texts and checking Facebook – and if their little one darts off, there’s this heart-wrenching panic,” said Mark Phillips, father of two and the inventor of My Buddy Tag, a wristband that allows you to track your child’s movements on a smartphone app.

“We’re forever reading about kids going missing. With My Buddy Tag, you can set the distance your kids can go before you’re alerted, so you can get to them before they come to any harm.”

The tag also sounds an alerts if it’s submerged in water for more than three seconds, to prevent accidental drowning, and includes a panic button that the child can press.

Targeting the show’s most tormented shoppers – sleep-deprived parents – is Jennifer Gledhill’s company, Boo Boo, which has created a £12.99 “sleep spray” that sends “sensory cues” to let babies know it’s bedtime. “It contains chamomile, lavender and patchouli, all known for their sleep-inducing properties, and it’s safe to use from birth, even on your child’s pillow.” The soporific smell is, she has discovered, equally effective on parents.

But it is not just British parents who are feeling the full force of the baby product marketeers. Across the Atlantic, in a million square feet of exhibition space, Americans are attending a US version of the Baby Show: the ABC Kids Expo in Las Vegas.

There the new gadgets on display are, arguably, even more high-spec. There’s the Moozi, a specially adapted coffee maker that dispenses “perfect temperature” formula milk into bottles at the touch of a button, and the Snuza clip, a $120 device that attaches to a baby’s nappy to monitor the child’s breathing and movements while they sleep. There’s also babyCam, a $200 voice-activated video monitor that sends images of your baby in the back seat of your car to your Garmin satnav screen. It launches in the UK in January.

“Children can cry unexpectedly when you’re travelling and you don’t know what’s happening – whether they are ill or you need to pull over,” said Garmin spokesperson Gail Cook. “A glance at the screen will help you in the decision-making process.”

Other must-have items on sale include an $8 Baby Bum Brush for spreading nappy rash cream on your baby’s bottom without having to touch the offending area, and Bitesizers, a $20 pair of “portable food scissors” for cutting up your child’s food on the go – when a knife simply won’t cut it.

“The belief that the support of gadgets and products will somehow make us better parents is nothing new,” said Shuttleworth. “Today’s new parents just have easier access to products – and a broader range to choose from.”