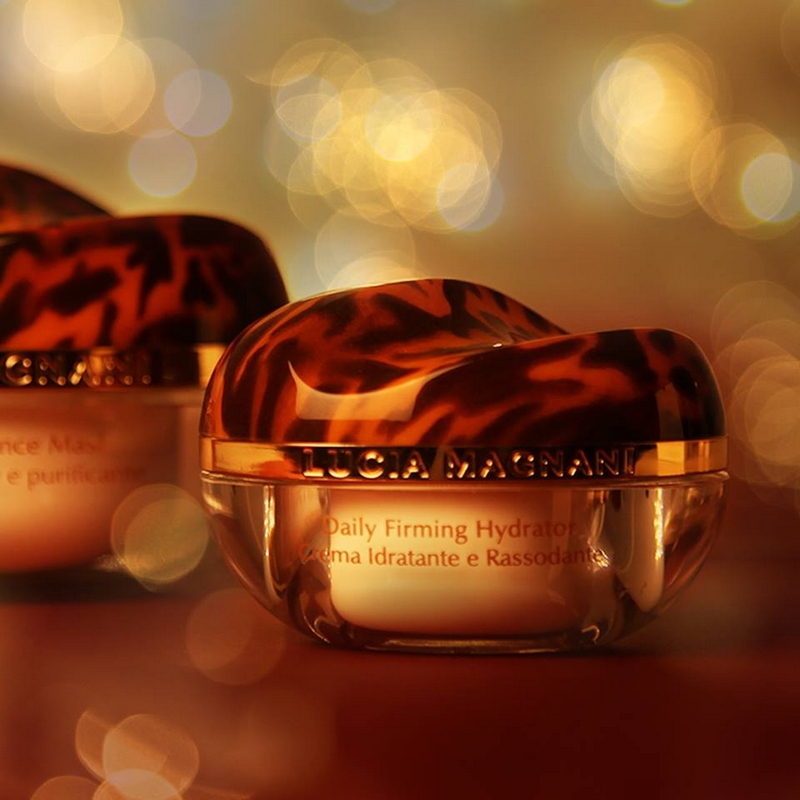 I’m going to channel my inner 50s film star for a moment. The type who wears gigantic sunglasses, even in the rain. The type whose name is steeped in rumour because she oozes sheer sass and glamour and no one knows what to do with her general confidence. I would have a bathroom like Joan Crawford’s, with a heavy marble top and lots of room to display crystal perfume dispensers that squirt different smells for morning, noon and night. I would have lotions and potions that I’d have picked up on various travels or been gifted by glamorous acquaintances and fierce advocates of beauty. I would be staunch in my ritual, using gilded hand mirrors to do my eye makeup. And I would have multiple Lucia Magnani products. A decadent Italian brand, whose tortoiseshell-print packaging with golden engraving brings genuine excitement on application. The rejuvenating eye cream results in a true sense of nourishment around puffy, knackered peepers. There’s a more than appealing full set called the ‘Ben Essere’ that comes in a golden vanity case. But until I’m on film star budgets, I’ll stick with the eye cream… because it’s simply divine.