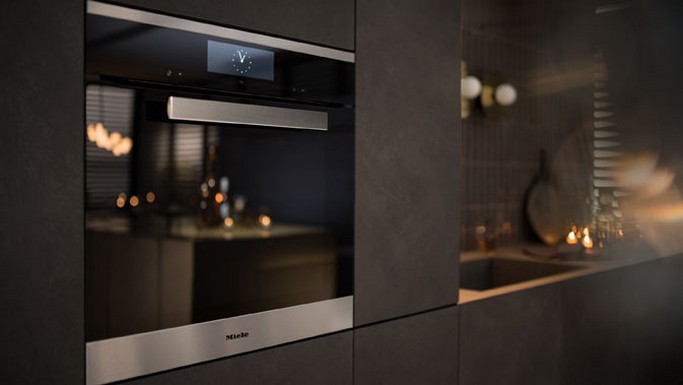 When the dishes arrive on the customer’s doorstep, the ingredients are already appealingly arranged on elegant porcelain plates – ready to be cooked to perfection in a dialog oven.

M Chef technology from Miele applies electromagnetic waves to the food which creates heat for cooking. The Dialog oven features a modular unit which generates electromagnetic waves in a specific frequency range and distributes these in the oven via two high-performance sensors. As the molecules in food are arranged in different ways and even rearrange during the course of cooking, continuous adjustment of the frequency supports the cooking process. The same sensors also provide the Dialog oven with feedback on the amount of energy which has been absorbed by food.

From the outside, the appearance of a Dialog oven is identical to that of its conventional counterpart; on the inside, the Dialog oven opens up a whole new world of cooking, baking and roasting pleasure. One example which baffles audiences at presentations is an uncooked fillet of fish embedded in a block of ice which is placed in the Dialog oven. 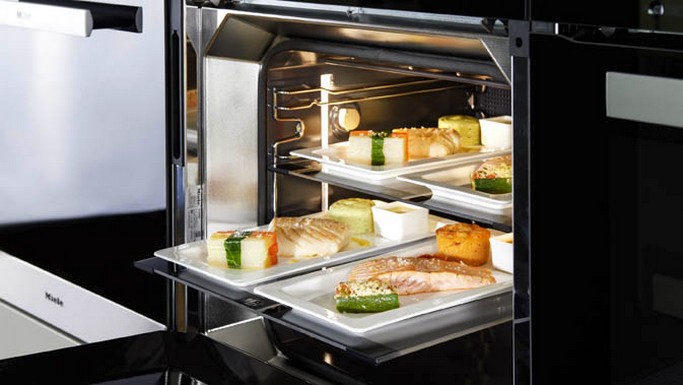 The result: The fish inside the ice is cooked whilst the ice itself remains frozen. No less impressive as it is inconceivable is this example: Take a leg of lamb and place it on a bed of vegetables consisting of red peppers and green asparagus. Fill any remaining space with potato wedges and place the tray in the Dialog oven. After around 45 minutes, the lamb comes out succulent and evenly cooked, the vegetables are slightly al dente and the potatoes deliciously soft – without any interruption or the need to introduce additional ingredients. It would be impossible to cook this dish in a conventional oven with such excellent results and in such a short space of time. Similarly, such dissimilar ingredients as salmon and puff pastry – a combination of tastes made in heaven – b can be cooked simply, fast and in only one single operation.

A further significant advantage of M Chef accrues from the fact that food is cooked ‘volumetrically’: a fillet of meat is for instance cooked uniformly pink from the edges right through to the core. In a conventional oven, this is much more difficult as heat always travels from the outside to the inside. When the core is done to a T, the outer layers are often already overdone. 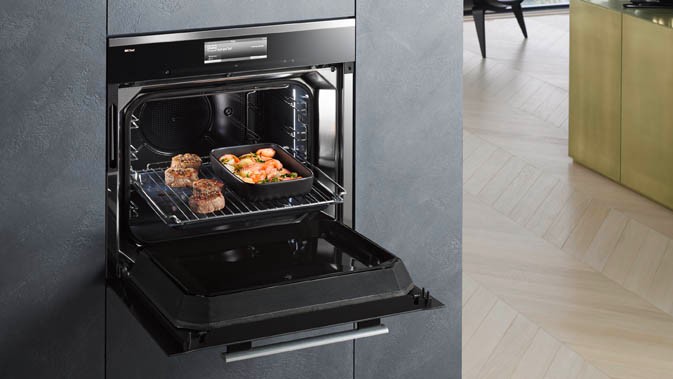 ‘With this business model, MChef is adding a new dimension to service and pleasure and is at the same time underlining the innovating power of the Miele brand beyond the bounds of its traditional fields of business’, explained Axel Kniehl, Executive Director Marketing and Sales with the Miele Group. Indeed, these dishes were specifically created for the dialog oven, which has been on the market in Germany and Austria since June. Mistakes during preparation are virtually eliminated by virtue of the fact that all users need to do is to simply place the plates with the food into the oven which is then started from the MChef app with the appropriate settings.

The target audience for the new gourmet service are owners of a dialog oven who wish to dine as if in their favourite restaurant in the comfort of their own home. Orders received online by 12.30 h will be delivered the next day, 365 days a year. Up to six dishes can be prepared in a dialog oven simultaneously. The programme with the correct settings is launched direct from the MChef app. The average cooking time is 20 minutes. The gourmet service, unique throughout the world, started in North Rhine-Westphalia and to be extended to cover the whole of Germany from the beginning of next year, Frank Jüttner announced. 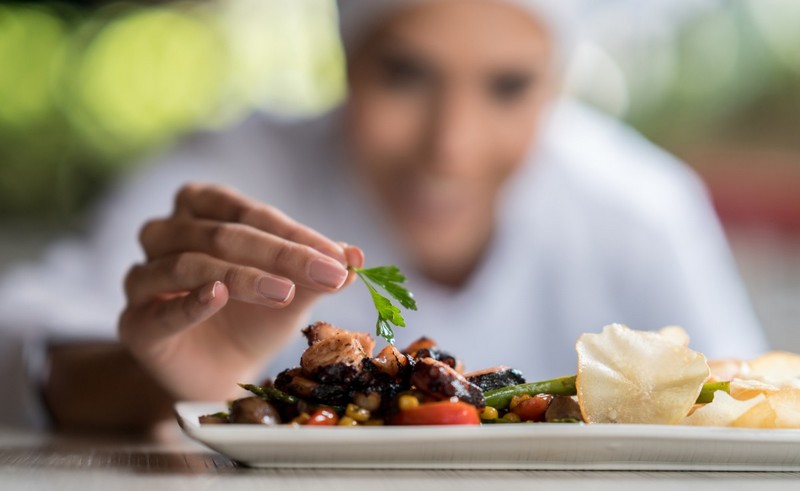 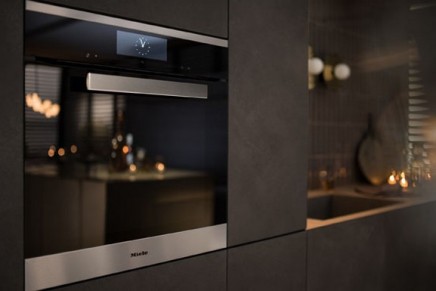 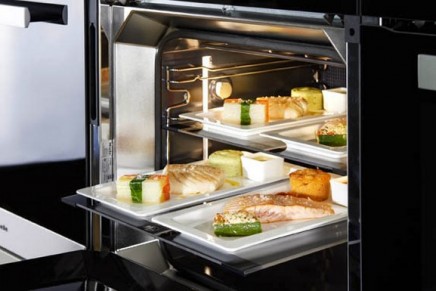 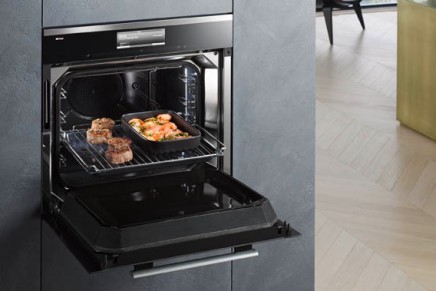 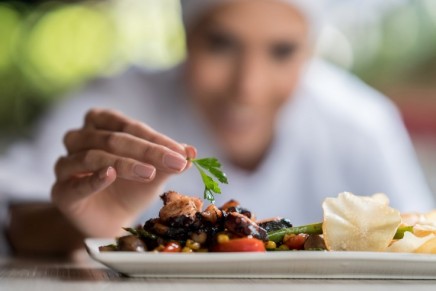