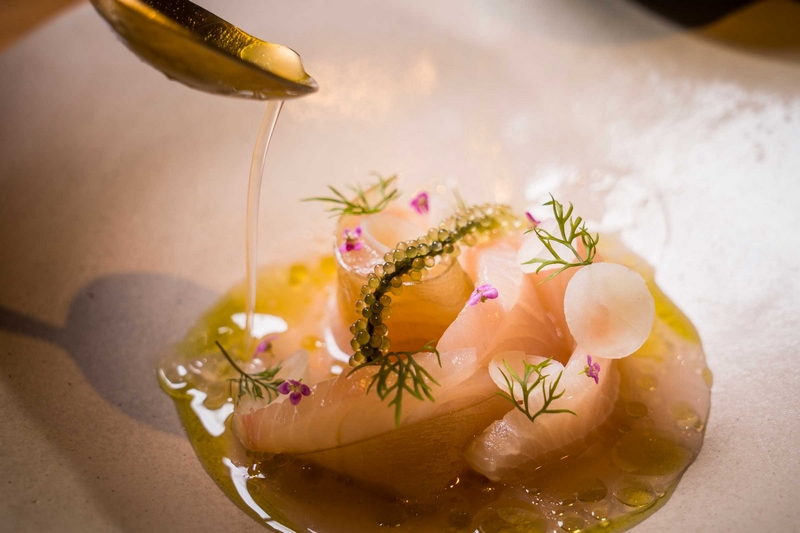 The Iberian Peninsula is carried by a gastronomic impetus that is confirmed year on year.

An illustration of the intensity and dynamism of the Iberian gastronomic scene, which impressed the MICHELIN Guide inspectors, the MICHELIN Guide Spain and Portugal boasts 4 new restaurants with 2 Stars in Spain and 33 that have been awarded a first Star – (27 in Spain, 5 in Portugal and 1 in Andorra).

In Portugal or Spain, despite an extremely difficult 2021, many young talented chefs have come to light and are comfortably defending gastronomic concepts that are as diverse as they are innovating.

Lastly, gourmets who are keen to enjoy a great meal at a reasonable price will appreciate the addition of 43 new Bib Gourmand restaurants – 41 in Spain and 2 in Portugal – to round out this selection.

“A core trend is confirmed in many establishments: that of highlighting the local region, and its resulting products and traditions, as much as possible – sometimes with a daring twist,” commented Michelin Guide’s Gwendal Poullennec. “Our teams have also noted that more and more restaurants bear witness to an increasing care in offering cuisine that is more attentive to environmental and sustainability issues. We can only congratulate ourselves and assist this core movement, illustrated this year by 8 new, particularly committed restaurants being awarded a Green Star”

In Donostia/San Sebastián, the Amelia by Paulo Airaudo restaurant earns two new MICHELIN Stars in a local gastronomic scene that is already particularly bright. Within this intimate restaurant with direct access onto La Concha beach, the happy customers who are lucky enough to be seated at the counter or at one of the three tables that make up the dining room will appreciate the finesse and audacity of the cuisine from the chef who, through a particularly creative tasting menu, deftly marries Basque gastronomy to culinary influences with an Argentinian, Italian or even Japanese flavor.

At Voro Restaurant, located in Canyamel on the island of Majorca, the dishes prepared by chef Álvaro Salazar and his team reach new heights of finesse and refinement, and offer a reinterpretation of classic Mediterranean and Majorcan recipes with subtle plays on textures and nuances.

At the Smoked Room Restaurant, a particularly trendy restaurant in Madrid, the young chef Massimiliano Delle Vedove demonstrated his mastery of cooking techniques, in this case charcoal grilling, and particularly impressed our inspectors, who were delighted by the subtle smoky dishes.

Lastly, the Iván Cerdeño restaurant, named after its chef, offers an exceptional setting – an old cigarral with magnificent views of the Tajo and the city of Toledo – to enjoy cuisine that pays homage to products from La Mancha. With dishes offering a creative and innovative edge, the chef allows gourmets to enjoy a particularly rich local culinary heritage.

In total, the MICHELIN Guide Spain and Portugal 2022 references 40 two-Star restaurants, of which 33 are in Spain and 7 in Portugal. In the Three Star category, the 11 restaurants recommended with this distinction last year maintain this in the 2022 edition. 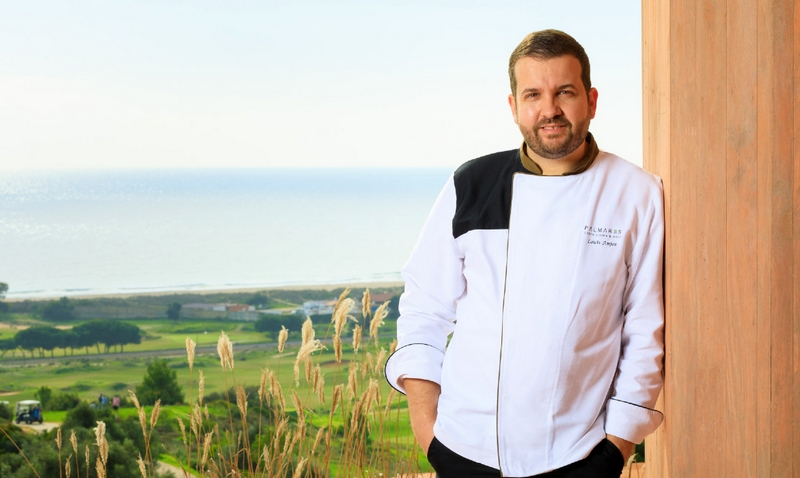 Despite the past year being especially difficult for the restaurant industry, gourmets will be delighted to learn that Spain and Portugal see an impressive number of new MICHELIN Star restaurants flourishing everywhere in these countries. Spain thus boasts 27 new restaurants spread across almost the entire country.  Among these, Michelin Guide inspectors were particularly impressed by the modern and sophisticated dishes with a Mediterranean flavor from chef Vicky Sevilla at the Arrels restaurant. At the Quimbaya restaurant, the chef Edwin Rodríguez plays the exotic card by inviting his guests to journey to Colombia thanks to intense, colorful, and extremely well-executed cuisine. Another illustration of the ferment and diversity of the Spanish gastronomic scene, lovers of Japanese cuisine will be delighted by the omakase menu offered by chef Yoshikazu Yanome at the Kaido Sushi Bar.

Lastly, the Principality of Andorra boasts a new restaurant joining the 2022 edition of the Guide with one Star: the Ibaya restaurant (in Soldeu), run by Spanish chef Francis Paniego and located in the Sport Hermitage hotel. 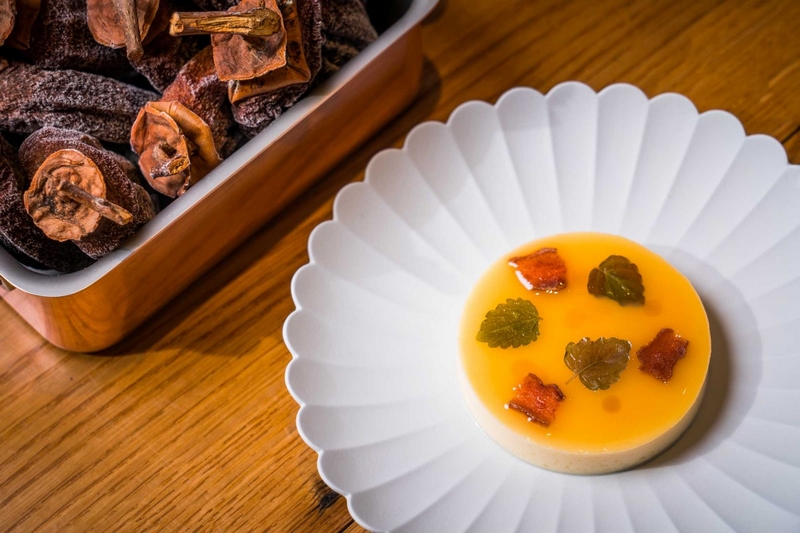 For the first time in Portugal, 2 restaurants also receive a MICHELIN Green star: Esporão located in Reguengos de Monsaraz and Il Gallo d’Oro in Funchal, in the Madeira archipelago.

In highlighting the establishments that are at the cutting edge in terms of sustainable gastronomy, the MICHELIN Green Star thus makes the virtuous initiatives and deeply committed approaches reverberate throughout its community of gourmets and throughout the entire gastronomy sector. In doing so, the MICHELIN Guide encourages everyone to take an interest in these restaurants, which are as much sources of inspiration as they are mobilization.

In total, with the restaurants already showcased last year, 29 restaurants are thus distinguished by a Green Star in the 2022 Guide. 43 new Bib Gourmand restaurants

This year, and for the first time in Spain and Portugal, the MICHELIN Guide introduced the MICHELIN Young Chef Prize and the MICHELIN Chef Mentor Prize, through which it wished to celebrate two great catering professionals and showcase their talent and daily work.

The MICHELIN Young Chef Prize, presented by Makro, was awarded to Mario Cachinero of the Skina restaurant (Marbella). This talented chef, aged just 25, has now been impressing our inspectors for several years. In fact, since the 2020 edition of the Guide, Mario Cachinero has, thanks to inventive and perfectly mastered cuisine that reinvents certain traditional Andalusian recipes, allowed his restaurant to earn two MICHELIN Stars; a distinction that has been renewed every year since.

The MICHELIN Chef Mentor Prize, presented by Blancpain, is awarded to Martín Berasategui.

The chef, originally from San Sebastián, who has been running his eponymous three-Star restaurant in Lasarte-Oria for several years as well as and overseeing various restaurants in Spain and Portugal, receives this award after a career spanning nearly 50 years. With humility, Martín Berasategui has trained multiple generations of chefs, to whom he has imparted his culinary approach, his work references and above all, his passion for a trade in which he gives pride of place to proximity and respect for produce, to a taste for effort, and to teamwork. in a local gastronomic scene that is already particularly bright. 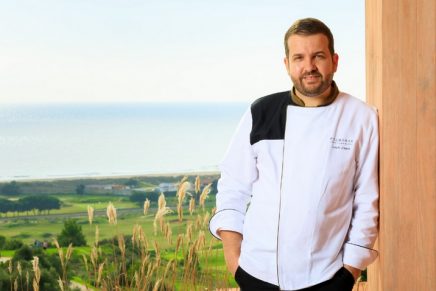 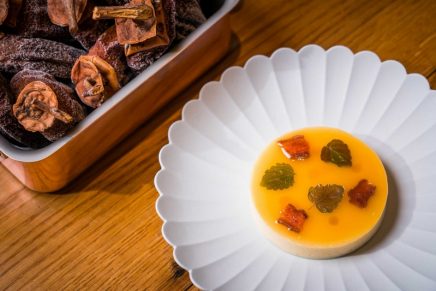 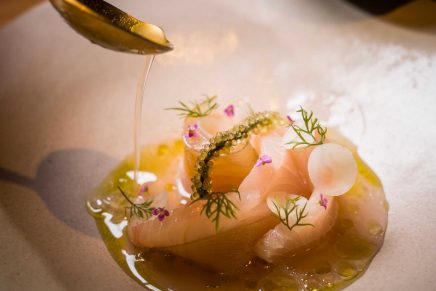