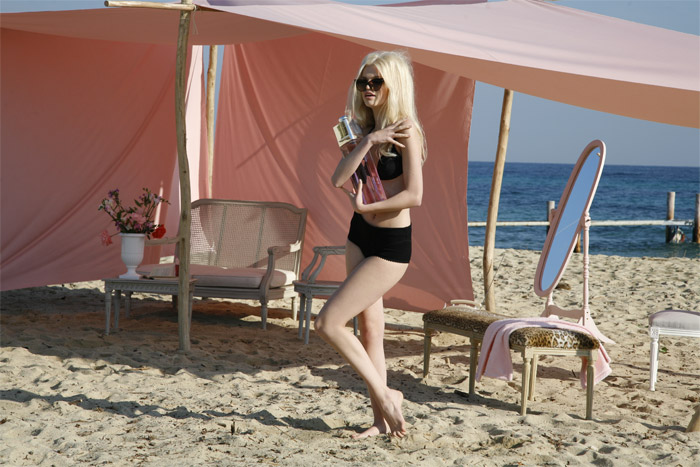 Dior moved from Château de Versailles to the summer residence in Saint-Tropez for 2012 version of Dior ADDICT Fragrance video inspired by Roger Vadim work. “Dior created woman” with the help of Daphne Groeneveld, “Best Dutch Model” known for appearing on the 2010 December/January cover of Vogue Paris alongside Tom Ford.

The young woman played by Daphne Groeneveld in front of the lens of Jonas Akerlund is dazzling and daring and gives free rein to her desires. Bubbly and mischievous, she is capable of playing, fogetting, not caring, and then changing her mind. A dress fitting on a sunny beach, a stroll through the cobbled streets, a 60s atmosphere and hot dance that pays homage to Brigitte Bardot in the 1950-60s, and more specifically to the legendary scene from the film “And God Created Woman“, the 1956 film by Roger Vadim.