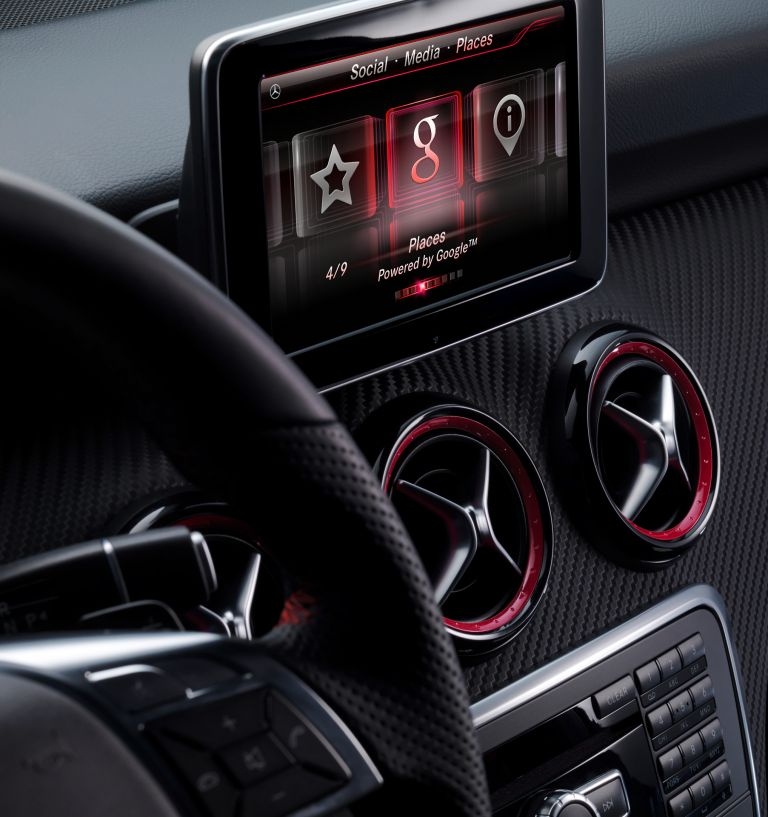 At this year’s Google I/O, the annual developer conference showcasing the latest from Google’s product teams and partners, Mercedes-Benz presented the upcoming integration with Google services using an iPhone connected to its Drive Kit Plus feature.

With the Digital DriveStyle App developed by Mercedes-Benz the main functions of the smartphone can be organised under the headings Social, Media and Places and called up on the vehicle display – and also accessed safely and conveniently while driving via the COMAND controller or by using the voice based intelligent personal assistant. The Drive Kit Plus is available as an accessory for virtually all current Mercedes-Benz model series.

“Faster search, everywhere you go”: Whether it’s a street address or nearby restaurant, find your destination faster with the Google Places Autocomplete API, which predicts the most likely destinations as you type.

“Know the hottest spots in town”: Radar View uses the Google Places API Radar Search and Heatmaps to guide you to the center of the action by visualizing areas with high concentrations of night clubs, restaurants and shopping centers. 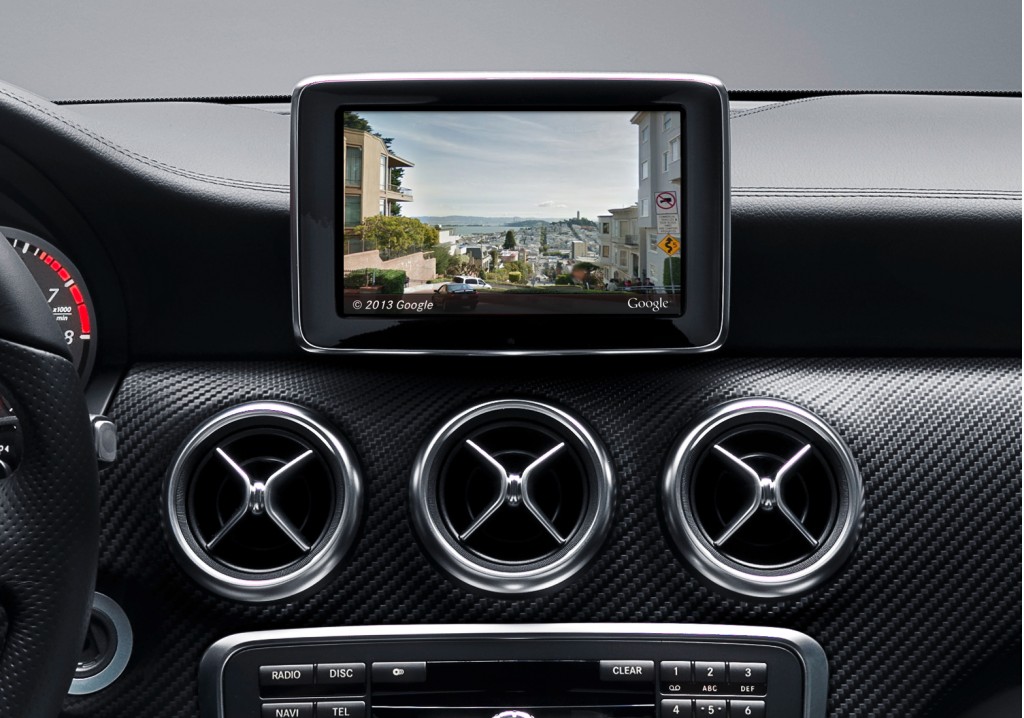