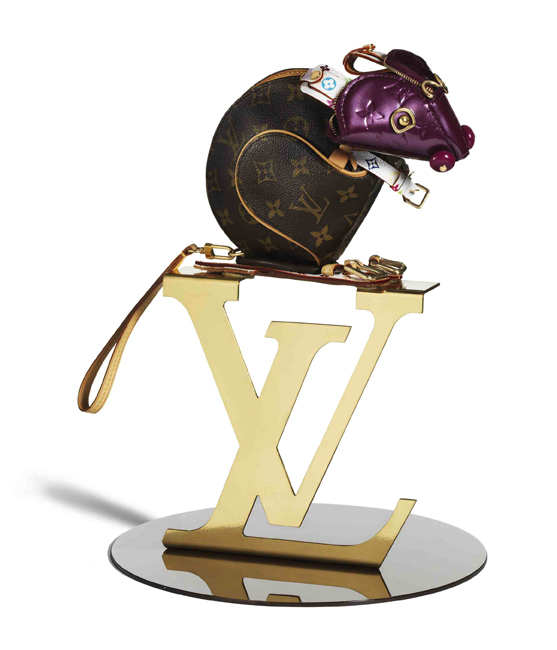 The fantastic animals created by British Artist Billie Achilleos from Louis Vuitton small leather goods are on display in the store on Via Montenapoleone in Milan. During 5th Milan Fashion Design festival and 2012 Salone del Mobile, Louis Vuitton has created an enchanted, surreal and ephemeral Zoo called “Maroquinaris Zoologicae”.

To celebrate its 100th anniversary and to mark 2012 Salone del Mobile in Milan, Louis Vuitton has chosen this special Zoo populated by 30 precious animals – a celebration of the legendary savoir-faire of the French luxury house.

Sharing with Louis Vuitton a passion for beauty, craftmanship and the visionary, artist-craftsmen Billie Achilleos has succeeded in giving life to these small creatures made entirely from LV bags and accessories.

Enter the creative process and go behind the scenes of the project.