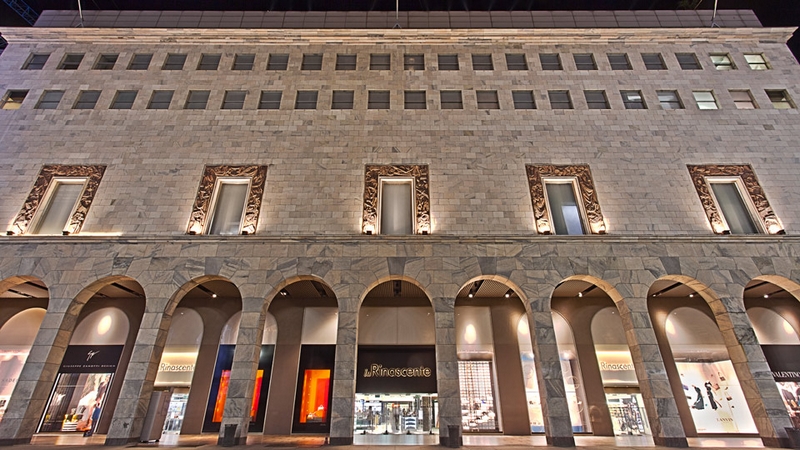 This article titled “Luxury retailer donates €3m for Rome pavement repairs” was written by Angela Giuffrida in Rome, for The Guardian on Friday 11th October 2019 14.33 UTC

The Italian luxury department store chain Rinascente is donating €3m to Rome’s cash-strapped authorities to repair and widen the pavements near its flagship premises.

The move is the latest example of a luxury brand paying for upkeep of public resources in the Italian capital, which has perennial issues with waste collection and streets with potholes and protruding cobbles.

The works will involve the reconstruction and widening of the pavement outside the company’s store on Via Tritone, a busy high street close to the Spanish Steps and the Trevi fountain, as well as on Via dei Due Macelli and Via Capo le Case.

The work is expected to begin next year with completion by mid-2022.

Rome authorities often benefit from private cash to restore the city’s tattered heritage. The fashion house Fendi is funding the €2.5m restoration of the Temple of Venus, which was inaugurated by the emperor Hadrian in AD135, and Gucci is paying €1.6m to restore the Tarpeian Rock, a cliff on the Capitoline Hill from where ancient Romans threw traitors to their death.

Fendi also paid to clean and restore the Trevi fountain in 2015, while the shoe company Tod’s provided the money to restore the Colosseum. Bulgari, the jewellery company, donated €1.5m to spruce up the Spanish Steps.

This year, inmates from Rome’s Rebibbia prison were drafted in to help fix Rome’s streets as part of an initiative that authorities labelled “I redeem myself for Rome”.

The mayor, Virginia Raggi, is regularly criticised for the state of the city, including its poor transport system and scrappy parks. The rubbish crisis recently led to a boom in demand for pest control services in apartment buildings.