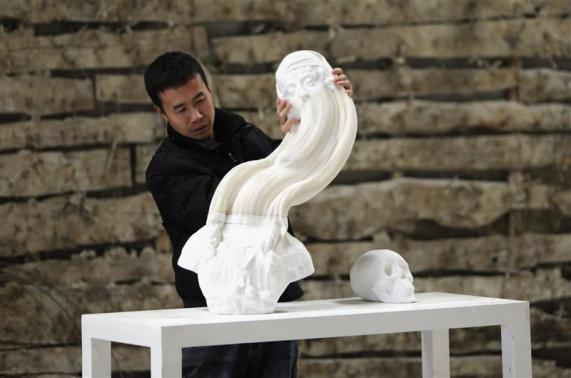 Chinese artist Li Hongbo‘s paper sculptures are stretching the imagination. Li Hongbo said he had always loved paper and was guided by an old Chinese saying,
“life is as fragile as paper.” “Tools of Study“, Li’s exhibition hosted by the Klein Sun Gallery in New York, has won him plenty of attention since it opened.

“At the beginning, I discovered the flexible nature of paper through Chinese paper toys and paper lanterns,” Li, 38, told Reuters. “Later, I used this
principle to make a gun,” he said, casually inverting a crude paper pistol into an elegant fan. “A gun is solid, used for killing, but I turned it into a tool
for play or decoration. In this way, it lost both the form of a gun and the culture inherent to a gun. It became a game.”

“‘Strange’ and ‘unsettling’ are just words used by some people to describe my work. In fact, people have a fixed idea of what a human should look like, so
when you transform a human shape, people will reconsider the nature of objects and the motivation behind the creation. This is what I care about,” explained
the Beijing-based artist who uses a stencil to paste glue in narrow strips across large pieces of paper. 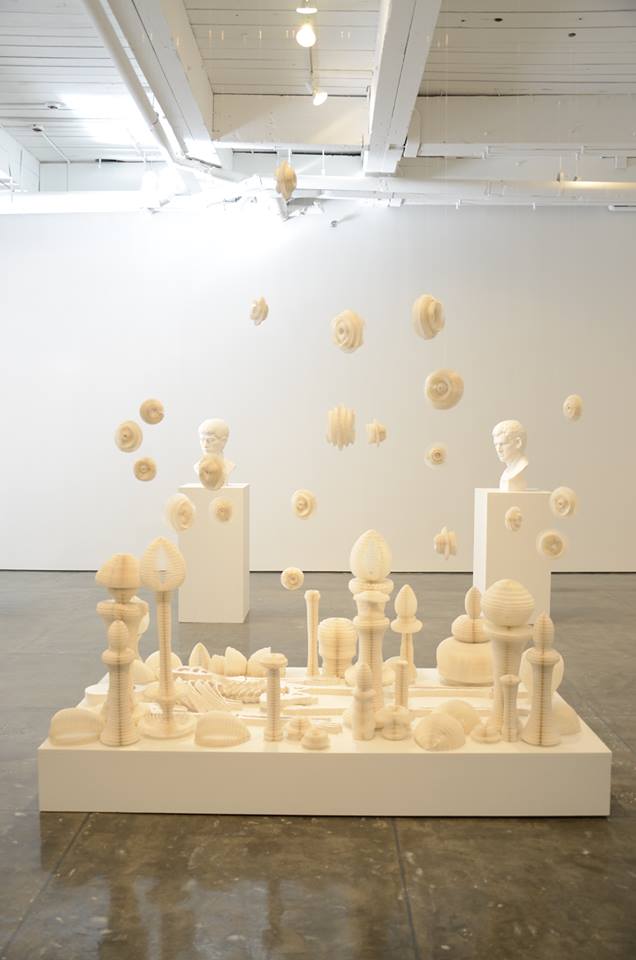 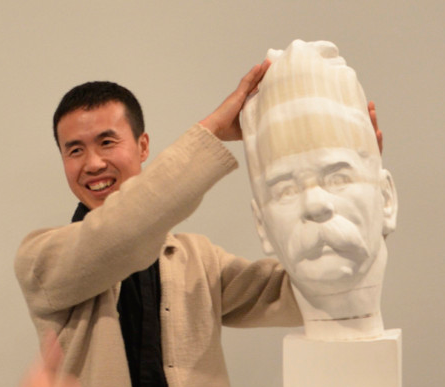 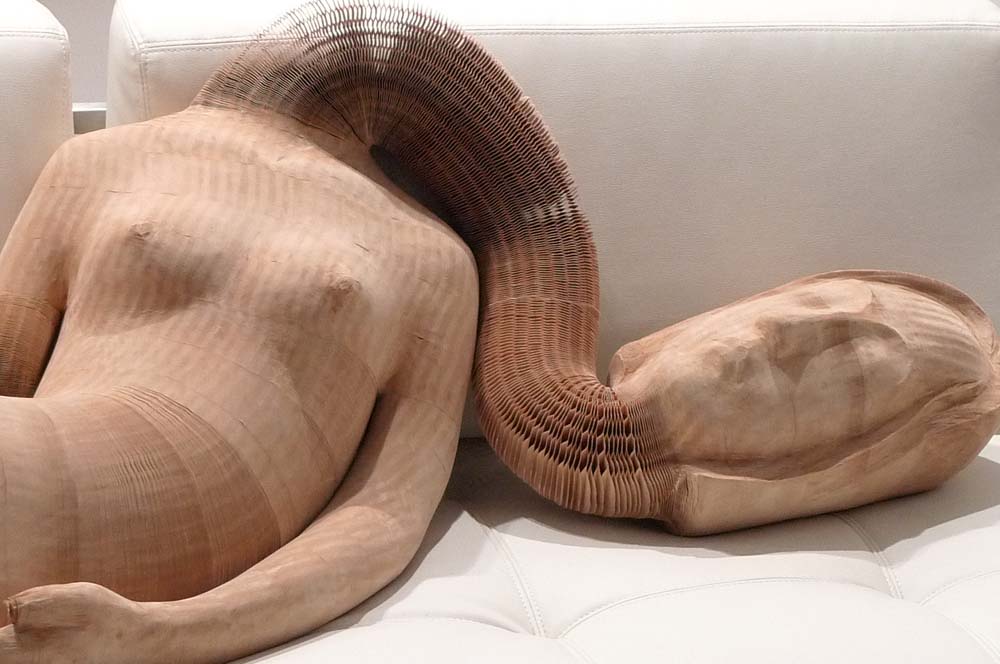 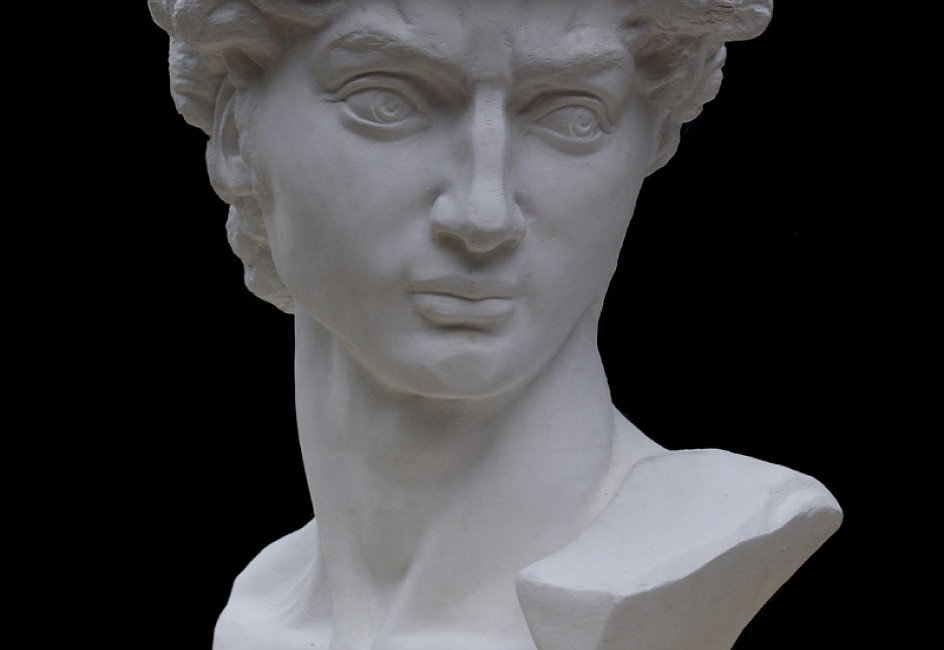