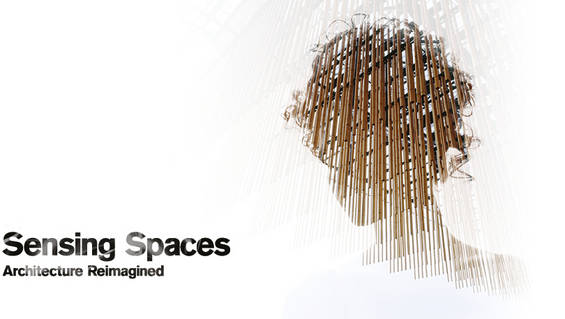 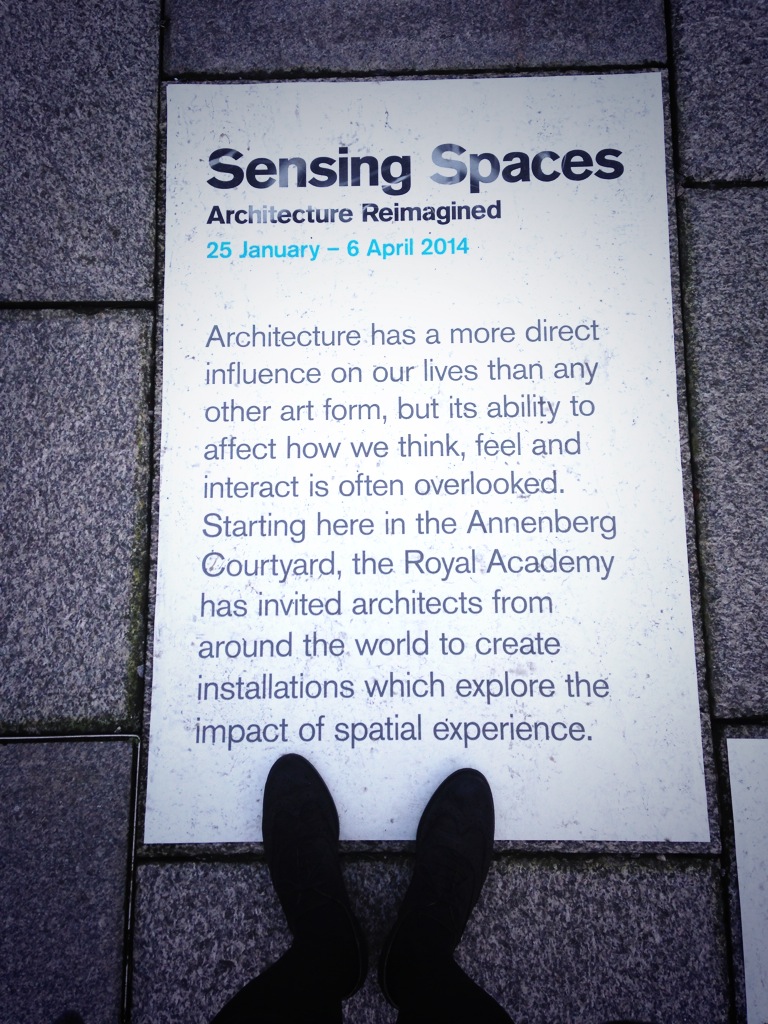 There’s a terrible misconception about architecture, which is that it is a visual art. Yes, you can see buildings and photograph and film them, but a great deal of your experience of a given space has to do with its temperature and acoustic, its odour or lack of it, the feel of the floor under your feet or a seat under your backside, the ease or difficulty of ascending a staircase, the effects on your and other people’s bodies of being somewhere and moving in it. As to the “art” part of ”visual art”, this is also questionable, given that architecture is a thing of use.

To the extent that you do indeed see architecture, it is still not a purely visual experience. You look at something and you interpret it. You make associations, find memories evoked, gain a greater or lesser sense of the physical efforts and skill that went into making a structure. You have an impression of things such as the weight and softness of materials, which may or may not match their actual qualities. The effect of light is not only to reveal, but to create illusions and change perceptions of mass and touch. Architecture doesn’t work with one sense alone, but with synaesthetic hybrids.

Sensing Spaces is a heroic project to put these subtle qualities at the centre of attention. It is the most ambitious architectural exhibition by the Royal Academy for decades, occupying its ample main galleries with installations the size of houses. It is strikingly different from the RA’s most famous previous architecture show, the long-ago but memorable Rogers Foster Stirling of 1986. That was a testosterone-scented, flag-waving celebration of three big British beasts, which helped form a culture of architecture centred on famous names. Kate Godwin, curator of Sensing Spaces, tries to put this culture into reverse.

Its installations are designed by a multi-continental posse of architects, from Burkina Faso, Chile, China, Japan, Ireland and Portugal, who share a sensibility. They have no particular function, except to give you some kind of sensory-spatial experience. There’s a refreshing scarcity of supporting material and plenty of plain, empty space. This is not a crowded show, and you are supposed just to wander, explore and draw your own conclusions.

The most imposing is by Chilean couple Mauricio Pezo and Sofia von Ellrichshausen, which confronts you axially as you enter the show. It consists of four fat cylinders supporting a fat entablature, partly like grain silos and partly like temple columns, in the industrial-classical style once used by the Italian Aldo Rossi. It looks pompous for the touchy-feely theme, but then you find that the structure is a machine for discovering the space in which it stands, the biggest of all the big galleries.

The four cylinders turn out to contain spiral stairs and behind them a ramp winds its way up the full height of the end wall. Each offers a way to get to the entablature on top, in fact a balcony, where you find yourself eye to eye with the gilded angels that inhabit the cornice of the original space, framed by the rough-hewn timber of the new construction. The walls of the balcony are higher than eye-level so you look up, through glass roof lights, into the sky.

Any diligent exhibition-goer in reach of London will have been in this gallery dozens of times but will never have experienced it like this. You become aware of its volume and brightness, its quality of being a huge casket opening to the clouds. Even if you had noticed that it had angels, you may not have given them much thought. So the installation fulfils one idea of the exhibition, which is that architecture doesn’t act alone, but with whatever is already there.

The best installation is the last one, by Yvonne Farrell and Shelley McNamara of Dublin firm Grafton. It’s a very bright room followed by a very dark one, whose contrast Farrell says is meant to be like going from hot to cold in a sauna. Just above head height hang planes of what looks like masonry, actually steel frames covered with canvas, which modulate the light and layer the shadows. Seats with different kinds of hardness help you pause and contemplate the ways in which light and substance change each other.

Between the Chilean beginning and the Irish end there is a tunnel in white honeycomb plastic, designed by Diébédo Francis Kéré, which enlarges at its ends into curved openings and nicely fuses two conventional cuboid galleries into a continuous space. Boxes of long, coloured drinking straws are offered, which visitors can insert into the structure where they want, which is to make the point that we should be able to interact with the spaces we occupy. I get the idea but I’m not sure how rewarding a form of participation is this straw-poking.

Eduardo Souto de Moura pops up in two places, with portals of thin, dark concrete formed, Whiteread-like, out of the imprints of the ornate embrasures of the galleries’ doors. Li Xiaodong creates a labyrinth of twig screens that leads sometimes to claustrophobic dead-ends, but also to an unexpected inner courtyard, amplified by mirrors, which also produce an uneasy self-consciousness of your own presence in the space. Kengo Kuma offers two differently scented rooms, lightly occupied by structures made of ultra-thin strands of bamboo. It’s a little too like a luxury spa.

There are paradoxes. The exhibition requires the display of a kind of architecture that is not about display, and while quotes on the walls insist on the importance of architecture’s use and responding to its users, these are structures of no function designed for no one in particular. It’s a show of what is not a visual art as if it were one. And if the title might suggest that you are in for multiple sensory experiences, then it misleads. Li Xiaodong offers a crunching walk across some rough stone and the timber and fabric of other structures give subtle aromas and textures. Otherwise, the most obviously sensory moment is Kuma’s use of scent, which is also too literal. In the end, architects can’t design all the sensory experiences you might have in a building; their job is more to create the circumstances in which they might happen.

The show is as much about presence as the senses, about the awareness of what it is to be in a place that might be small, large, light, dark, rough or smooth, and to move through it. It’s a reminder of properties of architecture that are fundamental but overlooked. Sensing Spaces has its weak and clumsy moments but does a job that badly needs doing.