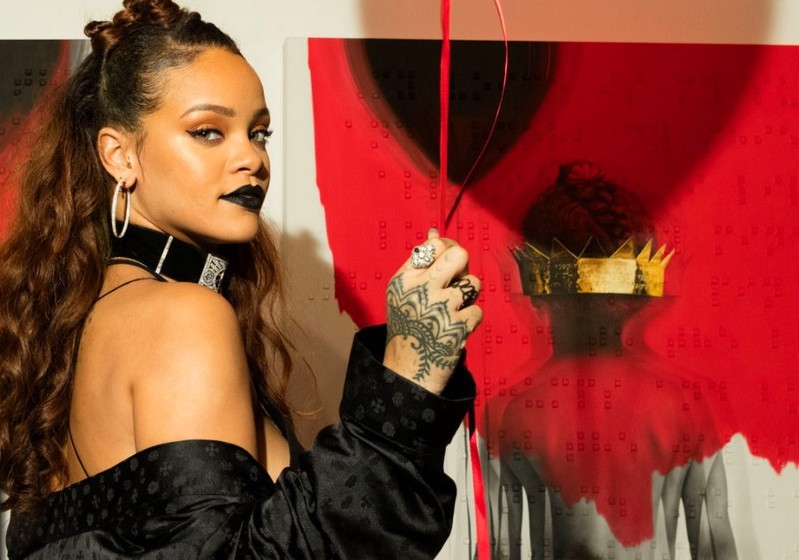 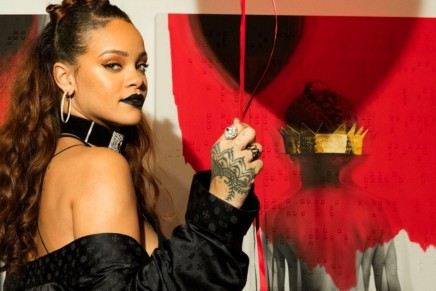 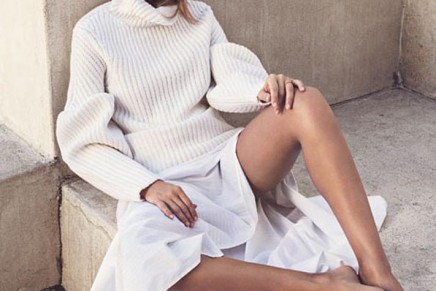 This article titled “Leopard grunge, groutfits and waterwings: the new style rules” was written by Jess Cartner-Morley, for The Guardian on Tuesday 2nd February 2016 17.50 UTC

Head-to-toe grey is the alpha look of 2016. Kim Kardashian started it, but don’t let that put you off. All-over pale grey is more high-maintenance than black, but cooler than white. Gigi Hadid wore a pebble-toned sweater dress with slate boots for her pre-couture fitting with Karl Lagerfeld at Chanel, last week. IRL, all-over grey can include a pair of extra-faded black jeans (à la Kate Moss) or a grey-marl sweatshirt or T-shirt, but a true Groutfit cannot be just faded black jeans and grey marl. To elevate the look, you need to add either a cashmere element, or a tailored element, or something obviously fashiony, such as a cropped turtleneck sweater. We norms can, however, swap the impractical soft-grey suede footwear for a pair of white Stan Smiths.

Fashion is getting it in the neck this season. If your outfit hasn’t got it all going on at collar-level, it’s not happening. Have a look at the latest Gucci pre-fall collection for inspiration. Shirts are worn with a silk flounce tied in a bow at the top button, and then a flower corsage in a contrasting colour pinned over that. Or, a piecrust frill – think of the stiff, crinkly ribbon you see around wedding cakes – is fastened at the throat with a brooch, preferably a ruby lobster or something equally Schiaparelli-ish. (Also, when you watch Spotlight, note that the basicness of the shirt-wearing – with one button open at the neck – dates and dowdifies the outfits.) Neckcessorising is not just a geek-chic/workwear tip: pop music news is that Gigi Hadid (Obsessed? Us?) is wearing an almost identical wide black choker-ish number in the Pillowtalk video to the one Rihanna wore to launch Anti. In fact, the only alternative to neckcessorising is going full cold shoulder, with a completely bare neck and collarbone.

3. Wear leopard for grunge not glamour

Leopard print is a classic, but the way to wear it shifts from season to season. For this spring, your leopard look is 90s charity-shop grunge, rather than 60s glamour. With Tarantino back on track with The Hateful Eight, and True Romance basking in the glow of 20th-anniversary love, this is a good time to revisit Alabama Worley’s note-perfect styling of leopard-print in the film – especially her pairing of a fluffy leopard-print coat with beaten-up Converse hi-tops and a purple sweatshirt with the hood visible. (Footnote: Alabama also has very strong cold-shoulder game.) For in-season inspiration, look to the Stella McCartney pre-fall collection, where model Lineisy Montero wore a loose leopard-print skirt with a tiger-print tunic, flat shoes and socks.

You know that handy jeans-with-a-bare-foot-and-a-heel look, an easy shorthand for glamour that was kind of doable in real life? It’s over. Sorry. I don’t mean you can’t do it – because you totally can for a date (men will still think you look dead sophisticated) – I’m just saying it won’t impress your fashiony mates any more. For that, you need to detoxify the faint naffness of a taxi shoe by wearing it with socks. Ideally, for maximum fashion points, sheer socks as seen on Scream Queens (with Valentino Rockstuds, natch) and on the Marchesa catwalk.

Instead of looking for the softest knitwear you can find, you should be looking for the stiffest. This Victoria Beckham sweater is almost a year old, since it first appeared at New York fashion week last February, but the entire fashion industry is still obsessed with it. A bubble-shaped sleeve – roughly the shape your arms used to look when you wore armbands for swimming lessons – is the ultimate in trophy fashion this year. At Céline, the same shape was used for cream-coloured silk evening blouses and, at Fendi, a puff sleeve came in glorious coral. This is a statement sleeve, not least because it necessitates shoulder-robing your coat, so you are locked into styling your whole look in a fashion-forward, not-particularly-practical way. So worth it.

The awkward-length trouser is gaining traction beyond the catwalk. So, it’s still awkward, but at least it’s no longer awkward and really weird. In fashion we call that progress. The “troulotte” – which is, you guessed it, a hybrid of the trouser and the culotte – is this spring’s key shape and is, in fact, not that different in silhouette from the midi skirt we have mastered already. Chloe Lonsdale, founder of MiH jeans, has been ahead of the curve on this one, and her Hakone trousers are spot-on. “Cropped-length trousers reflect real-world lifestyles, because they fit perfectly into a wardrobe that doesn’t distinguish between work and home, or between formal and relaxed,” she says.

To “do” layering in a fashion sense is an entirely different thing than to simply wear layers because it is a practical way to dress. To make it absolutely clear that you are Layering with a capital L, you should make your layering as bonkers as possible. Have you ever seen a four-year-old girl get a box of dressing-up clothes, tip its contents all over the floor and then climb into the gaudiest pieces without bothering to take off what she was wearing underneath? That girl is your style inspo this season. Put a party dress on over your ribbed sweater. Wear a shirt-dress over your jeans. If anyone questions you, tell them it’s by avant-garde Paris label Vetements.

We didn’t make this name up, but we can’t let a look with such a moniker pass without comment. Lampshading is … well, basically, your torso is the lampshade and your legs are the lamp. Sort of could also be called Mushrooming, but that would sound less streamlined. I know, it doesn’t even really make sense, because what part of the lamp is your head, but like I say, we didn’t make it up. It is a useful pointer as to how to wear over-the-knee boots: by making the rest of your outfit oversized and slouchy, you make the boots look cooler.

Long before Spanx, there were jeans you had to breathe in, and sometimes lie down in to button the fly. They locked you in – in a very flattering way. This style of denim has been sidelined by stretchy low-rise jeans, which are undeniably more comfortable – but are not, on non-teenage abs, anything near as forgiving. So, embrace the return of jeans with a high-rise waist, which will make you remember why you used to love your favourite jeans more than life itself. Try the brand-new Orson, from Topshop.

10. Don’t be a streetstyle cliche

Oh God, where to start. But if we can ban just one look this season, can it please be the one where you wear a blanket as a jacket, belting it to “accentuate your waist”. Blankets look really stupid as coats, and more than a tiny bit Derelicte, and dressing to “accentuate your waist” is just lame. Sorry. We try not to be bitchy most of the time, but we’re only human.