As part of Dior’s seventy-year celebrations, the luxury Maison is taking over the windows and the famous dome of the Galeries Lafayette department store in Paris until October 10th. 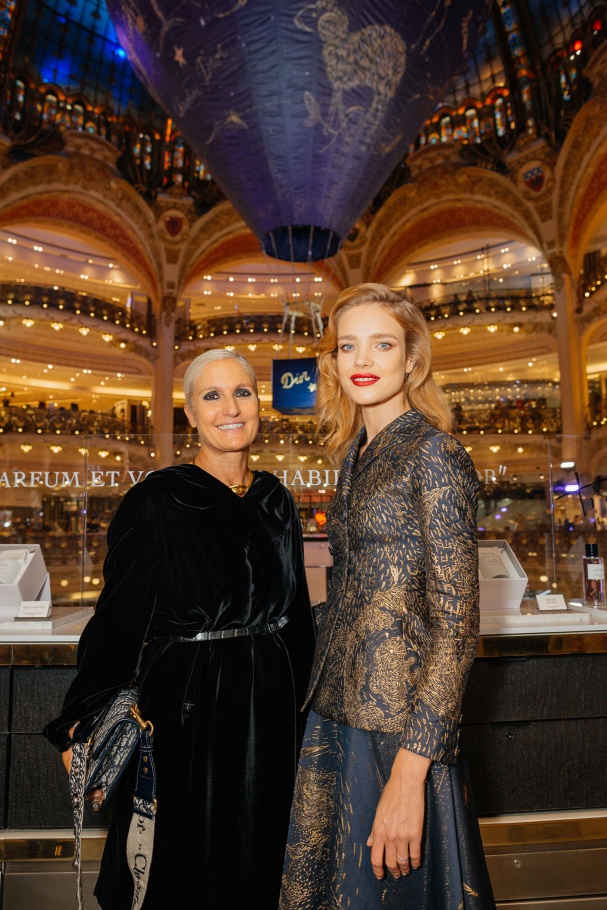 To mark the event La Constellation Dior at Galeries Lafayette, blue, the key color of the Dior ready-to-wear autumn-winter 2017-2018 show by Artistic Director Maria Grazia Chiuri, has been embraced for a collection of pieces exclusively available in the Paris department store.

Natalia Vodianova, a close House friend, was present at the launch with Artistic Director Maria Grazia Chiuri, and wore a midnight blue and gold outfit from the ready-to-wear autumn-winter 2017-2018 collection for the occasion. 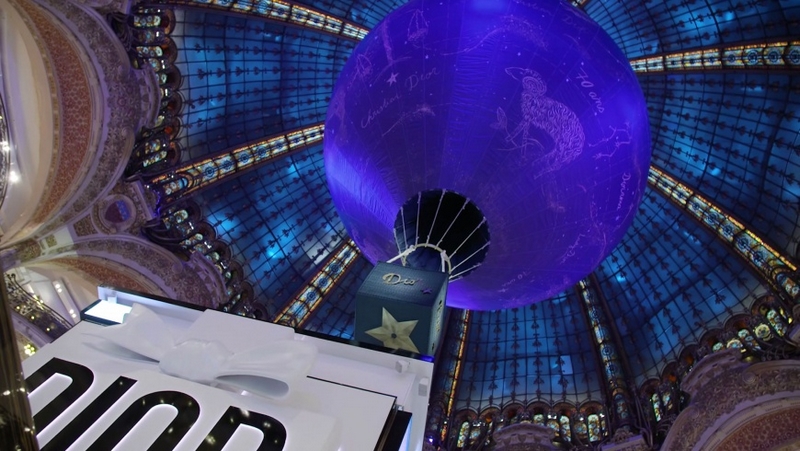 With the Rose des Vents bracelet boasting a sapphire and the La Mini D de Dior watch, Victoire de Castellane, Creative Director of Dior Joaillerie, gives blue a precious dimension, teaming it with yellow gold and mother-of-pearl, to wrap around the wrist.

On iconic Lady Dior handbags two star motifs from the ready-to-wear autumn-winter 2017-2018 collection have been revisited: I Feel Blue, mixing embroidery and print, and La lune dans mes yeux, which can also be found hand-painted on a bohemian-inspired flap bag, or reinterpreted on dotted tulle ankle boots embroidered with thread and beads.

Blue is also employed and paired with gilt for mirrored lens DiorSoRealPop sunglasses, as well as on lacquered Dior Tribales star earrings and on the Les 70 ans de Christian Dior silk twill scarf, covered in astrological signs, alluding to the couturier’s superstitious nature. 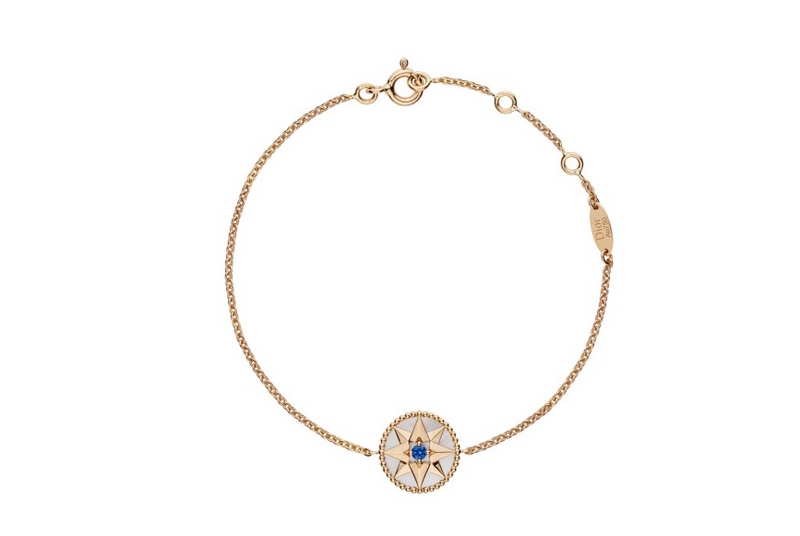 The history of Christian Dior is intimately linked with the arts of divination. “Women will benefit you and it is through them that you will be successful,” he was told at a Granville fair when still a child. Throughout his life, the couturier placed his trust in his lucky star, literally and figuratively, because it was a five-pointed star – found by chance on the pavement when he was getting ready to open his couture house – that would

become the lucky talisman of both his life and his House. Codes and symbols culled from superstition are present all through the Dior story and they have repeatedly inspired the creative directors who have succeeded the founder: the four-leaf clover, the lily-of-the-valley, tarot… Today they are being given a modern reinterpretation by Maria Grazia Chiuri in her fashion and accessories collections.

These symbols provide the narrative thread for the Galeries Lafayette windows in which the blue-hued looks from the ready-to-wear 2017-2018 collection along with the House’s iconic perfumes are displayed. They can also be found inside the department store, on an immense midnight blue and gold hot-air balloon, floating beneath the soaring stained-glass dome. In addition, the Galerie des Galeries plays host to the exhibition I Feel Blue which brings together the creations by Christian Dior that have inspired Maria Grazia Chiuri’s most recent collection for the House: sketches of designs such as Etoile du Nord and Bonne Etoile, their names evoking superstition and the constellations, along with dresses and coats in varying
shades of blue. 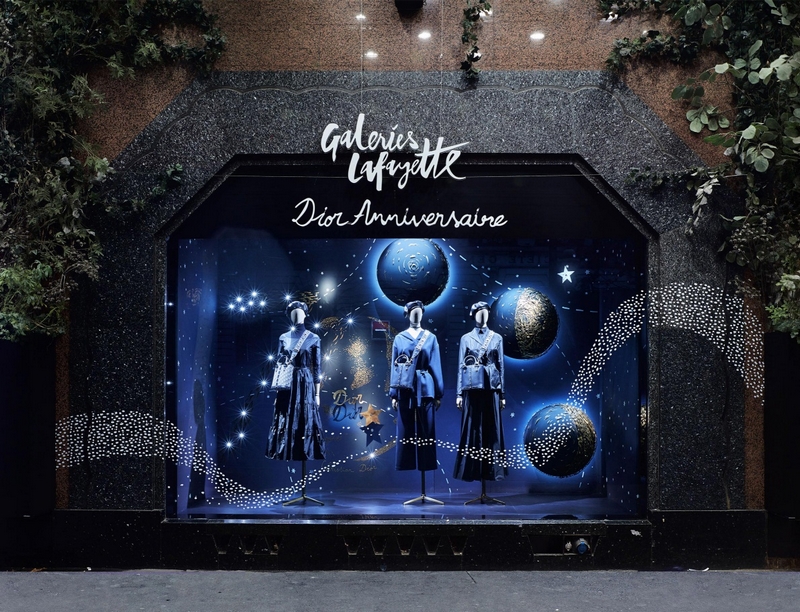 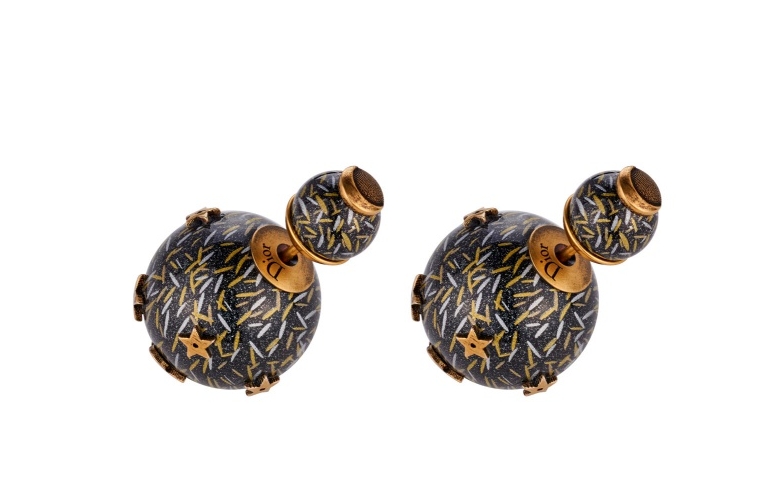 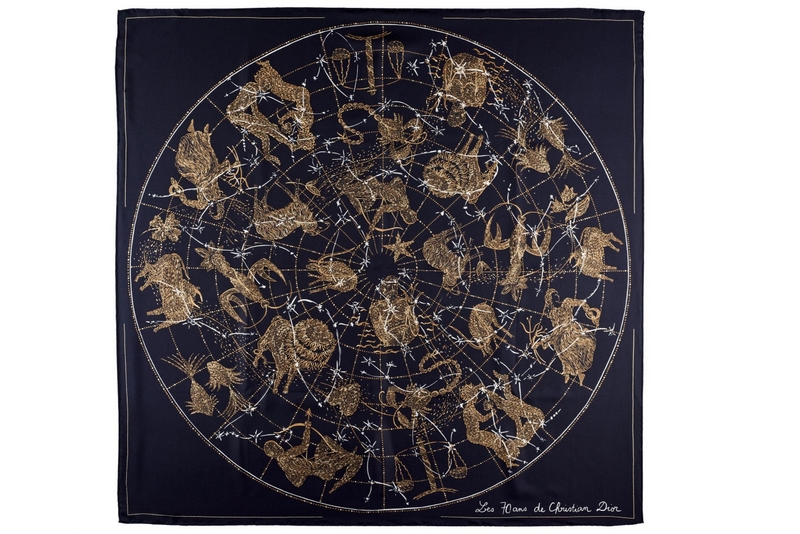 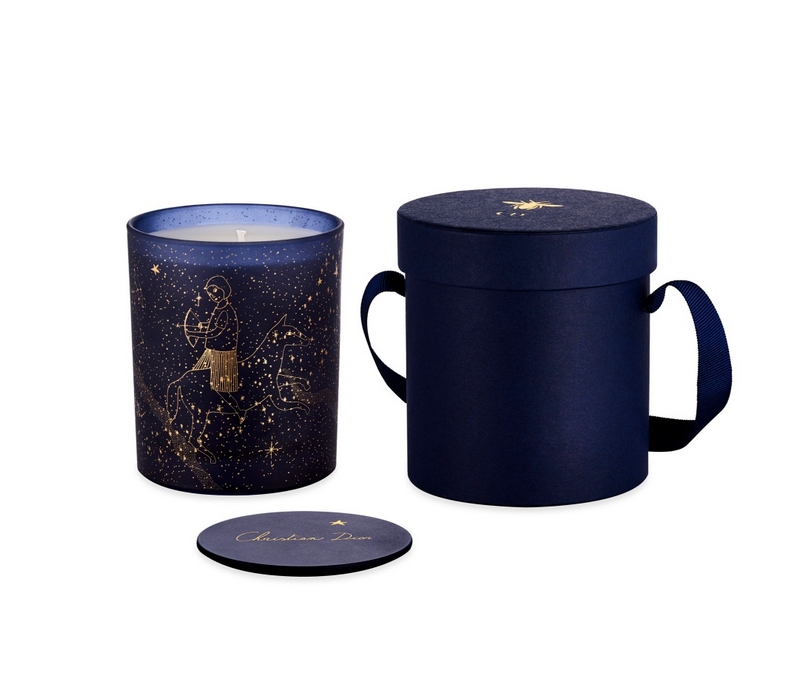 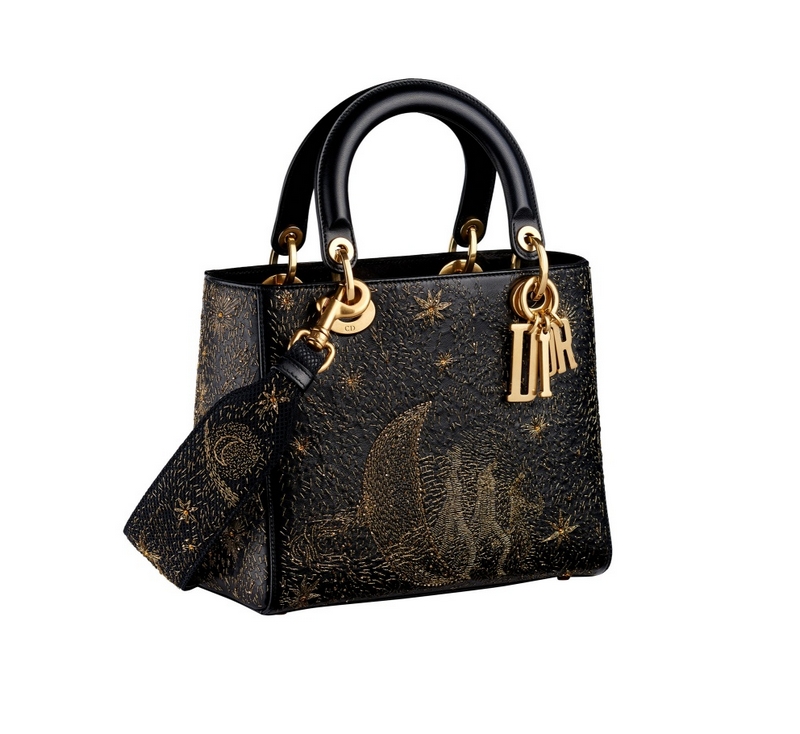 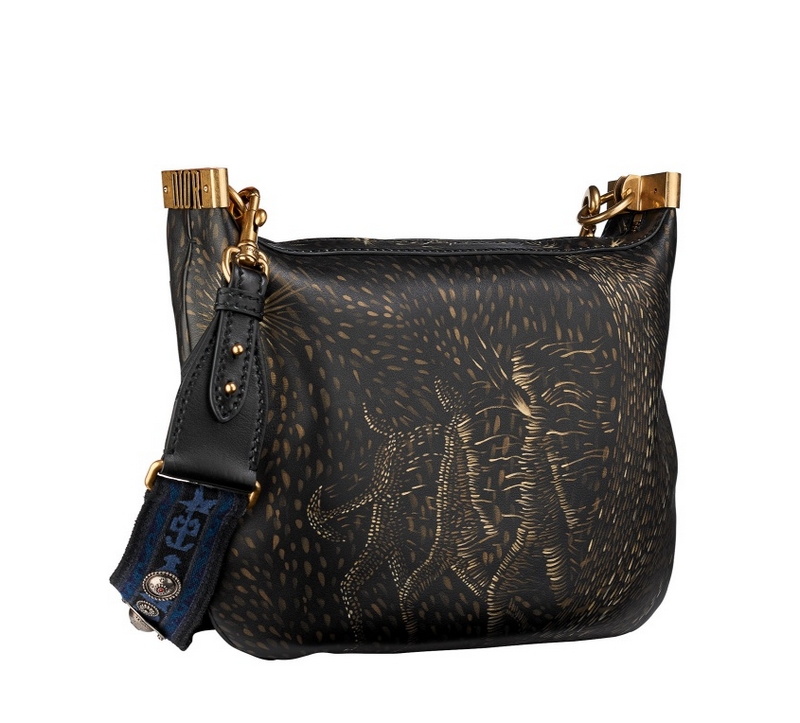 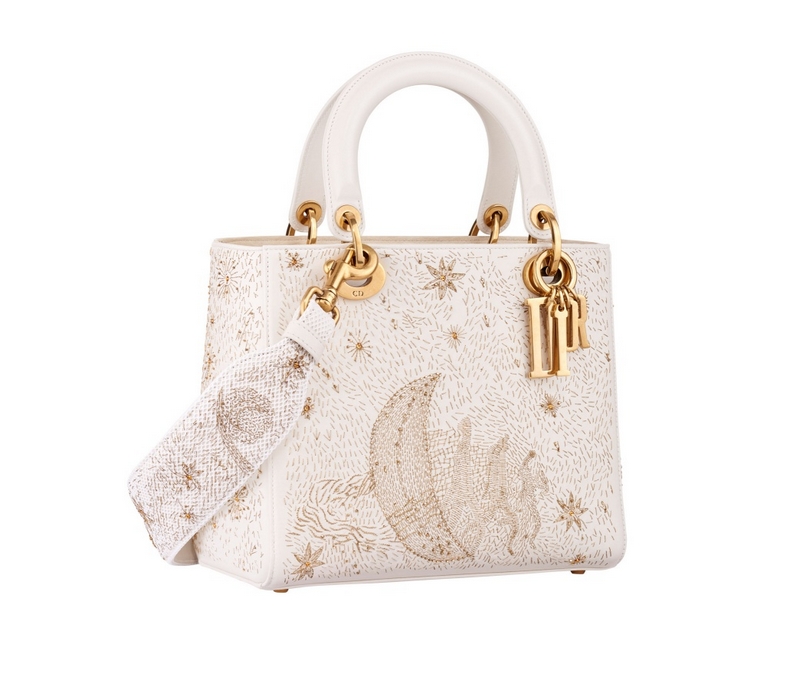 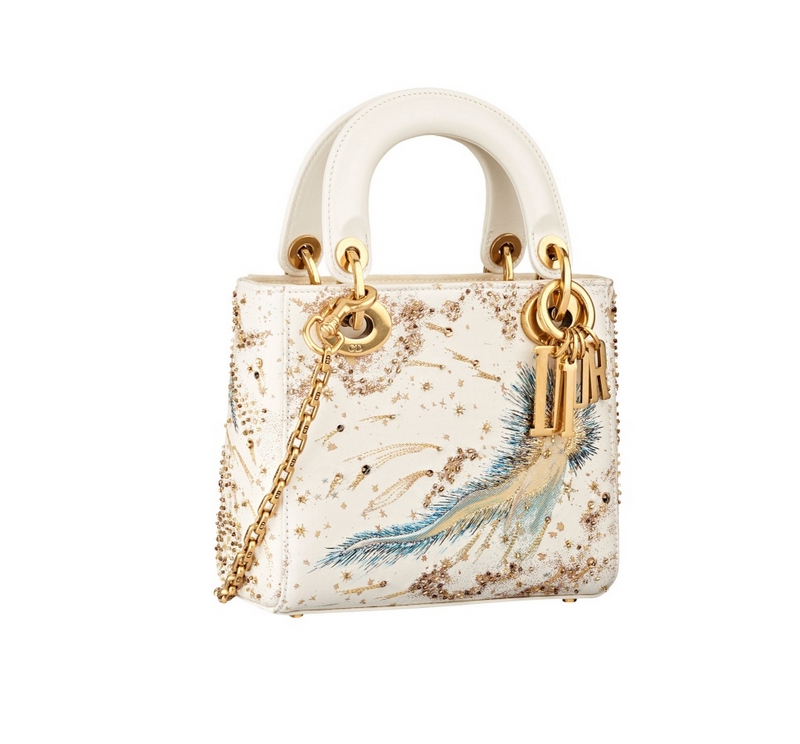 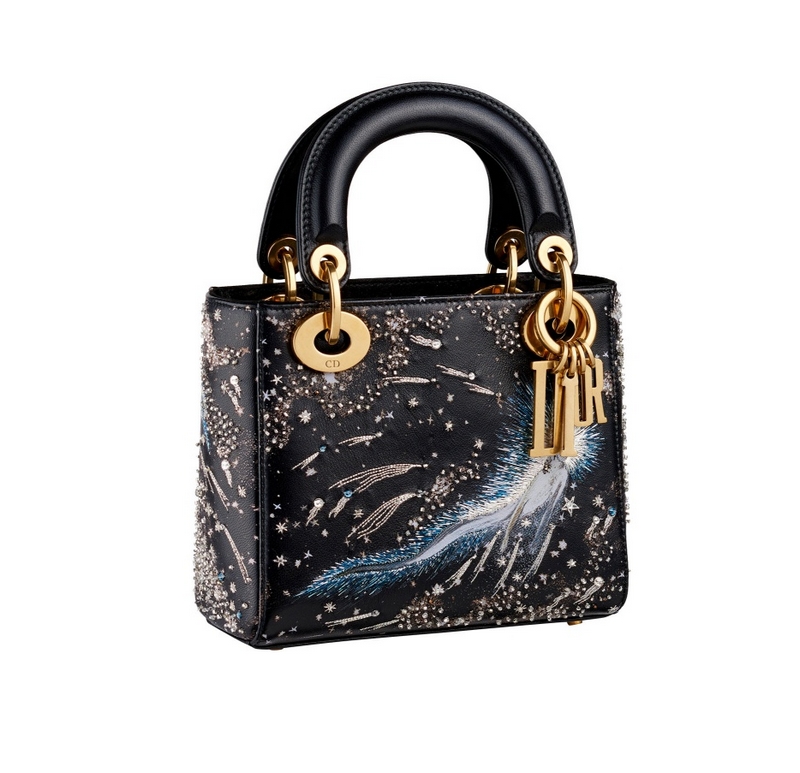 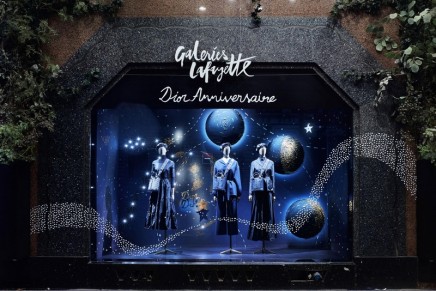 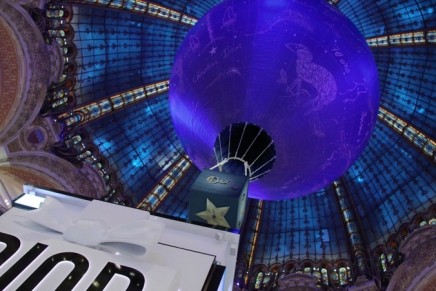 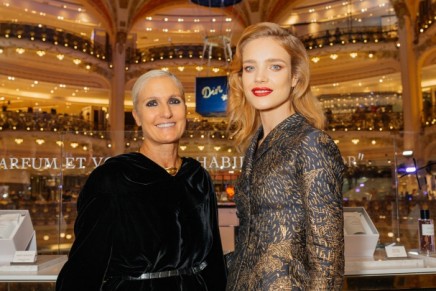 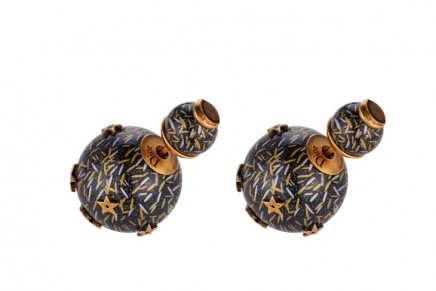 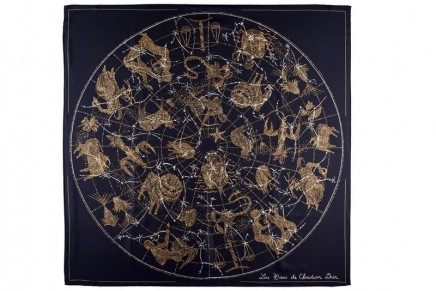 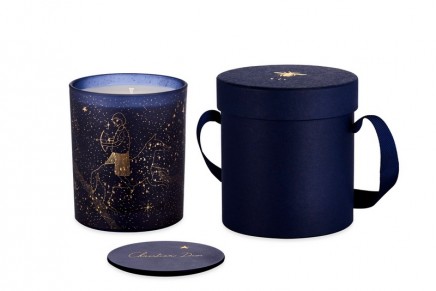 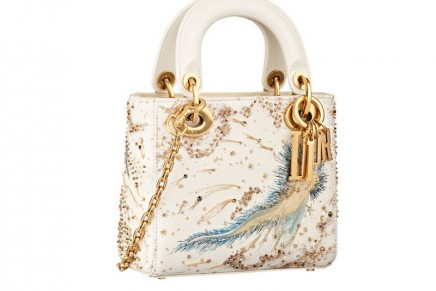 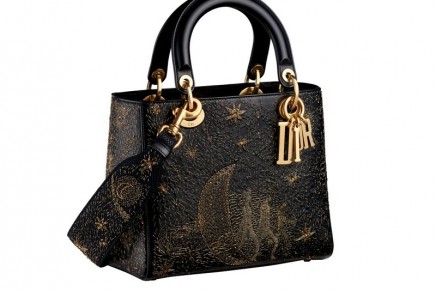 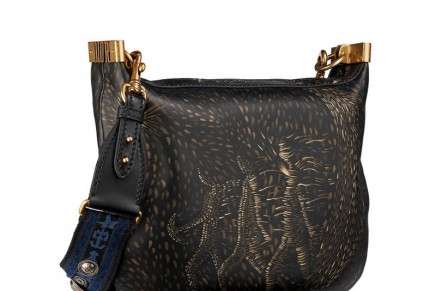 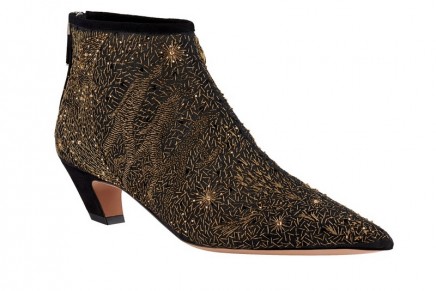 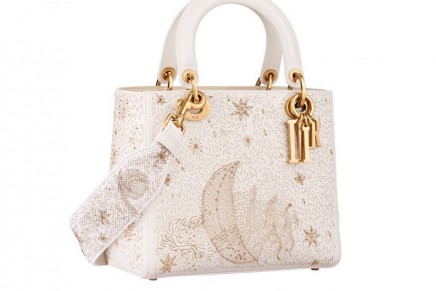 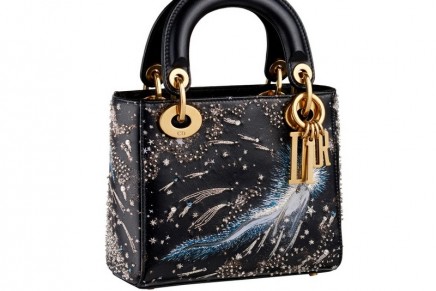 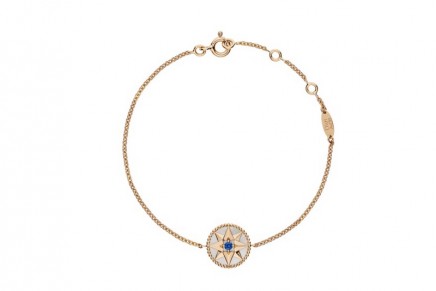