A smart home helps make our everyday lives more convenient, saves energy, and protects the home better. And yet many Twitter users are not yet aware of what a connected home is already capable of doing, according to the latest survey by Twitter and Bosch. The results show that an intelligently connected home can do more today than the majority of respondents considered possible.

This survey of Twitter users was conducted between July 26 and August 3, 2016. 6 265 respondents from Austria, Germany, Spain, France, the UK and the US participated in it; more than 1 000 Twitter users per country and close to 500 from Austria.

while two thirds of the respondents know that the smart home can turn the lights off automatically when they leave the house, only 22 percent can imagine that the oven can already suggest the perfect recipes. By country comparison, it is worth noting that Twitter users from France are most confident of what smart home technology can do compared to the British, the Americans and the Austrians, for example. Germans and Spaniards, on the other hand, consider much of what is already possible today to be a vision for the future.

It is particularly striking that especially the 25 to 34-year old come closest to the reality with their assessments. The fact that awareness of the possibilities decreases with age is not as surprising as the fact that many digital natives do not know what functions are possible today.
Especially for the 16 to 24 year-old who don’t even know a world without the Internet, networking at home is still surprisingly unknown. The reason for this could be the lack of relevance that home topics have for this age group. This reasoning does not apply for women, however, who were generally more cautious about what a smart home can do in their assessments than men were. Furthermore, only 50 percent of the surveyed are aware that today’s smart home systems are inter-operable, meaning that different devices can communicate with each other, even independent of the manufacturers. 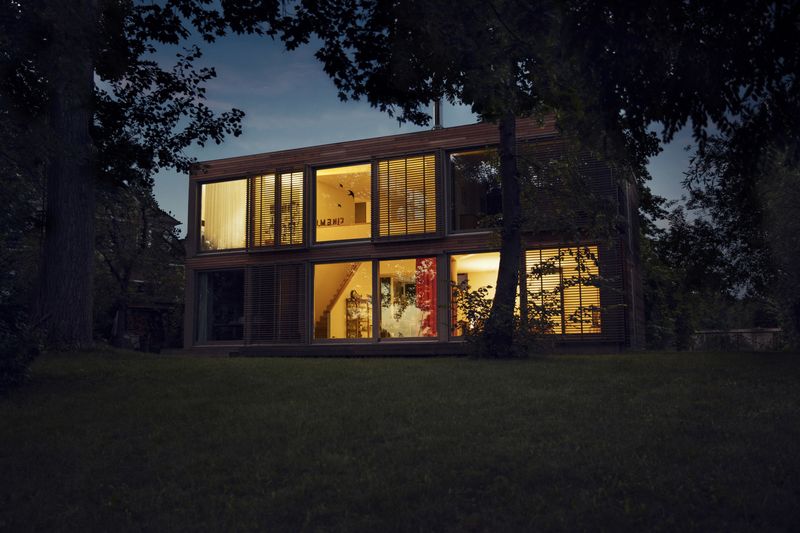 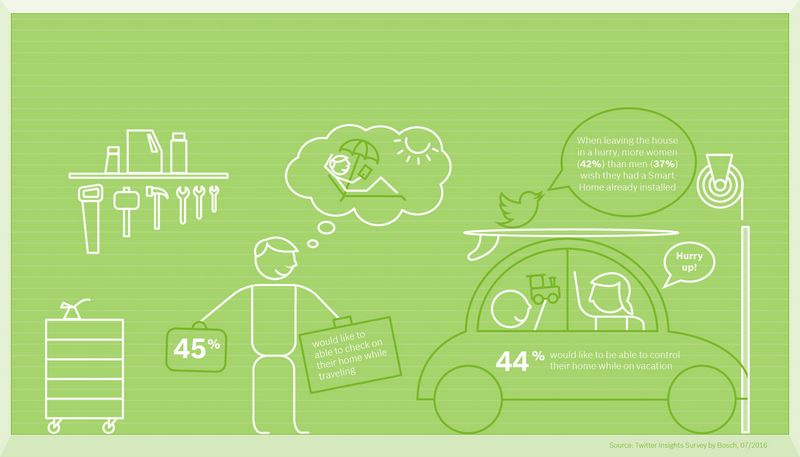 The smart home takes care of annoying routine tasks automatically, enables control even far away from home and thus conveys a reassuring feeling. Nevertheless, the respondents were even more convinced by the potential for saving energy, when the heating switches off automatically as soon as the windows are opened, for example. 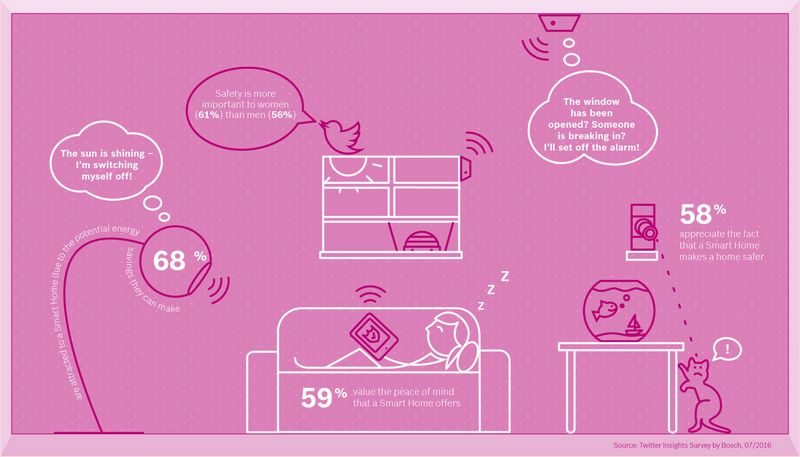 Going on vacation without worrying

Reassurance and security come in second and third place in total as arguments and were named by 59 and 58 percent of the respondents. A smart home that automatically sounds an alarm when an intruder breaks in and warns the residents by sending a push message to their smartphones is just as impressive as the idea of being able to look after things at any time via a connected camera. Security plays a particularly important role for women. While they are generally less convinced of all of the other arguments than men, the situation here is exactly the opposite. Only a third of those surveyed find it especially convenient to be able to brew the cappuccino already while they are still lying in bed. This is where the French set the tone: 42 percent greatly appreciate being able to find their café au lait ready when they walk into the kitchen.

The idea of being able to have access to your home while you are on vacation has a certain fascination across countries, ages and genders that increases with age, whether it’s to look after things or to turn up the heat before returning home. The connected home has a place in everyday life for the British and the Americans. At least this is the case if you ask them in what situations they would want to be able to control their smart home while they are on the road. 60 percent of the British and Americans feel this desire, when they are traveling by train or car, for example. Among the Spaniards, Germans and Austrians, this figure is only about half as high, but with the French, it is at least 45 percent. The country comparison is quite similar when respondents are in a hurry. Incidentally, being in a hurry is a situation in which mostly women believe they can reap the benefits of a smart home. They have this in common with the youngest respondents (16 to 24 years), who also want a smart home, particularly while they are lying on the sofa. 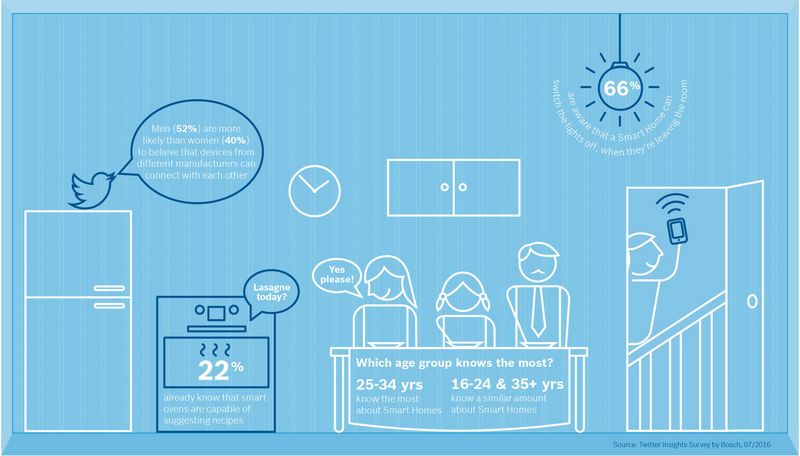 At IFA BERLIN 2016, Bosch will be presenting new products and showing the integration of large household appliances with the system. The functions of the washing machine, dryer and dishwasher can then be operated directly via the Bosch Smart Home App. 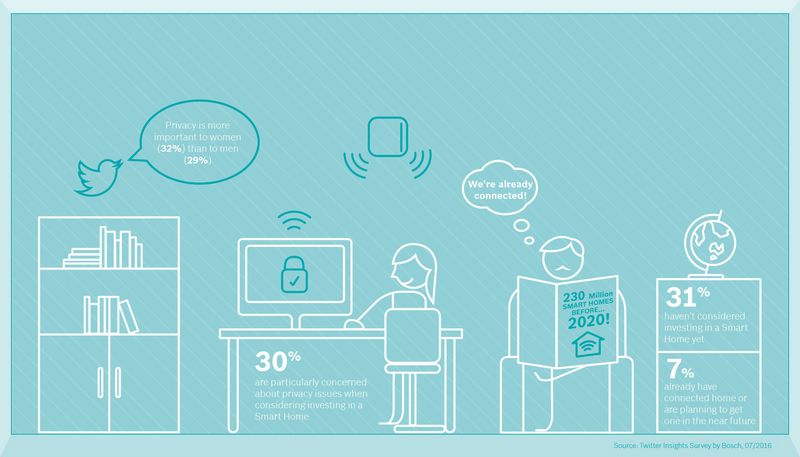 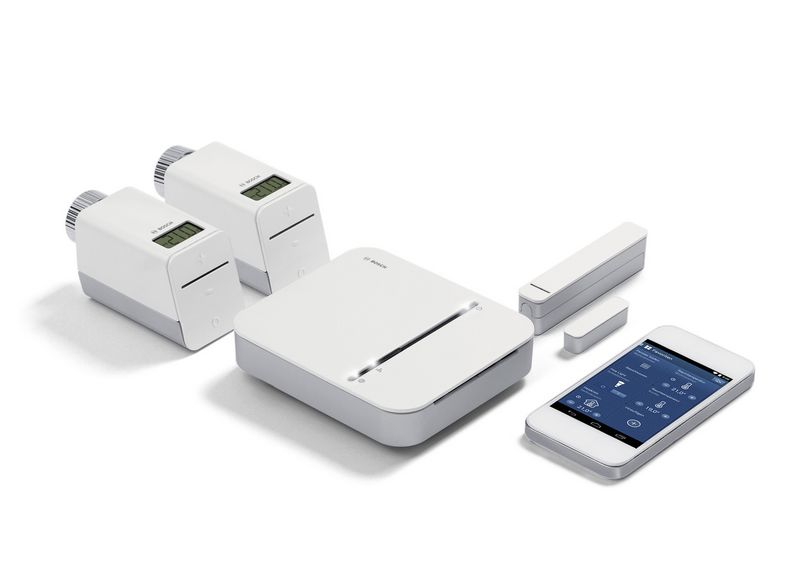 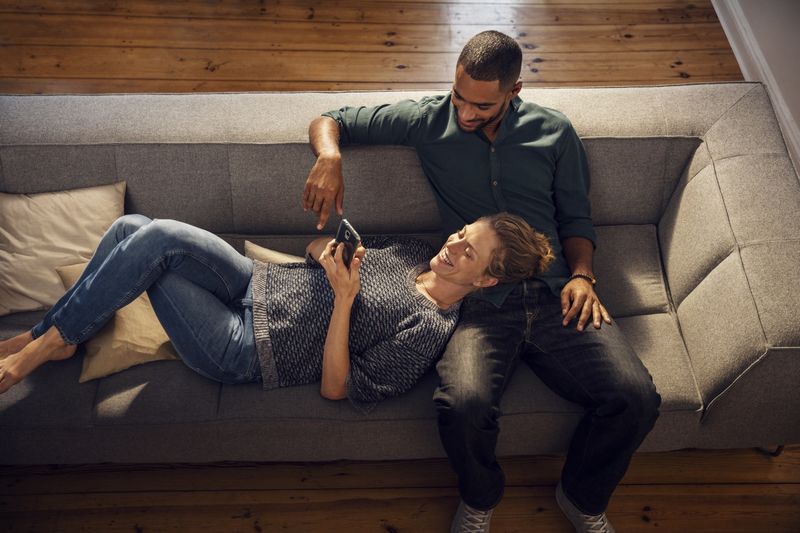 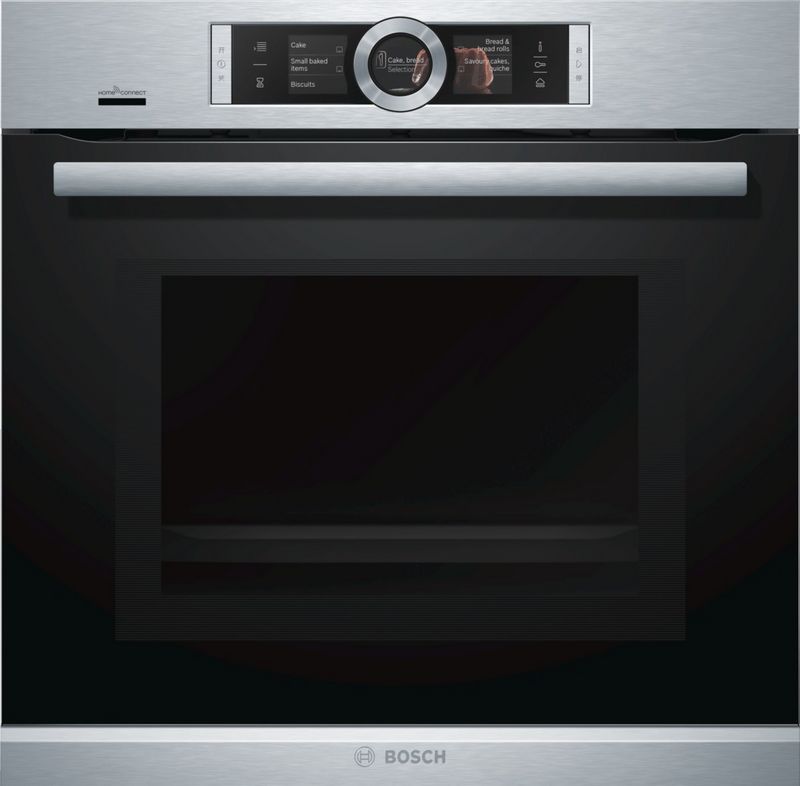 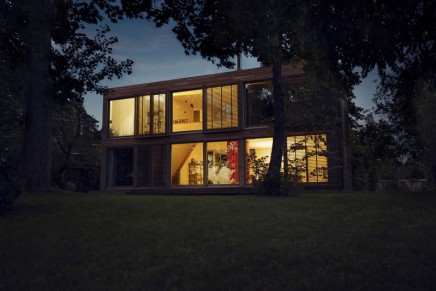 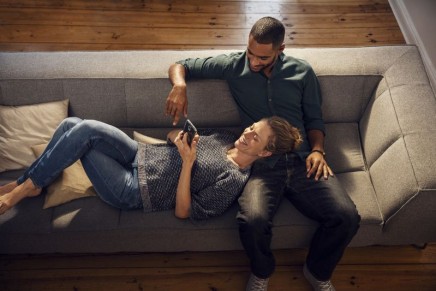 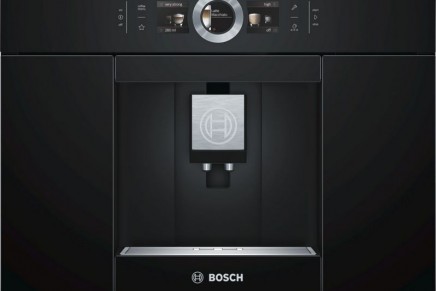 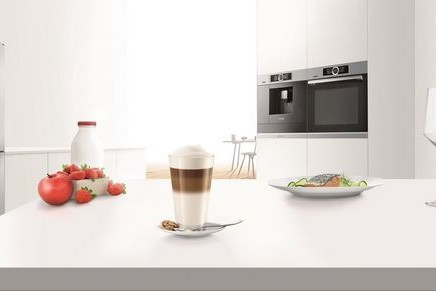 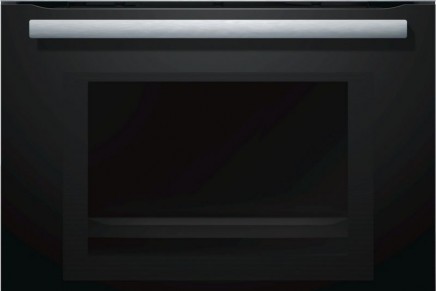 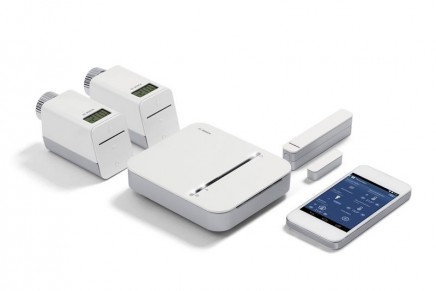 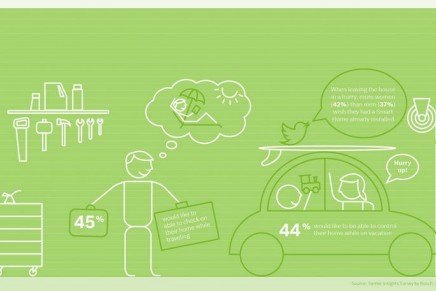 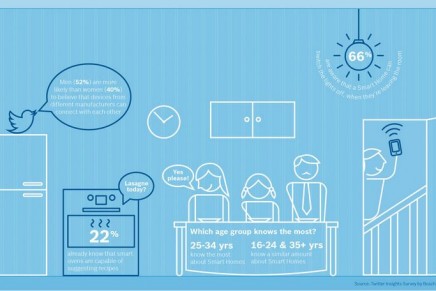 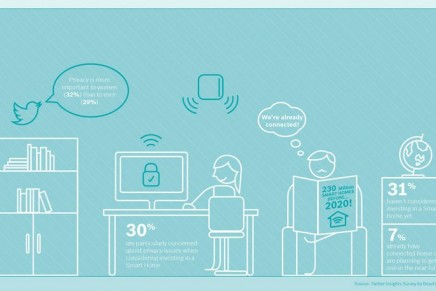 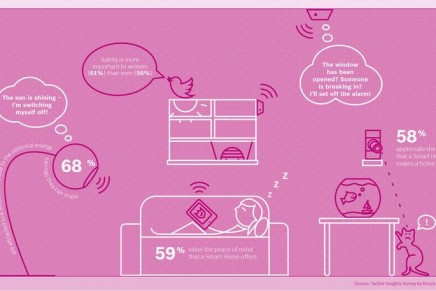