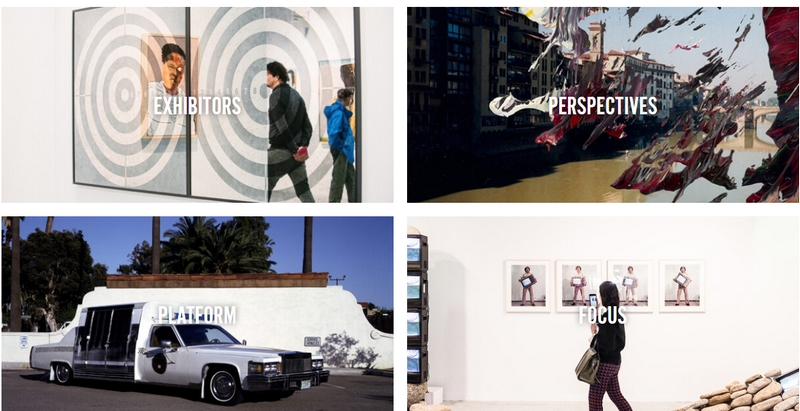 This article titled “Greta, crude oil and animal farming: behind a climate-conscious Armory show” was written by Nadja Sayej, for theguardian.com on Thursday 5th March 2020 19.29 UTC

There’s a corny joke going around this year’s Armory show that instead of shaking hands – to stay coronavirus-free – there’s the Armory arm bump, like bumping fists, but with elbows. Arm-ory, get it?

But the virus leading to the cancellation of several cultural events across the world, the much-anticipated annual New York art fair has proceeded as usual (with only the odd mask-wearing fair-goer). About eight art fairs within the show are opening this week, featuring hundreds of artists and galleries across Manhattan. This year, the most pronounced theme is environmental art.

Baltimore artist Cynthia Daignault is showing a new set of paintings at the Night Gallery Booth at the Armory entitled Delia’s Gone, a series focused on powerful women in the public eye – from Malala Yousafzai to Alexandria Ocasio-Cortez to Greta Thunberg. “It’s hard with the current media climate to not be thinking about the role of women in power,” said Daignault. “There’s a real price that’s paid with that power, they face intense backlash.”

Her portrait of Thunberg ties into her tradition of environmental-focused art, specifically, how natural beauty is met with destruction. “There’s a fear that’s grounded in real facts and changes we’re seeing; fires, floods, natural disasters but also the warming climate, the rising sea levels,” she said. “There’s a corresponding anxiety that goes along with that.”

In a seductive, sleek digital video on view at the bitforms gallery booth at the Spring/Break art show, New York artist Jonathan Monaghan looks at the digital age’s connection to excess. “It’s about the end of the world, where there’s a lot of concern, ecologically speaking, about sustainability and the future of our current system, which is on shaky ground,” said the artist, whose video Out of the Abyss suggests the effects of consumer consumption. With online shopping growing at an exponential rate, free shipping services have a huge carbon footprint with freight vehicles in constant transit (the electric vans Amazon promised won’t hit the road before 2024).

“I’m interpreting the apocalypse for the digital age, it’s about the environment and ecology, but also surveillance and mass media,” Monaghan said. “In the video, we’re looking at the recreation of an Amazon Go store, where there’s no checkout, you take things off the shelves and Amazon knows what you bought and who you are. With our obsession with buying things and surveillance, it’s connected; there’s a discord between the natural elements and the synthetic elements.”

Iranian American artist Sheida Soleimani will also be continuing to focus on Iran’s political climate for her symbol-heavy artwork. Here, she sheds a light on crude oil consumption at the Edel Assanti booth at the Armory, by the way of crude petroleum byproducts. “Basically, everything in the word is made from crude petroleum oil, it’s also an environmental hazard,” said Soleimani, rolling her eyes, whose works in the purple-painted booth look to the recent protests in Iran, the oil and uranium enrichment, Iran’s internet blackout and blame0shifting between Donald Trump and Hassan Rouhani, who point their fingers at each other here.

In one piece, she has photographed consumer products that use ‘Iran Heavy’ crude oil, which is produced on Kharg Island; she shows a disfigured portrait of a fish chewing bubblegum, as bubblegum is made of crude oil, stylized as a luscious product photo. It’s shown alongside gym weights, which are also filled with the oil. The crude oil is not only destroying the environment, but the agricultural sector in Iran. “Fish you’d find in the area, which is being destroyed by oil pollution in the water, are dying,” said Soleimani. “It’s about the give and take. What do we get from it and what dies from it?”

New York-based artist Scooter LaForge has built a booth at Spring/Break made entirely from recycled materials. “Everything here is upcycled or recycled,” he said, pointing around. “The plates are secondhand from a Chinese restaurant, all the walls are covered in donated fabric, or stuff from Salvation Army, this wood I found on street for my canvases,” he said. The booth, Please Don’t Feed the Animals, looks at what he calls a “beastly banquet” that links animal farming with the climate crisis.

“It has to do with agriculture and farming animals, its connection to global warming and the fires in Australia and Brazil,” said LaForge. “The plates represent slaughtered animals and the bowls represent a happier animal, how farming and agriculture is a direct effect to fires and wildfires.”

With the recent news of tropical forests losing their ability to absorb carbon, which will see lasting effects over the next decade, the Brazil fires hit a deep spot for the artist. “In Brazil, they burned the indigenous rainforest to create farms for animals, and the dryness in Australia is a direct result of global warming and emissions from animals in agriculture,” he said.

The artist’s work is loosely based on trailblazing feminist artist Judy Chicago’s famed 1979 piece The Dinner Party, which offers a table place for overlooked women in history. Here, the table places are for animals.

Upon walking into Washington-based artist Rachel Schmidt’s booth at Spring/Break, one can’t help but think of garbage – junk is strewn across the floor. “That’s my microwave that broke,” she says, pointing to a box in the corner, alongside single-use plastic waste. This project, Vanishing Points, puts consumer products on view, some of which will take 450 years to fully biodegrade (the artist links the time span from the Baroque era). Curated by Dawne Langford, the artwork includes recycled tissue paper, paint cans, bottles and foam packaging. “I focused on plastics that will not be recycled,” said Schmidt. “The majority of the plastics here are all type five and six plastics that will never get reused or processed. Really, the only way to not have them here is to stop consuming, but how close are we ever going to get to that?”

The artist’s videos here are inspired by how climate change has impacted different parts of the world. “Everyone is handling it a bit differently, there’s clips I shot in Taipei, where they recycle everything,” she said. The artist, too, is mindful of how she recycles. Schmidt has committed to a more sustainable, eco-friendly practice by repurposing other materials. “There’s a ton of exciting stuff going on in Taiwan because they’re an island,” she said. “They’re going to feel the impact of climate change in a more abrupt fashion than most of us will.”