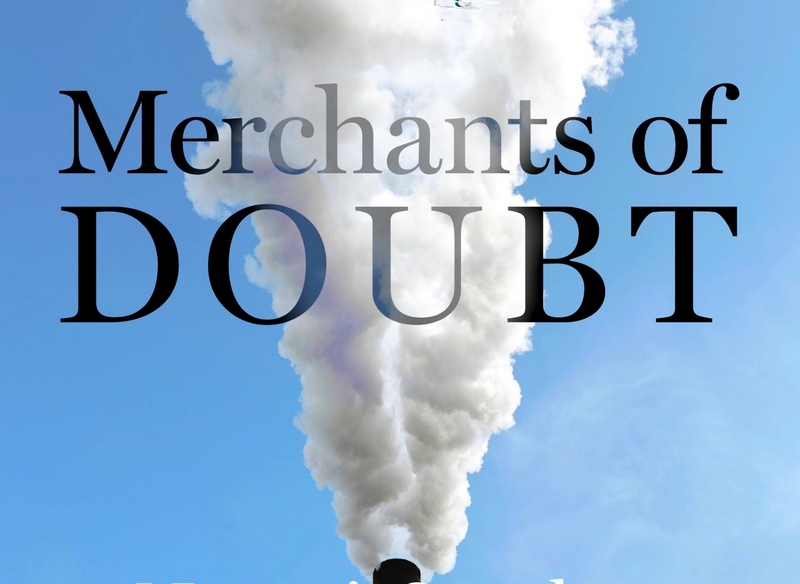 An undercover sting by Greenpeace has revealed that two prominent climate sceptics were available for hire by the hour to write reports casting doubt on the dangers posed by global warming.

Posing as consultants to fossil fuel companies, Greenpeace approached professors at leading US universities to commission reports touting the benefits of rising carbon dioxide levels and the benefits of coal. The views of both academics are well outside mainstream climate science.

The findings point to how paid-for information challenging the consensus on climate science could be placed into the public domain without the ultimate source of funding being revealed.

They come as government ministers meet in Paris this week to try to reach an agreement to fight climate change, and one month after it emerged that ExxonMobil and Peabody Energy were under investigation in the state of New York over claims of misleading the public and investors about climate change.

Over the course of their investigation, Greenpeace posed as the representative of a Middle Eastern oil and gas company and an Indonesian coal company. In the guise of a Beirut-based business consultant they asked William Ha pper , the Cyrus Fogg Brackett professor of physics at Princeton University, to write a report touting the benefits of rising carbon emissions, according to email exchanges between the professor and the fake company.

Happer is one of the most prominent climate sceptics in the US and on Tuesday was called to testify at a congressional hearing into climate “dogma” convened by Ted Cruz, the Republican presidential candidate and chair of the Senate science committee. He is also chairman of the George Marshal Institute in the US and an adviser to the Global Warming Policy Foundation in the UK.

Reacting to the sting at the UN climate talks in Paris, US secretary of state John Kerry was dismissive of the impact of such paid-for work. “One professor or one scientist is not going to negate peer-reviewed scientists by the thousands over many years and 97% of the scientists on the planet,” he said.

The proposed report for the fake consultant was intended to highlight the negative aspects of the climate agreement being negotiated in Paris, he was told in the email approach. The physicist was receptive to the commission, and asked to donate his fee to the CO2 Coalition, a group founded this year to “shift the debate from the unjustified criticism of CO2 and fossil fuels”.

“My activities to push back against climate extremism are a labor of love, to defend the cherished ideals of science that have been so corrupted by the climate change cult,” he wrote in an email. He did not respond to a request from the Guardian for comment.

The campaign group assumed another false identity, posing as an Indonesian energy consultancy, to approach Frank Clemente, a retired sociologist formerly at Pennsylvania State University, to commission a report countering damaging studies on Indonesian coal deaths and promoting the benefits of coal, according to the email exchanges.

In both cases, the professors discussed ways to obscure the funding for the reports, at the request of the fake companies. In Happer’s case, the CO2 Coalition which was to receive the fee suggested he reach out to a secretive funding channel called Donors Trust, in response to a request from the fake Greenpeace entity to keep the source of funds secret. Not disclosing funding in this way is not unlawful under US law.

Also, in an email exchange with the fake business representative, Happer acknowledges that his report would probably not pass peer-review with a scientific journal – the gold-standard process for quality scientific publication whereby work is assessed by anonymous expert reviewers. “I could submit the article to a peer-reviewed journal, but that might greatly delay publication and might require such major changes in response to referees and to the journal editor that the article would no longer make the case that CO2 is a benefit, not a pollutant, as strongly as I would like, and presumably as strongly as your client would also like,” he wrote.

He suggested an alternative process whereby the article could be passed around handpicked reviewers. “Purists might object that the process did not qualify as a peer review,” he said. “I think it would be fine to call it a peer review.”

Greenpeace said its investigation demonstrated how, unbeknownst to the public, the fossil fuel industry could inject paid-for views about climate change into the international debate, confusing the public and blocking prospects for strong action to avoid dangerous warming.

“Our research reveals that professors at prestigious universities can be sponsored by foreign fossil fuel companies to write reports that sow doubt about climate change and that this sponsorship will then be kept secret,” said John Sauven, the director of Greenpeace UK. “Down the years, how many scientific reports that sowed public doubt on climate change were actually funded by oil, coal and gas companies? This investigation shows how they do it, now we need to know when and where they did it.”

Such practices are receiving greater scrutiny in academic circles after it emerged that Dr Willie Soon, a researcher at the Harvard-Smithsonian Center for Astrophysics who rejects mainstream climate science, was financed almost entirely by fossil fuel companies and lobby groups and a foundation run by the ultra-conservative Koch brothers. The Smithsonian launched an investigation.

In Happer’s case, the physicist declined any personal remuneration for his work but wanted his fee donated to the CO2 Coalition. Happer wrote in an email that his fee was $250 an hour and that it would require four days of work – a total of $8,000. “Depending on how extensive a document you have in mind, the time required or cost could be more or less, but I hope this gives you some idea of what I would expect if we were to proceed on some mutually agreeable course,” he wrote.

Clemente, who was approached by the sham Indonesian firm to produce a report countering findings linking coal to high rates of premature death, said such a project fell within his skill set. He estimated a fee of about $15,000 for an eight-to-10-page paper, according to email correspondence released by Greenpeace. The professor said he charged $6,000 for writing newspaper opinion pieces.

He said there was no problem quoting him as professor emeritus at Penn State, or obscuring the funding for the research. “There is no requirement to declare source funding in the US. My research and writing has been supported by government agencies, trade associations, the university and private companies and all has been published under the rubric of me as an independent scholar – which I am.”

Clemente told the Guardian that he acted as a consultant to “many industries that improve the human quality of life”.

He added: “I fully stand behind every single statement I made in my emails. I am very proud of my research and believe that clean coal technologies are the pathway to reliable and affordable electricity, reduction of global energy poverty and a cleaner environment.”

“I write is an independent scholar and University is not responsible for any of my work. This is called academic freedom in the United States,” he said.

Greenpeace said it had approached a total of seven prominent figures in the US and UK climate denial movement. The other five declined, either citing time pressures and area of expertise, or just did not respond.

Greenpeace argues its investigation offered a rare glimpse into the practice of clandestine industry funding of reports casting doubts about the threat of climate change. The campaign group argues that obscuring funding in this way dupes the public into thinking the reports are produced by the scholars independently with no financial interests at stake.

Happer, who served as an energy adviser for former president George HW Bush, has long argued that rising carbon emissions are a net benefit for humanity.

He returned to the point in his email exchanges with the fake entity, saying: “The Paris climate talks are based on the premise that CO2 itself is a pollutant. This is completely false. More CO2 will benefit the world.”

Naomi Oreskes, a science historian at Harvard University and author of Merchants of Doubt, a book about the climate denial movement, said Happer had been deploying the same arguments that CO2 is good for agriculture for about 20 years – even though such claims have, she said, been thoroughly debunked. “He has been recycling refuted arguments for quite some time now,” she said.

“Happer sits in the profile of people we wrote about in Merchants of Doubt,” she said. “I’ve always argued that for this group of people, cold war physicists, it’s not about money, it’s ideologically driven.”

Meanwhile, Peabody Energy regularly cites Clemente’s research to make its case that expanding coal use to developing countries would help eliminate global poverty. That argument runs counter to the thinking of financial institutions such as the World Bank which has rejected the notion of coal as a poverty cure.

Happer noted he had also donated an $8,000 fee from Peabody for testimony in a Minnesota state hearing on the impacts of carbon dioxide to the CO2 Coalition.

Happer did not dispute the veracity of the emails, but refused to address questions.