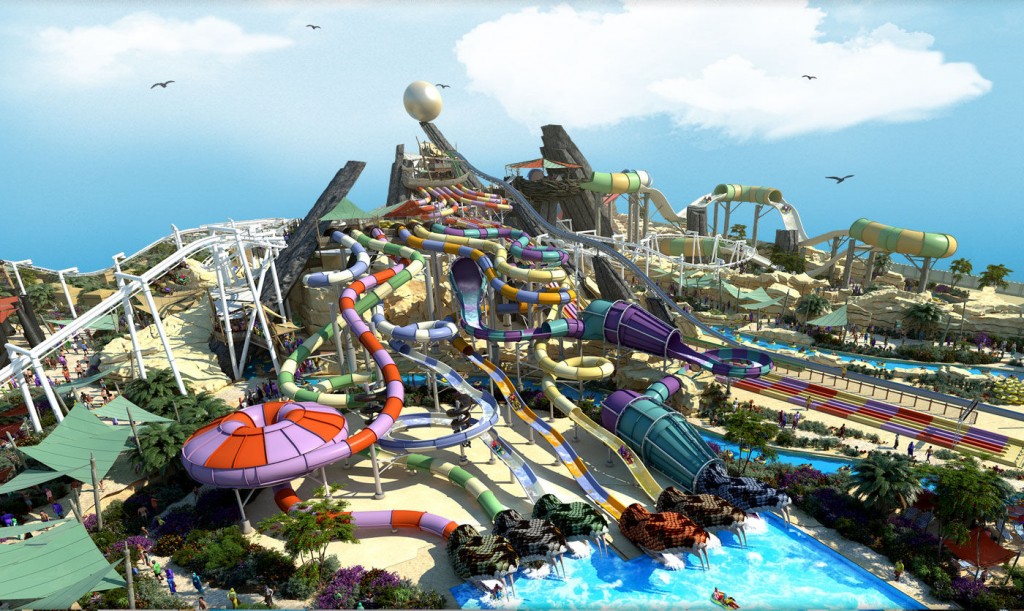 Giant Abu Dhabi water park Yas Waterworld will open on January 24. Yas island, which is already the site of a Ferrari theme park, will accommodate a huge water park with the biggest artificial waves in the world and 238 meters long Dawwama, the biggest water slide in the world. This 6-person water ride will create the 1st hydromagnetic-powered tornado in the world. Yas Waterworld Abu Dhabi is the first “green” certified waterpark in the Middle East and the fifth waterpark in the UAE after Wild Wadi, Aquaventure (Atlantis), Dreamland Aquapark in Umm Al Quwain and Iceland Water Park in Ras Al Khaimah.

Next door to Ferrari World Abu Dhabi, Yas Waterworld will be the largest waterpark in Abu Dhabi. Spread over 15 hectares, the waterpark will feature a thrilling range of 43 rides, slides and attractions. Four rides will be one-of-a-kind that have never been seen in a waterpark, announced Yas Waterworld officials.

Yas Waterworld Abu Dhabi’s theme is based on a legend that represents local Emirati culture and heritage. Visitors will be able to enjoy
attractions that follow the adventures of the waterpark’s main character Dana – a young Emirati girl in search of a legendary pearl that brought prosperity to her village. Building on the legend, the park will have a unique pearl diving attraction that showcases the role pearl diving played in the UAE’s  history.

“We have installed the first interactive suspended roller coaster in a waterpark utilising water effects as well as special effects triggered by on-board laser guns, we have the world’s first 6-person hydromagnetic tornado and mammoth watercoaster, the first AquaLoop in the region, an incredible maze of 6 slides which contain light, sound, and video effects and much, much more,” added Oswald. 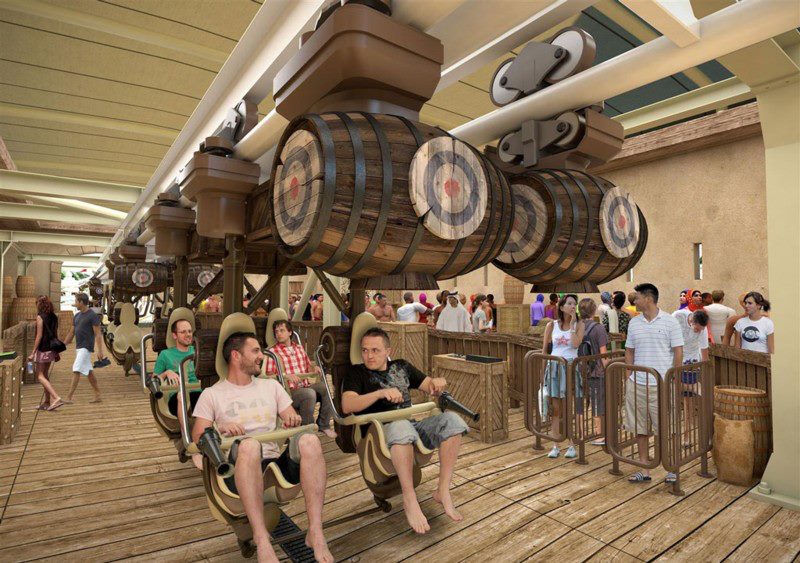 The top 5 park attractions include:

Bubbles’ Barrel: The world’s largest surfable sheet wave, the Bubbles’ Barrel features a 3-metre high wave and 1,250 pumps pushing 7,000 litres per second. The smaller Rush Rider is designed for those new to flowboarding and surfing.

Bandit Bomber: The 550-metre Bandit Bomber roller coaster boasts 80-litre barrels above the riders, which they can then release along selected sections of the ride on park visitors below. An on-board laser special effects system will also put passengers in control of geysers and jets from their seats.

Amwaj: The Middle East’s largest wave pool alternates between calm waters and thrilling waves. Located just below the park’s iconic Mother Pearl, the pool is a great place to cool down.

Marah Fortress: Yas Waterworld is not just for the adrenaline junkies. The Marah Fortress is a children’s playground featuring six slides, two dumping buckets, a water-shooting geyser and water cannons. 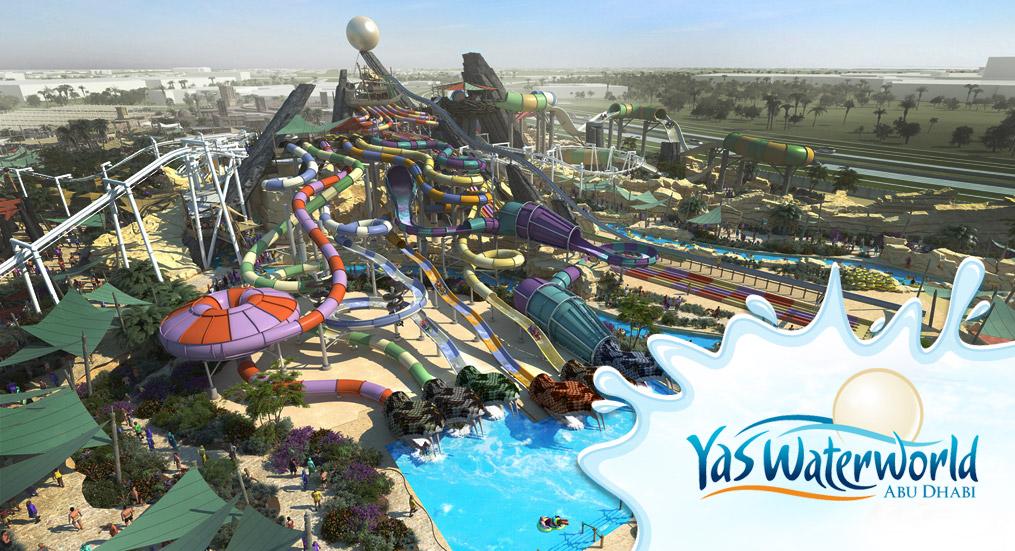